Get the best out of St. Patrick’s Day in Dublin

St. Patrick’s Day — the only national holiday that’s celebrated all over the world. The Eiffel Tower, the Colosseum, Christ the Redeemer in Rio, the Pyramids of Giza,  the London Eye, the Chicago River, the Empire State Building, Edinburgh Castle, and even the Great Wall of China go green for Paddy’s Day. Say what you want about the Irish, people like our parties!

Needless to say, the best place to celebrate Ireland’s national holiday is in the fair city of Dublin. There’s so much going on in the Irish capital, we can’t fit it all into one day — we need five!

Grab your lucky shamrock hat and get ready to party. The St. Patrick’s Festival spans five days in Dublin from March 14th-18th, although the big day itself is on Sunday, March 17th.

Here are some of the best things to do during the St Patrick’s Day Festival in Dublin.

Kicking off festivities in Dublin’s trendy dockland district, Ireland’s largest craft beer appreciation party returns for another year, at the fittingly barrel-shaped Convention Centre. Featuring over 300 sample-ready varieties of craft beer, cider, and spirits, as well as lots of live music, delicious food, and Six Nations Rugby on three of the largest screens in Dublin, it’s definitely worth a try. 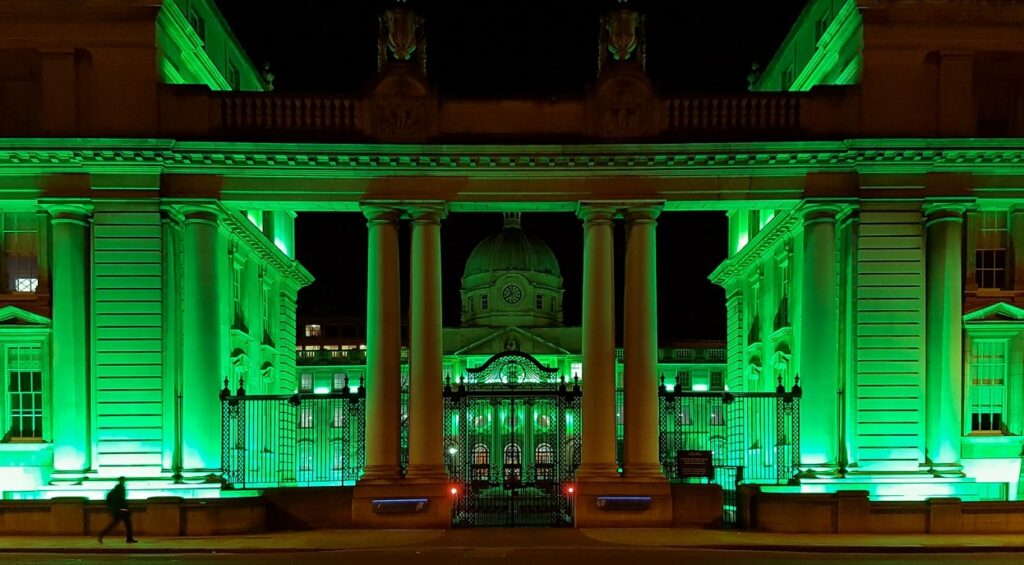 Take a walk around the city and see some of its most iconic buildings all lit up in green. Wear green yourself and banish the need for coloured Instagram filters!

Starting at Parnell Square and winding its merry way through Dublin’s city-center, Ireland’s flamboyant St. Patrick’s Festival Parade is a moveable feast of colour, clamor, and an occasional day-beer! The country’s leading street theatre artists and musicians turn out to paint the town green, and pubs around the capital become wedged with revelers from the early hours till closing time and beyond.

The theme of this year’s parade is storytelling, a tradition with deep roots in Irish culture. So you can expect a bit of narrative woven into the dazzling display of dancers, rhythmic drummers, larger-than-life parade floats, and marching bands strutting their stuff through the thronging thoroughfares. Shamrock face paint and giant green top hats are also provided by enterprising street vendors on basically every street corner, so you have no excuses not to go full-leprechaun! 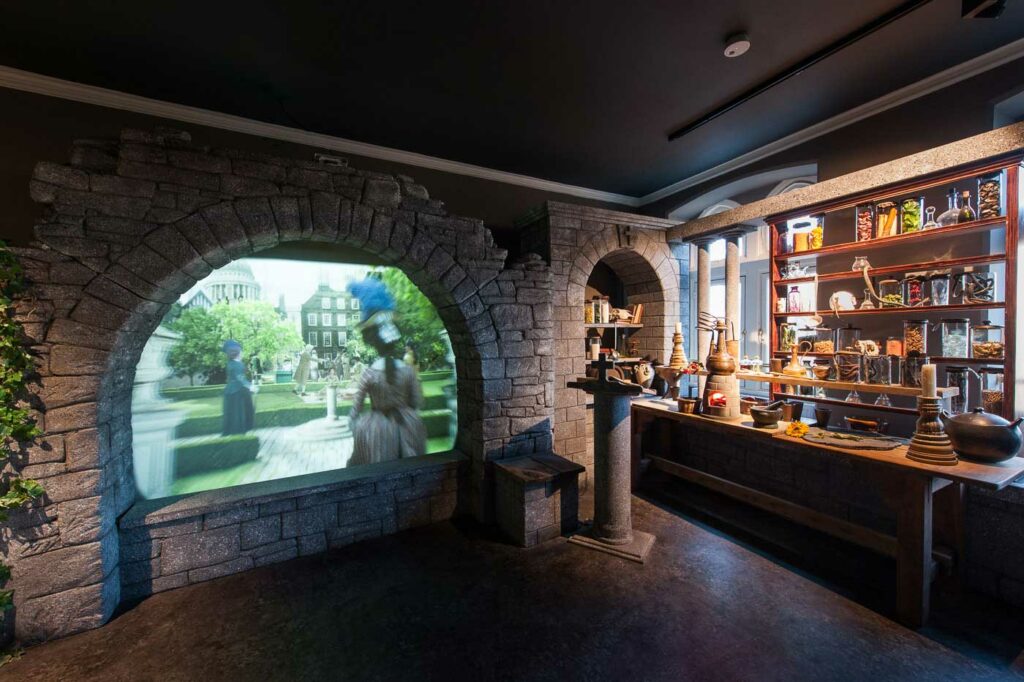 Learn everything there is to learn about whiskey before seemingly everyone in town starts snorkeling in it. Head for an interactive tour of Dublin’s Irish Whiskey Museum and check out memorabilia dating back to the 1800s. Your trusty guide will tell you all about the museum’s origins on two fascinating tours; each includes an essential Paddy’s Day tasting at the end. Want more? There are excellent views of Trinity College from the museum’s modern bar — so use that as your excuse for staying a little longer (hic!). 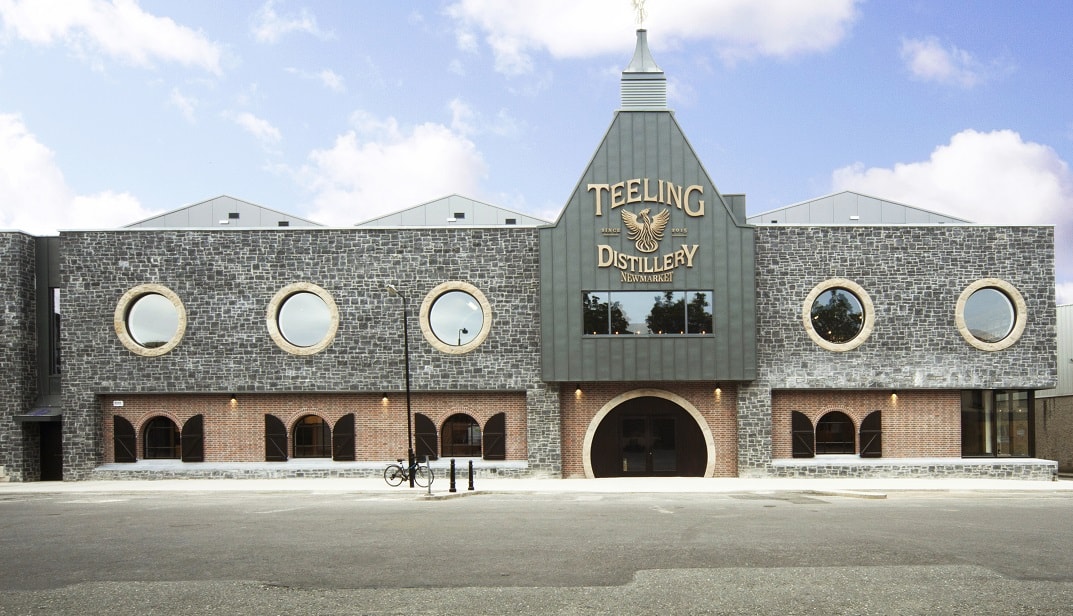 It wouldn’t be St. Patrick’s day without yet more amber nectar, so once you’ve covered the museum, why not get yourself to the heart of the action at the Teeling Whiskey Distillery? Here you can explore a fully operational distillery in the heart of Dublin, in the company of a certified Whiskey Ambassador (the most Irish of all job-titles!). Teeling has been making whiskey for 230 years, so they’ve got their technique pretty much down at this point. Peruse the ingredients, get a whiff of the barrels, and get stuck into the tastings. Careful though, there’s a long night ahead of you yet.

Climb aboard the scariest double-decker bus in town, near Trinity College, and travel back to the Middle Ages, with a somewhat macabre end to the Paddy’s Day madness. You’ll get the lowdown on all of Dublin’s dastardly characters from the past as you’re led past Dublin Castle, St. Audoen’s Church (AKA ‘Hell’), Kilmainham Jail, Glasnevin Cemetery, and Bully’s Acre. Your ghoulish guide will recount the myths and legends from a time when Dublin was ravaged by the plague, and when you’re done, get back to the boozing with a Ghoulish Drink at the Gravediggers Pub! 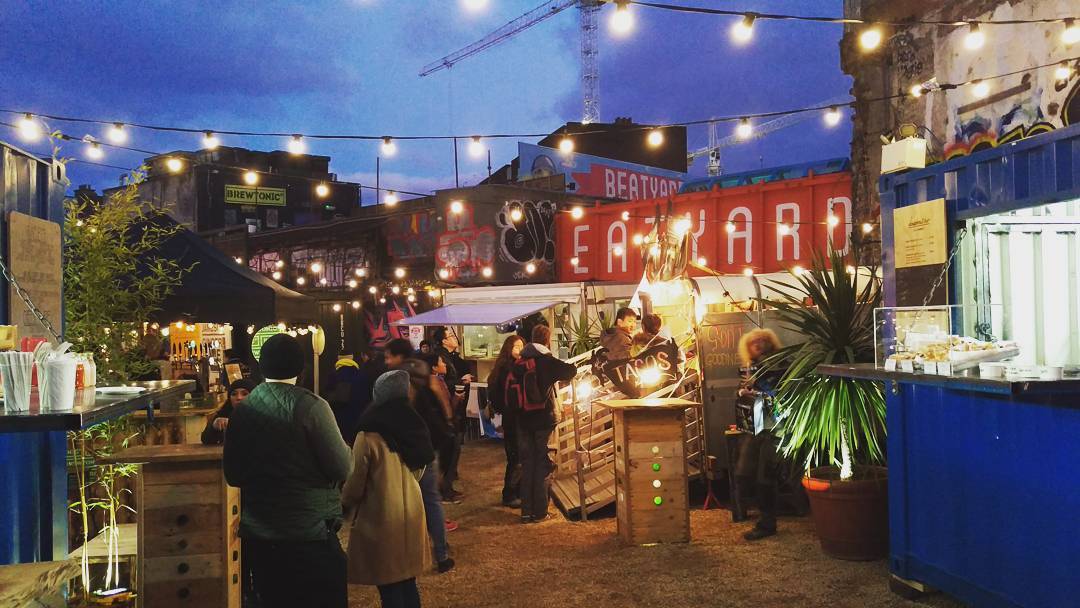 If it’s sunny, you can’t beat a pint of Guinness in a Dublin beer garden. Chances are these top faves will be heaving on St. Patrick’s Day, so get amongst it and soak up the atmosphere, as well as some proper Irish beer.

Determined to combat the unstoppable rise of gin as the preferred libation of anyone not holding a beer and wondering what all the fuss is about, the Bowery is a spacious rum bar and live music with a distinctive pirate ship aesthetic. It’s arrrgghuably the perfect Paddy’s Day starting point. Located in the vibrant neighborhood of Rathmines, it’s a great spot to meet people or catch an impromptu open-mic session

Hands-down the snazziest bar in Dublin, the Liquor Rooms is an underground cocktail bar/speakeasy located along the south side of the River Liffey. It’s a winding maze of vintage chic, with hidden booths, sultry lounge music, delicious finger-food, and decor straight out of the 1930s. The cocktail menu is almost endless, but if you can’t see something you like, the dapper mixologists are happy to rustle something up for you on request.

Located just off Dublin’s centrally located O’Connell Bridge, Sweetman’s is a multi-level bar and brewery, that draws a nice mix of people from all walks of life. Whether you like a buzzing bar with live music or a more low-key auld-man pub experience, Sweetman’s has you covered, and their selection of homebrews is very impressive.

Another bar that acts as its own brewery is the Porterhouse. Featuring two locations 5 minute’s walk from each other on the south side of the Liffey, The Porterhouse has the distinction of offering the most controversial pint in Dublin. Their very own Oyster Stout is said to be even darker, creamier, and more delicious than a pint of Guinness… of course, there’s only one way to find out… But maybe order another, you know, just to be sure! 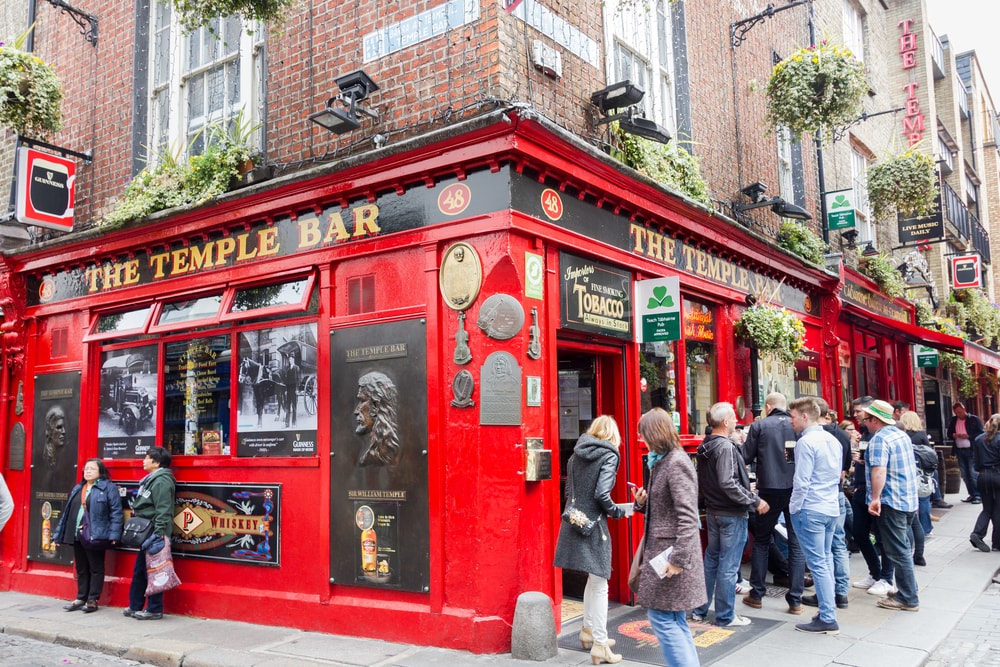 Much like a dumpster fire is rather fun to watch burn, Temple Bar on St. Patrick’s Day is the best place for reminding yourself how ‘just one more drink’ is never a great idea when you’ve already had 29. If you can’t beat em, join em in Temple Bar! There’s usually live music to lure you into a host of cool, poky bars rammed with locals and tourists. Enjoy a Paddy’s pub crawl and don’t forget to buy some aspirin on the way home. You’ll need that in the morning.

Got any St. Patrick’s Day ideas for Dublin that we haven’t covered (but really should)?

The Joy of Nature at the Van Gogh Museum