Muiderslot Castle is only 15 kilometers from Amsterdam, but it’s an entire world away from the hustle and bustle of the Dutch capital. Dating all the way back to the 13th century, this enchanting medieval marvel is one of the oldest and most storied castles in the Netherlands.

Now a national museum open to the public, its Middle Age architecture, gorgeous gardens, pastoral setting, and fascinating historical exhibits make Muiderslot Castle a must-visit attraction for anyone looking for a unique and memorable day out near Amsterdam.

So if you need a break from the present, take a time-travelling trip to this beautiful relic of the Dutch past, and get a feeling for what life was like in the 15th-18th centuries. Here’s what you can expect from Muiderslot Castle.

A peek into the history of Muiderslot Castle

Muiderslot was first built in 1280 at the mouth of the Vecht River by Count Floris V, the ruler of what was then Holland and Zeeland. While relatively small in size compared to some of Europe’s more dramatic castles, its function was no less important at the time: providing a strategic defensive position while also helping to enforce a toll along an important trade route.

Count Floris would eventually meet his own gnarly demise at the hands of several powerful local lords, who imprisoned him in his own castle, perforated him with daggers when he tried to escape, and then demolished the whole castle a few years later. Taxes were clearly just as popular in the 13th century as they are today!

Fast-forward 100 years, and another count, this time Albert I, Duke of Bavaria decided to tempt fate by rebuilding the castle on the exact same spot with the exact same building plans. While he had a quieter reign than Count Floris, he was dogged by political unrest and many a battle with the Frisians in the north.

In the late 16th century, the castle passed into the hands of its most famous owner, the renowned Dutch poet P.C. Hooft, who spent 39 summers entertaining friends and other poets and artists in the castle. Hooft expanded the gardens and orchard, and had some more defensive sections inside and outside the castle installed. Given the fate of the castle’s previous owners, who could blame him!

Muiderslot Castle was used as a prison in the 18th century, before being abandoned and left to decay, and was almost completely demolished for the second time in the 19th century. But, King Willem I decided this unique piece of Dutch heritage needed to be preserved, and so ordered it be renovated once again. He hired none other than famous Dutch architect Pierre Cuypers (who designed Amsterdam’s Rijksmuseum and Central Station buildings) to renovate the castle and restore it to its 17th-century glory.

Muiderslot was restored for the final time again in the 1950s, and today, the castle is a patchwork of historical styles from Medieval defences to 17th-century elegance, and just a splash of Dutch pragmatism. While it’s not the biggest castle in Europe, it packs a lot of character and a whole library’s worth of intriguing history within its relatively humble castle walls.

What to see and do at Muiderslot Castle

No fairytale castle would be complete without some charming manicured gardens to complete the look, and Muiderslot Castle is no exception. Before setting foot inside the castle, you may first want to take a leisurely stroll through the gorgeous 17th-century green spaces, vegetable and herb gardens, and the tranquil plum orchard that P.C. Hooft planted. There’s also a rather magical tunnel of beech trees that looks like it would have made a better a secret corridor into Narnia than a wardrobe!

While undeniably pretty, the gardens served as much a practical purpose as an aesthetic one back when they were first designed. Because there was a distinct lack of convenience stores or takeout services back in the 17th century, the garden’s primary function was to provide food for the owners and servants of Muiderslot Castle.

The vegetable garden is split into four quarters; one for cabbage, one for carrots, one for leafy vegetables, and a mixed quarter for beans, legumes, and other vegetables. Meanwhile, the herb garden provided the best medicines, textiles, and flavor enhancers that the early 17th century could offer.

The really cool part? The gardens today are kept exactly as they would have been back in the 17th century, with authentic heirloom vegetables and the same herbs and plants that made up the 17th-century diet. Lekker!

One of the first things you’ll notice about the castle itself is the enormous defensive moat that surrounds it. You don’t go to the trouble of building a beautiful fairytale castle just to have some no-good invaders show up and plunder all your precious riches. So, when any would-be castle crashers showed up, the drawbridge would be raised and anyone not taking the hint would be subjected to target practices from archers along the castle walls.

Unfortunately, the moat didn’t contain any crocodiles or piranhas. However, given the fact that the castle’s long-drop toilets were built right into the outer walls, and designed for everything to fall directly into the water below, swimming in it was probably not a popular invasion technique.

The moat was just one very small part of Muiderslot Castle’s aquatic defences. The castle was actually one of release points for the water-based defense lines of the Netherlands. This defence system basically allowed the strategic flooding of Holland and Zeeland to defend the country from foreign invasion, effectively creating a giant moat around the Netherlands.

In a timeless example of clever Dutch engineering, just enough flood water was released so that enemy horses could not pass through, but not enough water for enemy boats to be able to sail either. That’s what you call pretty dam smart.

The defensive water line was named a UNESCO World Heritage Site in July 2021, and you can delve into how they work at the dedicated Water Shield pavilion at the rear of the castle.

Scurry across the old stone bridge and step through the main castle gates, where you’ll enter into a large open courtyard. You can look at pictures or videos, but nothing is quite like stepping inside the walls of a 700-year-old castle, as you’re instantly surrounded by high towers, imposing battlements, and narrow window slits just wide enough to aim a longbow through. If you’re a fan of certain medieval-themed tv shows and fantasy films, this is sure to be a wow moment.

While the exterior facade of Muiderslot Castle is undeniably medieval, the interior decor of the castle is decidedly more early-17th century. Each of the rooms within the castle has been lovingly restored to its 17th-century grandeur, with gorgeous antique furnishings that showcase the incredible level of craftsmanship and artistry of the era.

You’ll see handsome hand-carved oak furniture with exquisite detailing, ostentatious chandeliers, and moody oil paintings of grumpy-looking aristocrats. If it feels like you’re walking around a museum, it’s because you are! Top tip: don’t miss the Prince’s Chamber and Knight’s Hall, these are particularly impressive.

It’s a steep 83 steps to the tippy top of the tallest tower, but the spectacular views across the charming Dutch countryside, and the up-close view of the castle’s ancient defensive turrets justify the effort. If you’ve lived for any length of time in the Netherlands, conquering narrow staircases like these will probably be second nature to you, anyway!

Things to do with kids at Muiderslot Castle

Kids and museums don’t always mix, but Muiderslot Castle has plenty of kid-friendly activities to keep younger attention spans engaged. Although budding young knights will get plenty of mileage from the novelty of simply being in a real castle, it doesn’t hurt to let some of that extra energy out. From dressing up in suits of armor, jester costumes, and other fun fancy dress to thrilling interactive jousting games, archery practice, cannon firing, map-reading, and more, kids are kept busy and entertained at Muiderslot.

If you’re really lucky, you might even catch sight of a spectacular falconry display outside the castle. Another throwback to the castle’s history, Muiderslot has a long association with falconry that dates all the way back to Floris V. Seeing falcons and other majestic birds of prey swooping through the air with Muiderslot Castle as a backdrop is sort of a one-off experience!

How to get to Muiderslot Castle from Amsterdam

Muiderslot Castle is easily accessible from Amsterdam, and so there’s no excuse to not visit this magnificent cultural heritage site.

By car, it’s a quick 20-minute journey along the A1 Motorway, taking Exit 3 for Muiden/Weesp.

If you’re feeling active, it’s also entirely possible to cycle from Amsterdam to Muiderslot. With bike lanes the whole way from central Amsterdam, the journey will take you around an hour, but is the most scenic and most Dutch way to get there!

Visiting Amsterdam and looking for things to do at night? This Amsterdam nightlife guide has everything you need to know to have a great night out in the city of canals. 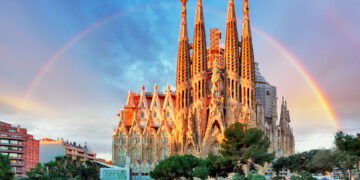 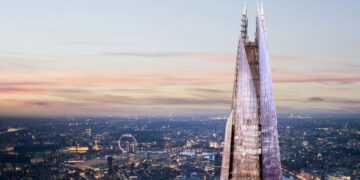 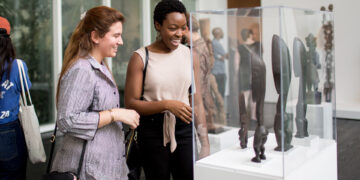 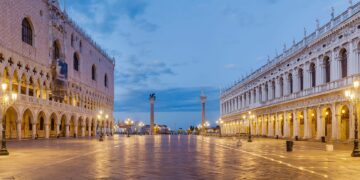 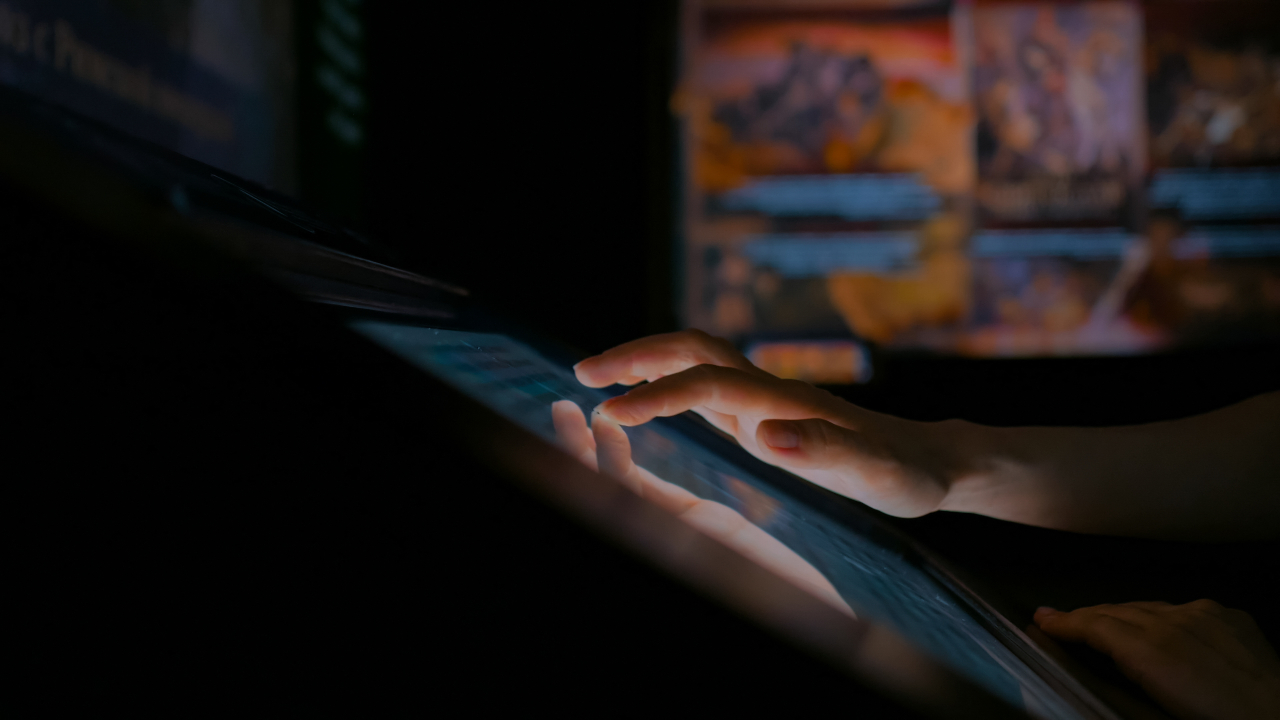 The Best Interactive Museum Experiences Around the World