As the most famous museum in Madrid and one of the largest, and most impressive, art museums in the world, it goes without saying that the Prado Museum is well worth seeing. So whether you’re just passing through the Spanish capital or enjoying an extended stay, don’t forget to add it to your agenda. Based on the former Spanish Royal Collection, the Prado Museum boasts world-renowned works by the likes of Velázquez, Goya, Titian and Rubens, and with over 7,000 artworks on display, you’ll find hidden gems aplenty.

This giant of a museum and its seemingly endless collection of famous paintings can seem intimidating. But fret not, fellow museum-goer! We’re here to help you plan your visit and navigate your way through one of the best museums in Madrid.

Ready to go? Get your official Prado Museum tickets here

Designed in 1785 by Architect Juan de Villanueva, our first highlight of the Prado Museum is the building itself.

The structure is a stunning example of Neoclassical architecture, which is characterised by a sense of grandeur, the use of columns and Roman detailing. The building has five entrances and a spacious great hall with a glass ceiling that allows for more light.

King Charles III commissioned the building and originally intended for it to house the Natural History Cabinet. However, his grandson King Ferdinand VII and his wife Isabel of Braganza decided to turn the building into an art gallery instead.

The museum was first opened to the public in 1819 and initially held some 300 paintings. Since then, the Prado has undergone several rounds of renovation and expansion, the most recent of which was completed in 2007.

Top tip: The Prado museum is vast, so it’s worth picking up a free paper map at the entrance. All the rooms are numbered from 1 to 102 in Roman numerals. It’s a good idea to brush up on your I, V, X, L and C.

Prado Museum Highlight #2: Famous paintings by Velázquez and Goya at the Prado

One of the most impressive aspects of the Prado Museum collection is the sheer number of paintings the museum owns by some of the world’s most famous painters. The Prado is home to more than 140 artworks by Francisco Goya and 61 artworks by Diego Velázquez. These are the largest collections of works by these two artists in the world. Fans of the great Spanish painters will delight in the opportunity to see so many of their works in one space.

Some of our favourites include:

The Third of May, 1808 is believed by many to be one of the greatest paintings of all time, and it’s been a must-see in the Prado Museum since 1827. Known to many art aficionados as the world’s first modern painting, it’s a frightening depiction of the horrors of war inflicted by the French on Spanish freedom fighters on 2 May 1808.

Goya had an illness that made him go deaf, and his anger and impatience with this situation resulted in a major change in his work, most notably in a series of 14 haunting paintings. The Black Paintings used to adorn the walls of Quinta del Sordo (House of the Deaf Man) and were transferred to canvas in 1873.

Top tip: If you’re keen to keep your Prado Museum visit to less than 2 hours, skip straight to the Feeling Quick and Ambitious section of this post.

Some of our favourites include:

Rembrandt supposedly used his wife Saskia as the model for Artemisia – which depicts a young queen draped in sumptuous finery. There is some confusion around which young queen is featured in the painting. It has two names: Artemisia Receiving Mausolus’ Ashes and Sophonisba Receiving the Poisoned Cup and is signed “REMBRANDT F: 1634″. If it depicts Artemisia, the cup she holds is likely an ash and herb homage to her dead husband. In the case of Sophonisba, it’s the poison that killed her.

The Triumph of Death by Pieter Bruegel

In this rather macabre painting, you’ll notice that while some people appear to be struggling against their fate, others seem fairly accepting of the arrival of death. This sinister panorama is courtesy of the Flemish master Pieter Bruegel and depicts the ever-present threat of death in medieval Europe, that was introduced by the Black Death.

Top tip: Keen to hone in on the Prado’s Flemish paintings collection? Some of the most famous Prado museum paintings in this category include: The Descent from the Cross by Rogier van der Weyden, Hieronmyous Bosch’s Garden of Earthly Delights and Rembrandt’s Judith at Holofernes’ Banquet.

Of course, the Prado has a jaw-dropping collection of artworks by famed Italian painters as part of its artistic artillery! Titian is especially well represented at the Prado thanks to his close relationship with Charles V and Philip II. The Venetian Renaissance painter was responsible for several portraits of both Charles and his son and his style of official portraiture was adopted by many painters after him.

There are more than 40 artworks by Titian on display at the Prado, a number of which are royal portraits. A favourite is his portrait of Charles V at Múhlberg.

An impressive oil-on-canvas painting, this portrait of Charles V on Horseback was painted by Titian in 1548. It was created as a tribute to Charles V, after his victory against the Protestant armies in the April 1547 Battle of Múhlberg. The gleam on Charles’ armour and the use of deep reds on canvas represent heroism in battle.

The Prado Museum also features artworks by a number of well-known 17th-century, Italian painters including Caravaggio, Luca Giordano, Carracci, and Guercino. We can thank Philip IV for this part of the museum’s collection. The Spanish monarch commissioned a number of works for his royal residence, the Buen Retiro, during his reign in 1621-1640. Don’t miss these masterpieces: Caravaggio’s David with the Head of Goliath and Carracci’s The Assumption of the Virgin.

As you’ve no doubt worked out by now, Spain’s national art museum is much more than a showcase for famous Spanish painters and their artworks. It’s also home to some of the greatest Dutch, Italian, Greek and Flemish painters’ artworks. In fact, the Prado has the largest collections of paintings by Bosch, Titian, El Greco and Rubens.

If you’re interested in looking past the Spanish names that the Prado is known for and more closely at some of the museum’s hidden gems, we recommend making these a part of your Prado tour.

DIY Prado tour options for people who are…

If you’ve only got a weekend in Madrid or you’re prone to art gallery fatigue, do yourself a favour and pick out a few must-sees instead of wandering around aimlessly and missing out on the Prado’s greatest hits. We’ve rounded up the top 10 things to see at the Prado Museum to make your visit a fast and furiously brilliant one.

… With the whole family

Let’s face it: art museums and kids can be a bit of a hit-and-miss. Dragging your little ones and a less-than-fascinated spouse past all 7,000 artworks on display may prove a less than an optimal way to make art galleries a fixture on future holidays.

Make sure your Prado Museum visit is a hit with your children (and ensure that future art-centred excursions are not met with eye-rolls or tantrums) and book a guided tour. This option is good for those of you who want a more purposeful tour of the museum and it’s great for keeping your kids engaged throughout the visit.

Top tip: this guided tour includes Skip the Line tickets so you can dodge the hours-long queues and benefit from expert commentary on the artworks.

It goes without saying that the Prado Museum is a paradise for art lovers the world over. When planning your visit, take a moment to visit the museum’s website and make a note of what you really want to see when you get there. Don’t forget to check what temporary exhibitions are on as well. The museum may only display around 7,000 artworks, but it owns over 20,000 artworks in total and will regularly switch up its galleries.

You may also have heard that the Prado Museum is a part of Madrid’s golden triangle – which refers to a set of three not-to-be-missed art museums on Paseo del Prado. The two other art museums that make up this magnificent trio are the Museo Reina Sofía and the Museo Nacional Thyssen-Bornemisza. So, if you’re visiting the city as an art lover, treat yourself to a pass for all three golden triangle museums.

Plan your visit to the Prado Museum

Top tip: Avoid the crowds and schedule your visit for the very beginning of the day or between 15:30 and 17:30. There is a free admission window from 17:00-19:00 on Sundays and 18:00-20:00 on Monday – Saturday, but the queues around these periods are enough to put even the thriftiest museum-goers off the tempting glint of free stuff.

Getting into the Museum

The Prado has five entrances, three of which are reserved for pre-booked tickets. If you pre-book tickets to the Prado Museum through Tiqets, make sure you join the (much shorter and faster) queues at one of these gates: Puerta de Velázquez, Puerta de los Jerónimos, and Puerta de Murillo.

What to do near the Prado Museum

Looking for more activities for your Madrid sojourn? We’ve got you covered.

If you’re a fan of castles and palaces, you’re in luck: Madrid is home to the largest royal residence in Europe. The Royal Palace is a massive 135,000 square meters – that’s 19 soccer fields or 6 times the size of Rome’s Colosseum. Highlights of this grand attraction include the Throne Hall, Official Lounges, Royal Armories, Hall of Halberdiers, Portrait Gallery and Kitchen. Take a guided tour to make sure you don’t miss out on anything.

What to eat near the Prado Museum

For breakfast: When it comes to the first meal of the day, the Spanish like to keep things simple. Kick off your day the local way and head to Sucre Tearoom where you can treat yourself to coffee, orange juice and toast with crushed tomato and olive oil – a local favourite.

If you’re a ‘more is more’ kinda person, try Café Murillo. Here you’ll find a selection of old favourites, like Eggs Benedict and French Toast, and maybe some new ones too. You’ll find the classic Spanish option of coffee, orange juice and tomato toast here, too.

For lunch: Keep things local and sample this Madridian favourite: bocadillos de calamares. Translation: calamari sandwiches. Snatch up one of these crispy-crunchy, salty delights from El Brillante, which is just a few minutes walk down the road from the Prado.

Too hungry to walk another step? Extend your Prado tour and have lunch at Café Prado or Restaurante Prado. The café is a good option for a quick and easy meal, while the restaurant is a better pick for those who are happy to spend a little more and sit a while.

If (after all that walking!) you’re after a solid sit-down meal in a sophisticated setting, The Spanish Farm (a mere two minutes walk from the Prado Museum) is a popular lunch spot with a gourmet menu.

For dinner: Time for tapas! Top picks for tapas after an afternoon, or an entire day, of wandering around the Prado would be the infamous Museo del Jamón (the one on Paseo del Prado, just five minutes walk from the Prado) or La Tapería del Prado.

Planning a longer trip to the land of churros, Dalí and ridiculously good-looking soccer players? Take a look at what you can do in Seville and Barcelona.

Got your art-lover’s heart set on visiting the Prado Museum? Book your tickets and start planning your own personal Prado tour.

Lauren is a Cape Town native with an incurable case of wanderlust. She likes writing, loves reading and hates bananas. 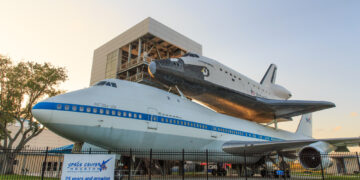 The 10 Best Museums in Houston 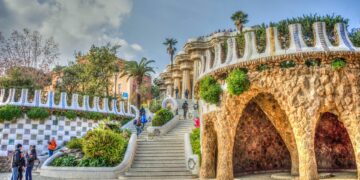 The Top 5 Restaurants Near Park Güell 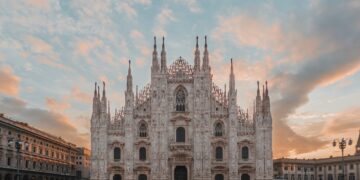 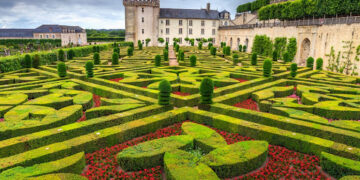 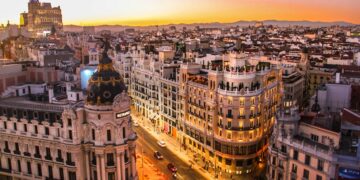