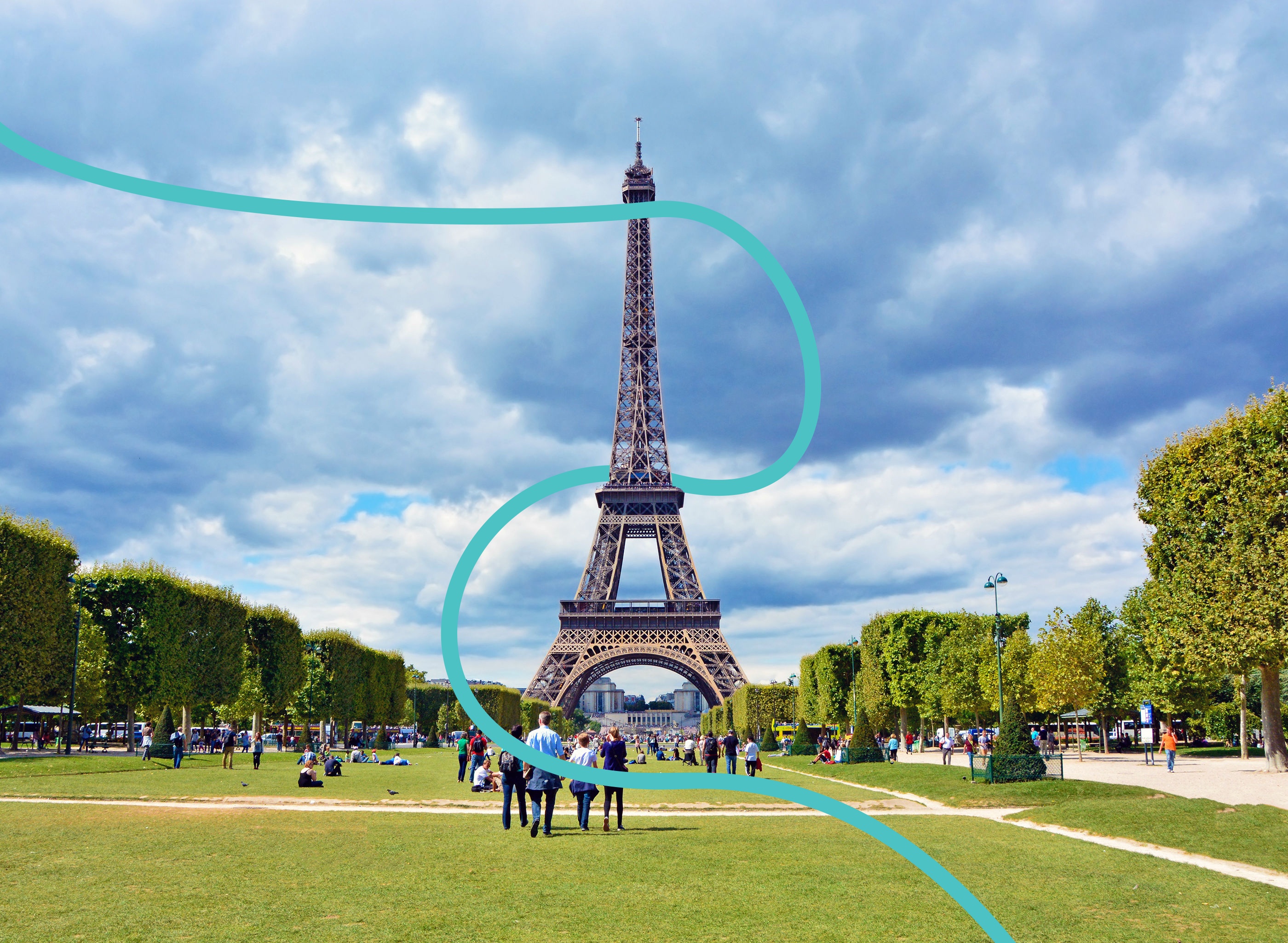 Pack your baguettes and of course, your bags, and get out of town! There are lots of great day trips from Paris that can enhance your trip to the city of love. If you’re heading to Paris and have a few extra days to explore, here are ten of our favourite day trips from Paris. All of these Paris day trips are easy to take by car, train, or organised tour. So, let’s get ready to visit some cities near Paris.

This ancient abbey juts out majestically from the cliffs and looks like something out of a medieval fairytale. As one of the country’s most jaw-dropping World Heritage Sites, a day trip from Paris to Mont-Saint-Michel offers you a journey back in time to medieval life on the windswept coast of Normandy.

Explore 20 rooms, stroll around stunning gardens, and get panoramic views from every angle of the fabulous fortress. The first worship of the Archangel Michael occurred here in 708 AD, making it a crucial medieval pilgrimage site.

Get a priority entrance ticket and then join a guided group tour for free – just ask at the entrance when you arrive for more details. If you don’t fancy driving there yourself,  you can also take a pre-organised day trip from Paris, which includes a luxury coach ride there and back, and a guided tour.

If you stay until sunset and watch the dusk creep in around the ocean, the twinkling lights might make you forget you’re just a few hours away from Paris.

Steer your car in the direction of a storybook fantasy! Driving into one of France’s most picturesque locations can often take your breath away. The Loire Valley is a historic area of France, packed with skyline-stealing castles and an excellent Paris day trip.

You can take a tour with a guide and get to grips with the ways, whys and hows of ancient French nobility… or just pose for photos in front of some cool castles.

Skip the line and get speedier entrance to the largest and most impressive château in the Loire Valley – Château de Chambord. This beautiful building is so special, it’s considered the architectural equivalent of the Mona Lisa. With over 400 rooms, 77 staircases, 282 fireplaces, and over 200 chimneys, a tour around this place is perfectly preserved proof that modesty hadn’t been invented in the 16th century.

This is probably one of the easiest day trips from Paris by train. Just sit back and relax and let the famous Palace of Versailles come to you!

Jump on the RER from central Paris, and you’ll be deposited right in the charming town of Versailles, where the Palace will bless your eyeballs with some of the most opulent interiors in France. Catch yourself in the Hall of Mirrors, and see sensational art and 18th-century French furniture in Baroque, Classicist and Empire styles. Don’t miss a squiz at the famous chests of André Charles Boulle.

To get around the grounds of Versailles, rent a bike or a golf cart! They’re pretty massive, so you might get a bit tired if you choose to walk it all. The palace’s gardens are undoubtedly some of the most beautiful in the world.

Looking for more cities near Paris for a little day trip? We give you Giverny. As the former home of Impressionist painter Claude Monet, you’ll likely find yourself standing amongst crowds of art fans looking for inspiration in Giverny. Brush up on your brushstrokes at the Claude Monet Museum, where you can stand in the very gardens where the talented French artist painted the famous water lilies.

Soak up the impressive art and history and take a scenic, flower-scented stroll through the complex gardens on this Paris day trip. Selfie on the green bridge, anyone? Also in the town is the Musée des Impressionnismes Giverny, which gives an interesting new perspective on the lives of the Impressionist painters.

It’s a small world after all… especially considering Disneyland Paris is just a 50-minute train ride from the middle of Paris! This makes it one of the quickest and easiest day trips from Paris by train. Pack up the kids and get ready to marvel at Mickey Mouse and all his friends.

From rollercoasters to live-action shows starring all-singing, all-dancing Disney stars, to some excellent family-friendly restaurants, there’s heaps to do at Disneyland Paris.

Pssssst. Get your skip-the-line ticket with Tiqets – it’s cheaper than buying at the entrance!

The Normandy landings have been called the beginning of the end of war in Europe. See where it all took place on a history-packed day trip from Paris.

Pointe-du-Hoc is the place to see the craters made by bombs dropped on German bunkers. Then, perched on the Arromanches clifftops, The Arromanches 360 – Circular Cinema will whisk you on a journey through the hard-fought conflict that followed the initial beach assaults.

Battle reigned in Normandy for 100 days and it all comes to life on a giant circular screen via archival footage, much of which has gone unseen until now. Presented with 360° visuals, you’ll be totally immersed in the past.

Explore the details of the D-Day landings and the Battle of Normandy in intense detail, including more film footage at the Caen Memorial & Museum. Learn shocking statistics and stories of wartime Europe, see artifacts from the war, and come away with a deeper understanding of the Cold War and what followed the fall of Nazi Germany.

Another option for putting yourself in the battle-worn shoes of a Norman during the hellish bombings of WWII is to visit the Falaise Memorial Museum – Civilians at War.

You won’t be able to do it all in a day, but it’s a trip you’ll remember forever.

You didn’t come to Paris just for the architecture. With some of the best food and drink on Earth, France is a foodie’s dream! The Champagne of course, is a decadence you must indulge in. And where better to do that than in the world-famous Champagne region, where you can get your lips around some of the country’s best Champagne, straight from the source.

Take a tour from Paris. By hopping aboard a coach you’ll be driven straight there, meaning you’ll eliminate your transport worries, and you won’t have to worry about getting a little tipsy. Learn more about the wines on offer at the Nicolas Feuillatte estate. Pay a visit to Hautvillers, the birthplace of Champagne, and step inside the private chateau of Veuve Clicquot.

Craving the peace and tranquility of nature? Or perhaps the sight of muscled humans scaling rocky heights? For your next Paris day trip, escape the city and head to Fontainebleau, the largest forested area in the Ile-de-France region, and a rock-climber’s dream.

Once home to the royal estates from the 10th century onwards, the forest of Trois Pignons is over 22,000 hectares of lush green trees and trails bordered by three rivers – the Seine to the east, the École to the west, and the Loing to the south.

Searching for cities near Paris to add to your bucket list? Strasbourg is a must. It might be a little too far for a day trip by car, but you can also hop on board a fast train from Paris that will get you there in under 2 hours. Take our word for it, it’s worth the journey!

Known as “The Capital of Christmas,” Strasbourg is the kind of cute and charming town you’d expect a handsome prince to gallop through on a white horse. It’s chock-full of half-timber houses with pitched roofs and plenty of cosy restaurants for lunch and a glass of French wine.

There’s even a picturesque river you can float down on a boat to take a look at the striking Strasbourg Cathedral. Don’t miss the daily shows from its astronomical clock, and a photo of the Rhine River from its towering spire.

Last but not least, the beach. Contrary to popular belief, a beach trip is perfectly doable from Paris. The historic walled port city of St. Malo in Brittany was propelled to fame following the success of the WWII historical fiction book All the Light We Cannot See. Visit this city near Paris after reading the novel for an even more magical experience in this pretty town.

As a popular holiday spot for families, St. Malo offers sandy beaches, great hotels and restaurants, and lots to engage the little kids. While it makes for a great day trip from Paris by train, you could drive there and stay even longer. Who doesn’t love a bit of summer tanning time outside the city?

Find out some more insider travel tips by hopping over to Wegwijs naar Parijs.

Are you looking for things to do in the city itself? Check out the blog post on how to spend 48 hours in Paris. 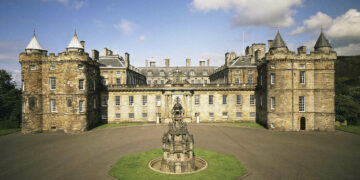 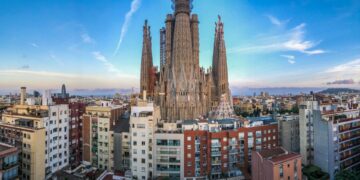 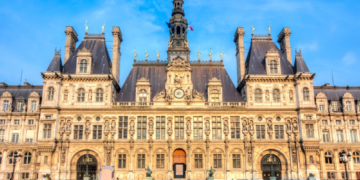 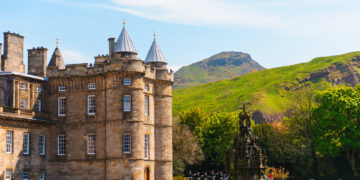 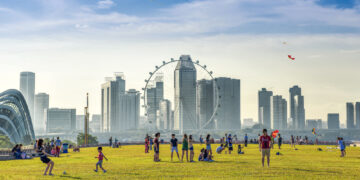 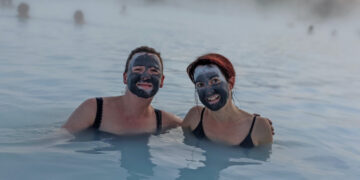