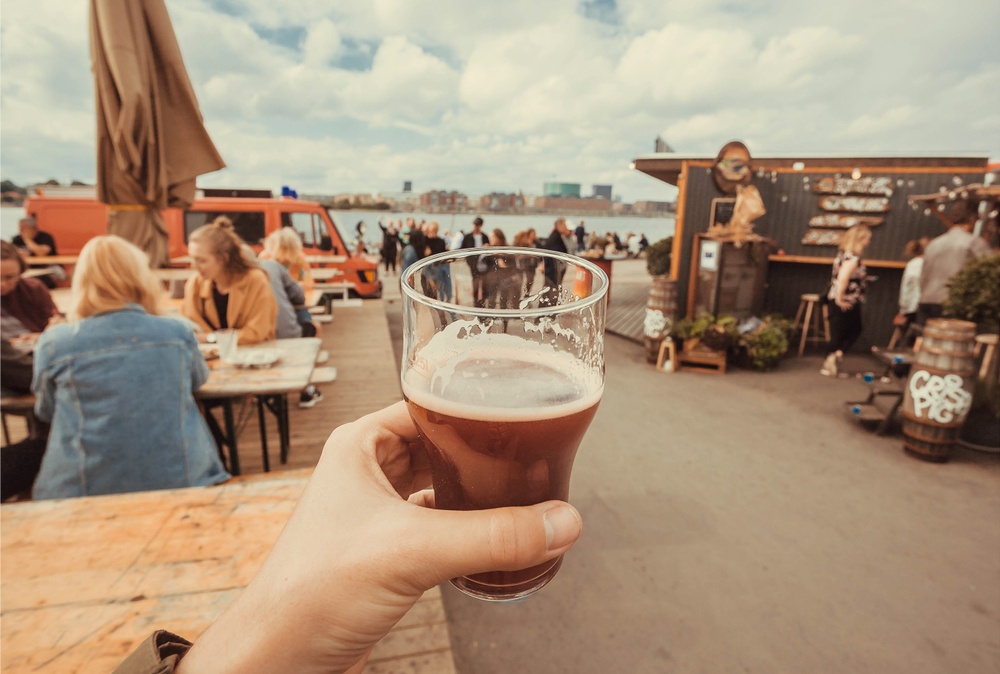 You’ve got the obligatory photo of the Little Mermaid, and balked at the price of a stale-looking Danish pastry. Feeling a little too touristy? City breaks can become taxing and downright unpleasant if you traipse around the busy areas for too long. Luckily, you don’t have to stray far from the tourist-beaten track in Copenhagen to feel more like a local. Here are a few tips for things to see, a world away from bustling Nyhavn and Strøget.

If you didn’t spend five minutes awkwardly taking aerial pictures of your brunch at least once, did you even holiday?

Reffen is a street food Mecca, dripping with both Scandiniavian and international flavor, expertly curated by the good folks at Copenhagen Street Food. It’s the city’s go-to spot for casual eating – a dreamy riverside food court with that typically clean Scandi aesthetic.

Chow down on Nepalese dumplings, delicious dosa and joyous jerk chicken at the largest street food market in the Nordics.

Tivoli Gardens isn’t the oldest amusement park in Denmark – that honor is reserved for Dyrehavsbakken – Bakken for short – which has been entertaining Danes since as far back as 1583.

A short ride out of the city, Bakken sits within lush woodland that’s home to over 2,000 freely roaming deer.

Enjoy all the thrills you would expect from a major theme park, plenty of chilled-out spots to eat and drink, and take in some traditional Danish entertainment – the flamboyant ‘singing girls’ of Bakkens Hvile have been performing here for over a century.

You would struggle to find a Copenhagen resident who hasn’t at some point visited the city’s zoo.

And, there’s even more reason to drop by in 2019, with panda bears Xing Er and Mao Sun having arrived for an extended stay.

They probably don’t know their enclosure cost $24 million dollars, or that it was opened by a royal princess, but it’s interesting all the same. As are the rest of the zoo’s inhabitants, including polar bears, red pandas and a menagerie of South American birds.

Copenhagen is home to some of the most in-demand architects on the planet, and they’ve certainly added a 21st-century touch to the City of Spires.

One of the stand-out structures is the Black Diamond, the imposing glass extension to the Royal Danish Library.

Saunter through this deliciously photogenic bibliotek, which also houses The National Museum of Photography, a bookshop, a café, a restaurant and the Dronningesalen concert hall. Perfect for a stress-free look about.

Don’t be put off by the name. The butchers still make their cuts in the old Meatpacking District, but in more recent times it has developed into one of the most vibrant, trendy spots for Copenhagen nightlife and culture.

This creative corner of the Danish capital is awash with laid-back galleries, bars and restaurants inside listed buildings, and is an ideal spot to hang out with the locals after dark.

Some of the bars, like Bakken or Mesteren og Lærlinge, even champion the slaughterhouse decor, keeping the original facades and tiling. If there’s an award for the most unique interior design, they’ve certainly steaked their claim.

Are there any cool spots in Copenhagen you think we may have glossed over? Let us know on our Instagram or Facebook pages!