Getting To The Van Gogh Museum: Your Essential Trip Planner

The Van Gogh Museum is filled with famous works by its native son, Vincent Van Gogh. When it came to creativity, this guy was literally a master.

Unsurprisingly the Van Gogh Museum houses the largest collection of the Dutch painter’s works, including his earliest forays into art, notably The Potato Eaters and Skull of a Skeleton with Burning Cigarette.

Incredibly, most of Van Gogh’s works were created in the final decade of his life, with his final two years in the south of France producing perhaps his most famous pieces – including Sunflowers, Bedroom in Arles, and Almond Blossoms. You’ll see them all during your visit, as well as fascinating personal letters, famous self-portraits, and more. Luckily, getting to the Van Gogh Museum is easy thanks to its location in the centre of Amsterdam.

Getting to the Van Gogh Museum from Amsterdam

There are plenty of ways to get to the Van Gogh Museum from Amsterdam. You’ll find it in Amsterdam’s Museumplein, close to Moco Museum and the Rijksmuseum. If you fancy a tipple after, the House of Bols is also close by.

If you have your own bike, then there are plenty of places to park it near the Van Gogh Museum.

Museumplein literally translates to “museum square”, and there’s bike parking on all sides of that square. But, the best place to leave your bike would be on the Johannes Vermeerstraat (purple), Paulus Potterstraat (red), or the Van Baerlestraat (yellow).

A number of trams will bring you to the Van Gogh Museum, it just depends on your starting point. The Amsterdam GVB Pass is handy in a pinch if you don’t have an OV chip card, which is Amsterdam’s answer to tapping on and off public transport.

When in doubt, your best bet is to pull out your smartphone and consult Google Maps. If you’re feeling truly Dutch, you can also check 9292 to help plan your journey.

It could also be the case that the fastest way to get there is by Metro. The Vijzelgracht metro station on the North-South line is the closest to the Van Gogh Museum and it should only take you 10 minutes to walk from there. You’ll also get an impressive view of the Rijksmuseum and Museumplein if you decide to go that way.

Travelling to the Van Gogh Museum by canal boat

Canal tours stop right in front of the Rijksmuseum, and from there you’ll be able to enjoy a quaint walk that actually takes you right beneath the Netherlands’ most prestigious museum. That’s right, beneath. There’s a major cycle path running through the Rijksmuseum, so make sure to stay on the footpath – it doesn’t get more Dutch.

Visiting the Van Gogh Museum from within the Netherlands

If you’re planning on driving to the Van Gogh Museum, there’s a car park at Museumplein. It is Central Amsterdam, so you’ll pay a price for the privilege. Enter the date and time you want to visit on the website, but as a rough guide from 09:00 to 14:00, it would be around €40.

The Dutch rail system is well connected and runs frequent intercity services throughout the day.

If you’re coming from another city within the Netherlands to visit the Van Gogh Museum, then you can check 9292 or Google Maps again. Whether your train pulls up at Amsterdam Central, Zuid, or Amstel, there will be plenty of connecting metros and buses to bring you to the Van Gogh Museum.

Check the museum’s most up-to-date opening hours while planning your trip. Generally speaking though, the museum closes at 17:00 on Monday-Thursday; at 21:00 on Fridays; and at 18:00 on Saturdays and Sundays. Just make sure that you factor in your travel times to allow yourself enough time to enjoy the Van Gogh Museum’s collection.

Most people spend around two hours in the museum, so depending on the day, you’ll want to reach the museum by 14:00. That way you also have time to enjoy Amsterdam before catching your train back home.

Want more information on the Van Gogh Museum? Check out our blog on Famous Van Gogh Paintings and the Stories Behind Them. 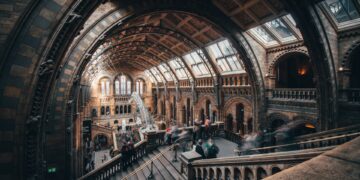 The 13 Best Things to Do in London with Teenagers 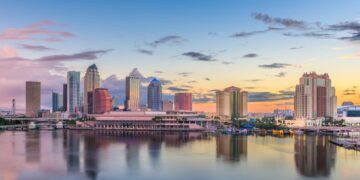 The 10 Best Museums in Tampa 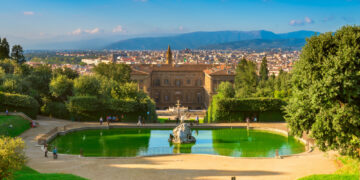 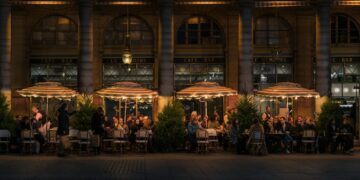 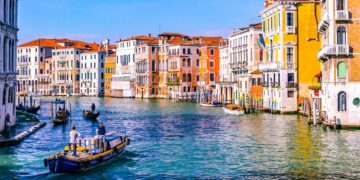 Doge’s Palace Tours: Which Tour is Right for You?