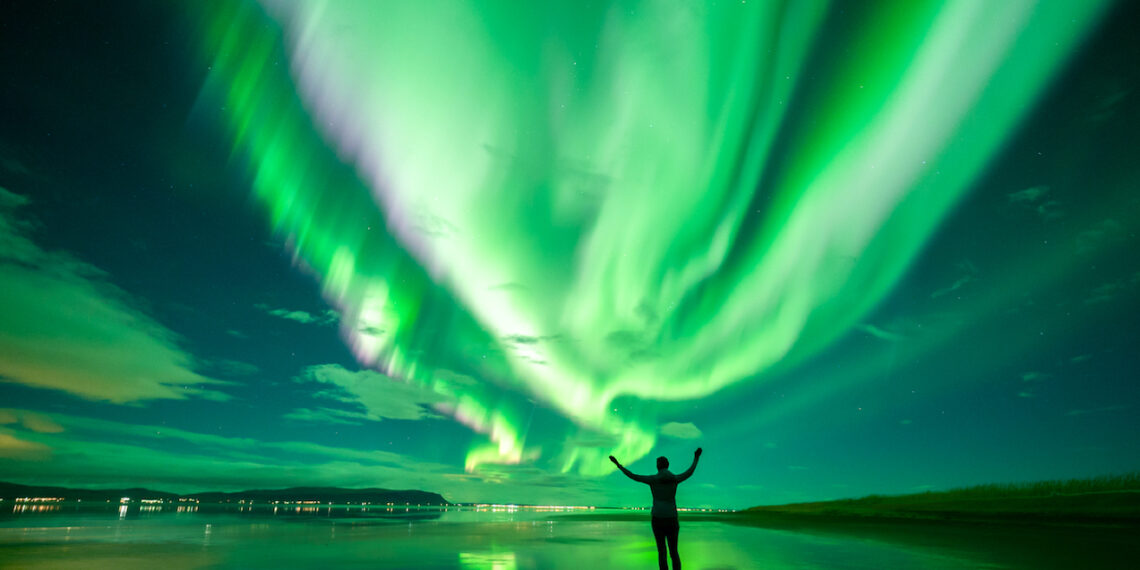 Meet the professionals who hunt the Northern Lights in Iceland

We sent a Tiqets rep to check out Aurora Reykjavik and talk to Grétar about his life’s passion and work. From flasks of hot chocolate to dried cod and weather-proof cameras, it sounds like quite an adventure, being a Northern Lights hunter and photographer.

Hey Grétar, thanks for agreeing to star on our blog. Can you tell us a bit about yourself and your background?

Hi, my name is Grétar, and I am the CEO of Aurora Reykjavík: The Northern Lights Center of Iceland. I was born and raised in Akureyri, North Iceland. As with many Icelanders, I have worked in various fields; I hold for example a master’s degree in international business and finance.

How did you get into studying the Northern Lights?

From my early childhood on, I had a great interest in nature and adventures in the polar regions, but also in astronomy and photography. Aurora Reykjavík was a great opportunity to bring it all together.

It doesn’t get better than that! When do you first remember seeing the Northern Lights?

I was probably around seven years old. My family and I were driving to Lake Mývatn, where we lived for a few years, when all of a sudden, a huge display of Northern Lights occurred. My Dad stopped the car, and we all got out to observe the lights. After a few minutes, the aurora opened up straight above us – a phenomenon that we call corona – and I felt like I was standing under a humongous parachute of colored light rays. It was a moment I will never forget.

It must have been even more magical to witness the Northern Lights over Iceland as a child! How many photographers do you have working with you now?

We are a core team of three photographers at Aurora: My girlfriend Katarina, my friend Hörður, and me. But of course, we also have a big network within the aurora and landscape photographer scene in Iceland, with whom we often collaborate.

Sounds like fun, chasing the Northern Lights around Iceland. How do you plan to photograph the lights?

Clear, dark skies are required in order to see the lights, and we need some solar activity for the aurora to occur.

We also look at the moon’s phases and the winds. Since we shoot with long exposure, strong gusts – as are common in the sub-arctics – are not helpful for getting good results.

Then, it‘s about the place and the composition. We like to capture well-known spots around Iceland since our guests have great interest in seeing them under the Northern lights. We travel around the whole of Iceland, and even to other places under the auroral oval, like Scandinavia and Greenland.

And last but not least, patience is the key. We never know for sure if and when the Northern Lights will occur. During the season, we basically live in our car. We always say, our front seats are our sofa, and our front shield is somewhat like our TV screen. Our most important gear? A thermos filled with hot chocolate, and a package of dried cod.

What is the most amazing aurora you’ve ever witnessed, and where was it?

It was February 14th, 2015 at Hvaleyrarvatn, not far from Reykjavík. We’d just reached the peak of the last solar maximum, and it was the first and only time I’ve seen the Northern Lights as red as fire. We often witness pink, purple, or white displays, and of course the predominant color green; but on this night they occurred blood red. I was lucky enough to capture and even film it, and it is of course displayed in our museum.

What a stroke of luck to see the lights like that! What inspired you to start Aurora Reykjavik: The Northern Lights Center?

My friend and co-founder Hörður Finnbogason had the idea. He is also a passionate Northern Lights photographer and guide. We experienced a big increase in winter tourism in Iceland at that time, and an enormous interest in the Northern Lights. But since it is such a common phenomenon in Iceland, none of the locals ever thought about founding a center or museum around it. So that‘s how it all started.

And now everyone can enjoy the Northern Lights, all year round. What are you most proud of at Aurora Reykjavik?

Probably the fact that everything in here is made by us, with our bare hands and no funding. Everything from A to Ö, as we say in Iceland, comes from us – we built the place, we run it, we are there every day.

We capture our material during the nights and share our passion and knowledge with our guests during the day. Happy guests who manage to fulfill their dream of seeing the Northern Lights with our help then come back to share their stories with us. This makes us both proud and really happy.

What do you tell people who are planning to see the Northern Lights in Reykjavik?

Come to us first [laughs]. No seriously, the Northern Lights are a natural phenomenon, and it is part of their magic that they don‘t show up on cue. But with a bit of knowledge, you can increase your chances a lot.

At Aurora Reykjavík, you will learn everything about the aurora; both mythology and science, but also how to hunt for them, how to interpret the forecast, best places to see the Northern Lights in Iceland, and the best times.

We have a special photo simulator to try out your own camera settings. And after all, we‘re also a great replacement in the case that no lights are seen on your trip!

Thank you so much for talking to us Grétar! It’s good to know that even if the weather isn’t on our side, we can all head to the Aurora Reykjavik museum and see the Northern Lights through your work.

It’s been my pleasure! We have traveled the entire world chasing the light, but our adventures have always brought us home. 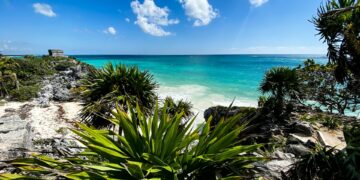 The 15 Best Things to do in Tulum 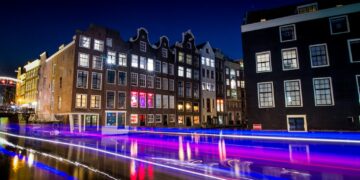 10 Landmarks in Amsterdam You Shouldn’t Miss 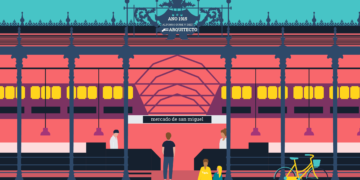 17 Unique Things to Do in Madrid, Beyond the Tourist Track