Art Memes: The Good, the Bad, and the Oatly

In recent years, art memes have really taken on a life of their own. The internet has allowed people to engage with art in an unprecedented way, and add new meaning to some of the oldest and most established images known to us.

From obscure medieval art memes to the global sensation caused by Ecce Homo’s restoration, here are some of the internet’s most famous art memes and all the information you need to find them in real life.

It started as a well-meaning attempt by a local parishioner to restore a fading image of Jesus Christ in Borja, Spain. Cecilia Giménez, unfortunately, had no way of knowing the global infamy that would result from her good intentions. This kind of thing has happened to many of us. We try to help, make it worse, and then make it even worse by trying to fix our mistake. Luckily for most of us, we don’t go viral.

Potato Jesus, Hedgehog Jesus, or Ecce Homo – however you know the painting, you probably know it for all the wrong reasons. The gaping mouth, owlish expression, and hedgehog-like haircut dominated headlines in 2012, with the front pages of major newspapers falling over each other to make the most creative hedgehog/monkey/potato joke.

All of the attention did take its toll on poor Cecilia, the elderly artist at the centre of the controversy, and understandably so. As you might imagine, it’s not easy for a pensioner to deal with global ridicule, with even outlets like the BBC describing her work as ‘’a crayon sketch of a very hairy monkey in an ill-fitting tunic.”

It’s a relief, then, that some good has come out of the situation – people flocked from around the world to see this incredibly viral art meme in real life, and local tourism numbers improved substantially. What started as a terrible accident quickly became a serious financial boon for a small town in Zaragoza.

While there seems to have been a bit of a kerfuffle over the profits, either way the restoration turned out for the best – and the artwork has now been hailed as a ‘pop culture phenomenon’ with its very own Interpretation Centre around the town of Borja.

Now that we know everything turned out fine, it’s okay to laugh.

Where can I see it? Santuario de Misericordia, near Borja.

When an unknown artist painted this humble pastoral scene around 1850, they probably weren’t expecting worldwide success. Unfortunately, as far as he or she knew, they never achieved it – during their lifetime at least. This picture was lying around for centuries, waiting to be discovered by a 21st-century public that desperately wanted only one thing: two weirdly shaped pigs blinded by their love of oats.

This top-tier pig meme was first brought to light by Mark Rampus on Twitter, who found a picture from the collection of the Compton Verney Museum and added a few simple words: bröther may i have some öats. The umlauts, the polite request, the implied brotherhood, and the inherent comedy of oats all came together to create the perfect twitterstorm.

“Brother May I Have Some Oats” became a sensation around 2016-2017, as people began to copy and paste increasingly lengthy and bizarre texts on top of the image. From socialist manifestos to sibling rivalries that hark back to Cain and Abel, these two oat-loving hogs briefly became the hottest pig meme around. The general trend of the meme is that one brother hogs the oats, while the other brother covets them. Sometimes, on Christmas, they share.

A series of dramatic videos, with background lore and narration in an inexplicably Australian accent, was also created. The lesson for budding artists? Even if your work doesn’t necessarily make waves during your lifetime, don’t be afraid to put it out there. That unassuming painting you created might end up reverberating through the ages, and entertaining millions of people.

Where can I see it? The Compton Verney Art Gallery and Park, between Birmingham and London.

Ducreux became a viral sensation around 2009, more than 200 years after his death, when people started posting various rap lyrics in exaggerated Ye Olde English-style format on top of his now (in)famous self-portrait.

This is one of those old memes that still pops up every now and again. The joke was to be as verbose as possible, and the challenge for readers was to decode the original message.

Internet culture swiftly proceeded to do its thing, and ran away with it by adding more lyrics, catchphrases, and everything else that screams ‘’early to mid-2000s’’. At this point, Ducreux’s artistic legacy goes hand in hand with other luminaries like Chamillionaire, The Wu-Tang Clan, Dwayne ‘The Rock’ Johnson, and more.

Even for people without an encyclopedic knowledge of 2000s rap, this ridiculous (in the best way possible) image is a source of infectious joy. How can you be on the receiving end of centuries-old finger guns and not feel happy? Are you really going to scroll past without saying bonjour?

These days, Ducreux’s iconic self portrait is a key point of pilgrimage for art meme lovers around the world, and a visit to the Louvre isn’t complete without the required Ducreux selfie.

Where can I see it? The Louvre Museum.

The weirdest creatures, knights riding giant snails on horseback, and warriors smiling happily at the viewer while getting their skulls crushed with a mace: it’s medieval art!

The rules of perspective hadn’t been fully developed yet (this would come during the Renaissance period), and supernatural myths prevailed, which led to some pretty spectacular notions and images being preserved for posterity through medieval art memes. Here are a couple of the best ones.

Let’s cut medieval artists some slack here. Keep in mind that they didn’t have the internet back then to double-check anything, and trying to draw a lion is super hard when you’ve never actually seen one in person. With that being said, the fact that they’re always fighting snails is pretty weird.

Seriously. They were fighting snails a lot. There are a few theories here. Maybe the medieval countryside was indeed terrorized by giant carnivorous snails, and brave knights defended the land from their slimy onslaught. Maybe snails were seen as super cool or super entertaining by royals at the time, who couldn’t stop commissioning snail fan art.

Medieval scholar Lilian Randall has theorized that the snails represent Lombards, depicted through what may be one of the oldest meme methods around: mockery. In other words, enemies of the Lombards discredited them by ridiculing them in the margins of their texts. It’s basically the medieval equivalent of repeating what someone has to say with the Spongebob meme.

During the Middle Ages, many of the most educated members of society believed that Paradise was a physical garden on Earth somewhere far beyond the sea, near what we now know as the Indian subcontinent.

This general tendency towards mysticism and mystery means people may have been far more likely to believe a wise-looking stranger who’s seen more of the world than they have. Scholars went by the words of well-respected historians like Pliny, who claimed that certain tribes around the world have faces in their torsos, and basically look like giant human thumbs.

These creatures were referred to as ‘blemmyae’, and featured so heavily in medieval manuscripts and texts that you could consider them as extremely old memes.

Where can I see it? These kinds of depictions can be found in a huge amount of medieval manuscripts and art, displayed in plenty of prominent museums like the Petit Palais. If you’re ever around the New York area, the Met Cloisters might be a great place to explore. You can also check out online collections like the Morgan Library Museum, if you’re not close to any medieval museums.

The Exasperated Lady in a River Meme a.k.a. “OMFG Hamlet” – Ophelia by John Everett Millais

Now located in the Tate Museum, this crowning achievement by John Everett Millais was hugely influential on artists from John William Waterhouse to Salvador Dali. Depicting the tragic death of Ophelia from Hamlet, who drowns in the river after being driven to despair, the original painting is hauntingly beautiful. The waterside reeds and plants are as accurate as they are atmospheric, creating a sense of realism and intimacy that has stood the test of time.

These days, most internet-savvy people will know it as ‘the floating lady who’s totally done with you/Hamlet/everything.’

Where can I see it? The Tate, London.

Many people mistakenly believe this to be a medieval or Renaissance baby painting, but it was actually created in 1964 by Colombian painter Fernando Botero. Botero was inspired by the great High Renaissance artist Raphael, whose Portrait of Leo X is one of the period’s defining works of art.

This particularly rotund (a defining feature of Boterismo) depiction has more recently taken on a life of its own as “the y tho baby”.

All it took to create one of the most iconic art memes was four letters. The perfect reply for when someone asks you to do something that doesn’t make any sense.

Where can I see it? Unfortunately the ‘y tho’ painting seems to be part of a private collection. However, a huge amount of Botero’s work (featuring similarly rotund characters) can be found at the Museo Botero in Bogotá, Colombia. The original work by Raphael can be found in the Uffizi Gallery, but is significantly less round and funny.

Looking for more digital entertainment? Make sure you don’t miss the Tiqets Culture Festival between 8-12 June, featuring virtual tours, activities, talks, and more from cultural venues across the globe!

The Catacombs of San Gennaro: A Guide to Naples’ Underground Treasure 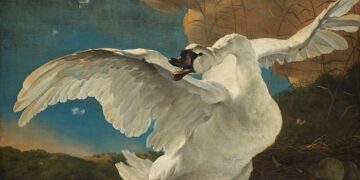 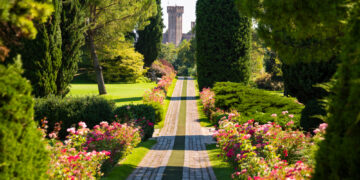 Life After Lockdown: New Survey Offers a Peek into the Future of Travel