Oahu Travel Advisory
For more information about vaccination and test requirements, please visit this link
Read about it here

Top 5 things to do in Honolulu

#1
Bishop Museum
Bishop Museum is Hawaii's dedicated museum of natural history, Hawaiian culture, and Polynesian heritage. With 22 million specimens in its Honolulu collection, it's an incredible place to celebrate the rich traditions of the Hawaiian Islands and their people, and to learn about one of the most biologically and culturally diverse geographical regions on Earth.
#2
Pearl Harbor Visitor Center
Pearl Harbor is a lagoon harbor on the island of Oahu, Hawaii, west of Honolulu. It's been long visited by the Naval fleet of the United States, and it's the headquarters of the United States Pacific Fleet. This is the site of the attack on Pearl Harbor by the Empire of Japan on December 7, 1941, which was the immediate cause of the United States' entry into World War II.
#3
Diamond Head State Monument
Diamond Head is a volcanic tuff cone and state monument located on the Hawaiian island of Oahu. The stunning views that it offers down over Honolulu and the Pacific Ocean attract large numbers of tourists each year. The views are so good that it was used a strategic lookout by the US Military during the 1900s.
#4
Sea Life Park Hawaii
Sea Life Park Hawaii is an aquarium, bird sanctuary, and marine wildlife park located in Honolulu, Hawaii. It is a roughly 25 minute drive from Waikiki Beach.
#5
Coral Crater Adventure Park
Coral Crater Adventure Park is located on the southwestern tip of Oahu, just outside of Honolulu. The park is home to several high-octane rides and attractions, including ziplines, all-terrain-vehicle racing, a giant swing and more.

What's on in Honolulu

Splashing with the Sea Lions

Make Oahu your oyster with 1 to 5 days access to over 45 Polynesian attractions
From $82.00

See Oahu's most picturesque locations from the skies
From $275.00
Out of season

All things to do in Honolulu

Dole Plantation is a large pineapple and exotic fruit farm. It's also one of Oahu's most popular visitor attractions, welcoming more than one million visitors a year.
From
$163.00
Honolulu

Honolulu Museum of Art was founded in 1922 by Anna Rice Cooke, and is the largest of its kind in the state of Hawaii. It's located in Honolulu and boasts the largest single collections of Asian and Pan-Pacific art in the United States.
From
$82.00
Honolulu

Explore a tropical oasis and get up close to nature at Lyon Arboretum, in the stunning Mānoa Valley, just five miles from the bustle of Waikiki in Hawaii. It's a must-do for nature lovers on your Hawaii vacation. Lyon Arboretum first opened to the public in 1972. It has more than seven miles of hiking trails and boasts over 6,000 species of tropical and sub-tropical plants on almost 200 acres.
4.0 / 5 (1)
From
$5.00
Honolulu

Built during World War II, the Battleship Missouri finished production in time to serve at the battles of Okinawa and Iwo Jima. Designed to be a fast battleship, just like her Iowa-class sisters – USS Iowa (BB 61), USS New Jersey (BB 62), and USS Wisconsin (BB 64) – the Missouri was the youngest of the fleet. Measuring 887'3" (270.4m) in length, the ship could travel faster than 33 knots, a notable difference from her Japanese contemporaries and their 26-knot capacity. During a tour of the ship, you'll have the chance to explore the decks and learn fascinating facts about the Missouri's past.
From
$34.99
Laie

More than 1.5 million people visit the USS Arizona memorial every year. Dedicated to the memory of the 3,500 Americans who lost their lives during the attack on Pearl Harbor, it’s a moving tribute and well worth a visit when you’re in Honolulu. Don’t miss the USS Bowfin submarine, USS Missouri, and the Pacific Aviation Museum, and please dress respectfully. While it’s free to visit, you’ll need a ticket to enter, so be sure to reserve yours ahead of time.

Buses run regularly all over Honolulu and tickets include a free transfer within a limited time period. If you’re staying longer than a day, it’s smart to snap up a 4-Day Pass from any of Waikiki’s ABC stores, or the Ala Moana Shopping Center. Hiring a car can be expensive and tough to park, so it’ll be more of a burden than a help. Taxis are everywhere and, best of all, your island-born driver will probably be the proudest and friendliest you’ve ever met!

Weather & when to go

To avoid the crowds, late September and October (and the end of April to the end of May) are the best times to visit. It never gets cold here - although May to August can be humid, so make sure your hotel has air-conditioning! As for rain, Hawaii is blessed with quick but heavy downpours that keep everything luscious green, but dry up faster than you can say ‘aloha’. If you’re here for the surfing, the winter months of December through February are best.

What to do in Honolulu for 3 days 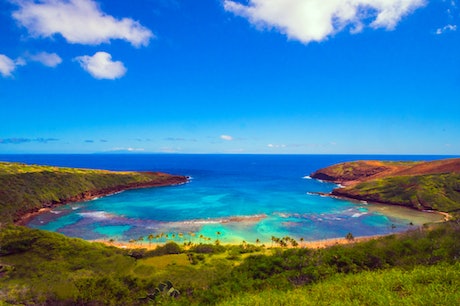 Want to get beneath those baby-blue waves? On the east side of Honolulu lies one of the island’s most popular places for finding Nemo - Hanauma Bay. This marine sanctuary/nature reserve is sunken into a majestic crater and crammed with beautiful aquatic creatures. Thanks also to its gorgeous golden beach, it’s one of the most famous places for snorkeling in Hawaii - so get there early if you want those colorful fish all to yourself! 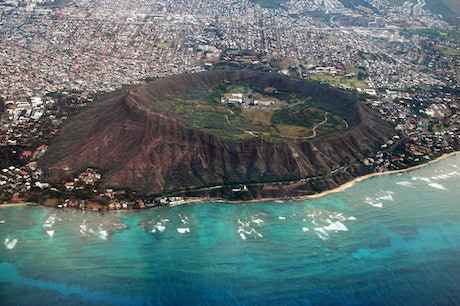 Soak up the views from Diamond Head

You can’t miss Oahu’s former military base, the iconic Diamond Head. It’s the most picturesque volcano in Hawaii! In fact, you might recognize it from countless postcards and souvenirs. If you can find the motivation to hike the 20-30 minutes to the summit, about a mile up, you’ll discover even more excellent trails, plus scintillating views of Honolulu and the sparkling Pacific. Don’t miss the audio guide. It brings this Hawaiian State Monument to life! 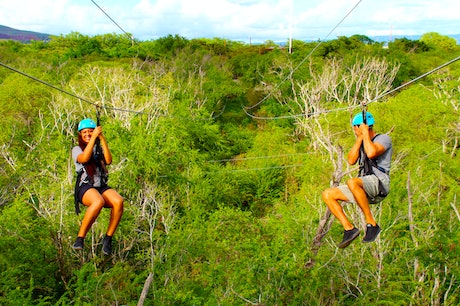 Fly high through evergreen trees, race a friend on a tandem line and step off a 20-foot platform for six adrenaline-pumping ziplines. Then, just when you thought your heart couldn’t race anymore, bump through that Honolulu dirt off-road in a side-by-side ATV! The Ultimate Adventure pass at Coral Crater Adventure Park includes a state-of-the-art 60-foot Adventure Tower, six ziplines, the King Swing, Freefall, a climbing wall and more. Phew! 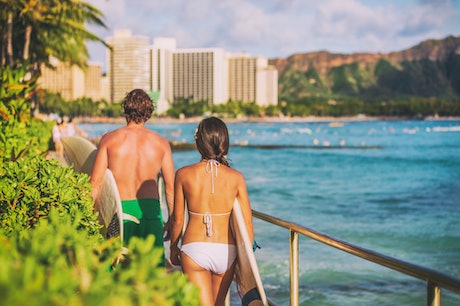 Whether you’re a surfing pro or you’ve never taken a surfboard out in your life, there’s no better place to get accustomed to a life on the ‘wave’ than Hawaii. Honolulu has heaps of great surfing spots to suit all levels. The surf is gentle on beginners at Waikiki beach, while intermediates should head to Ala Moana Beach Park. Advanced surfers should head to Waimea Bay in the winter months of November to February. Surf’s up!