7 Social Customs in Paris to Know Before Visiting 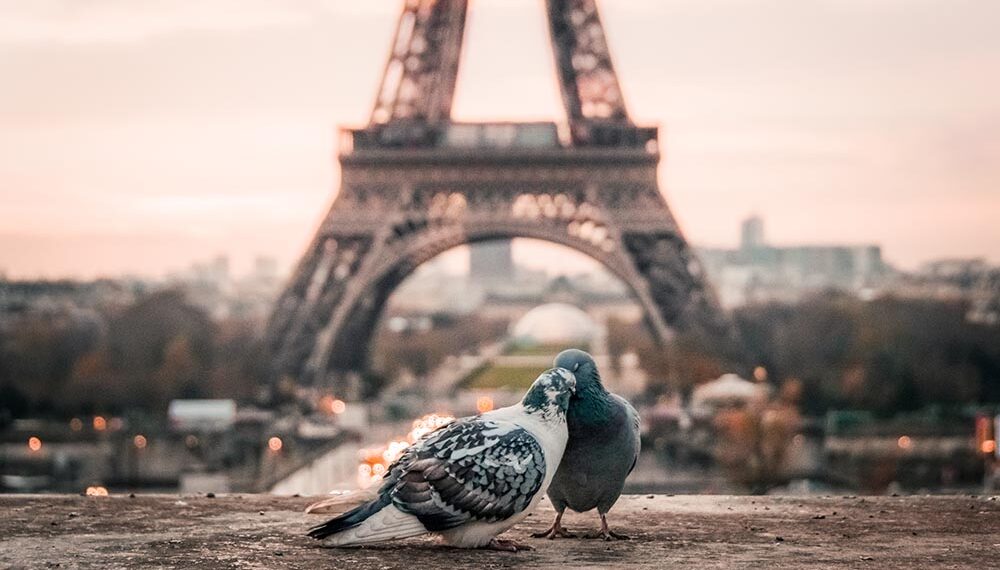 In Paris, even the pigeons greet with a kiss

Everyone loves Paris. Yet only few get to know, let alone love, the Parisians. If you want to properly experience Paris and understand what the people are all about, you need to do more than visit the Eiffel Tower. You need to learn about the local habits and culture.

You might call French culture an acquired taste – you need to learn the customs in Paris to best enjoy the city.

Follow these 7 social customs in Paris to get the locals to invite you with open arms.

Meet the locals: How to greet people in French culture

A good first impression makes all the difference; the same goes in French etiquette. It’s customary to always greet Parisians and French people in general before any other interaction, whether a lengthy conversation or a quick question. A simple bonjour during the day or bonsoir after 6PM will suffice.

Failing to greet someone before speaking up will be considered rude — expect to be treated in the same way. Play by the rules and the Parisians will be both courteous and helpful. By using Excusez-moi de vous déranger (I’m sorry for bothering you) before asking a question, any self-respecting Parisian will carefully listen to what you have to say.

La bise is about the first thing kids learn in the company of their fellow Parisians. La bise is the kiss on the cheeks that is done when greeting a good friend, close relative or family member. It’s a way of greeting someone that you’re already familiar with in the culture of France.

Start off with the left cheek and then the right – making a kissing sound as you move between cheeks. The cheeks slightly touch while doing this. While in some areas the French go as far as four kisses, the Parisians do two.

Mostly you’ll be shaking hands when meeting people for the first time, but if you’re unsure of what to do, follow the other person’s initiative.

You’re kissing people’s cheeks and well on your way to becoming a Parisian socialite. Now it’s time to put the few French words you’ve picked up in high school into practice. Just don’t forget to use the proper form when addressing a stranger in French.

The English-speaking world has done away with ‘thou’ and ‘dost’. In the culture of France, however, formal address is an important part of the language. Keep in mind that ‘tutoyering’ (using ‘tu’ and ‘toi’) are ways of addressing someone you’re either very familiar with – a friend, family member, colleague or child –  or someone you don’t consider to be on the same social level. Unless you’re a student talking to someone your age, healthy social relations start off with ‘vous’, the formal way of addressing someone.

Public Spaces: The customs in Paris for behavior on the streets

4. No shouting in public (transport)

Shouting in public is considered rude – really, shouting is only used to express anger in the culture of France. This doesn’t mean Parisians keep to themselves and only whisper in public; they’re in fact very social and often quite passionate in their conversations. But instead of using just their voice, the French use a lot of body language to convey their emotions.

This rule also goes for public transport (maybe even more so). The Paris Metro is surprisingly silent and would make for a calming experience – if it weren’t for the jumble of people rushing to get to the office on time. This Parisian custom can be recognized in many international metros.

Social customs in Paris are all about respecting public space — and respecting food. The French are not only polite, but also very passionate about food. Add those together and you’ll understand why it’s taboo to eat while walking down one of Paris’s grand boulevards.

Having proper meals is a very important part of Parisian life and French culture – it requires sitting down, taking your time to savor the flavors — and good company. Parisians take their lunch out of the office, often enjoying their lunch break with friends working in the area.

Getting groceries: The culture of France around buying food

Of all social customs in Paris, this one is probably the most overlooked by tourists — who in turn often complain about the service (or lack thereof) in Paris. When you enter a shop (with the exception of the larger department stores), the first thing you do is greet the shopkeeper in the culture of France.

Then say bonjour or bonsoir together with monsieur, madame, or mademoiselle will do the trick. It helps break the ice, encouraging the shopkeeper to cater to your every need. Also, don’t forget to bid farewell when leaving the shop — a merci and/or au revoir will do.

When doing your shopping at an outdoor farmers market, it’s not customary to touch the items on display in French culture. After greeting the vendor, service will be on standby. Feel free to feast your eyes on the goods until you’ve made your selection. The shopkeeper will then be more than happy to handpick the freshest produce for you.

Alternatively, you can ask for permission to touch or pick up items you’re interested in.

Ready for Paris? Having learnt about social customs in Paris and French culture as a whole, you’re bound to make the most of your holidays. Head over to our Paris City Guide to start planning your trip to the French capital.