Must sees of San Francisco

Save money in the US’s most expensive city

An aquarium, planetarium, and rainforest under one roof!

Aquarium of the Bay: Skip The Line

Appreciate over 124,000 pieces of amazing art

Taste the finest wines of Napa Valley on this guided tour

Check in at the Google Campus, Facebook, and the Computer History Museum

Descend into the hellish depths of San Francisco's Dungeon and celebrity egos!

Get a different point of view

And you'll have fun, fun, fun in this hilly city

See the Conservatory of Flowers, Shakespeare Garden and more on two wheels

Get back to nature with ancient trees, and soak up amazing San Fran views

If it feels like you’re in a 13th-century Tuscan castle, that’s because you are!

A 30-minute flight over San Francisco on a seaplane

A road trip from San Francisco to Monterey and Carmel

Sip some coffee, munch some lunch, and sail around the Bay

Return trip from SF to Yosemite, one of America's most popular national parks

Mom, dad and the little ones will all love these highlights

Discover the SFMoMA, San Francisco Zoo, Aquarium of the Bay and much more!

Lions and tigers and bears, oh my. See them all at San Fran's Zoo

Mingle with the stars in San Francisco

Haunted or not? Find out for yourself...

Cinematic magic that sweeps you off your feet - with a discount until 31 May!

Laugh, scream, and jump out of your goosebumpy skin at The San Francisco Dungeon

All things to do in San Francisco

An aquarium, planetarium, and rainforest under one roof!

Aquarium of the Bay: Skip The Line

Lions and tigers and bears, oh my. See them all at San Fran's Zoo

Uber and Lyft are both great ways to get around this hilly city, especially outside of peak hours. Buses, street cars, the subway and cable cars run regularly, while cycling is also popular. If you're flying into SFO, take the BART towards Pittsburg/Baypoint and then call a car to your destination. It's cheaper and faster than driving from the airport.

September to November is a great time to visit San Francisco. It's less crowded and often warmer than July and August, which can be cold and windy (yes, this is California, but San Fran is surrounded on three sides by water and wind). Hotels are cheaper in winter, but take plenty of clothes to layer up. You never know when the fog will set in.

San Francisco is just up the California coast from Hollywood, but with a character of its own. The rolling hills, the dense fog and, of course, Golden Gate Bridge have all inspired filmmakers over the years. San Francisco has appeared as a backdrop in The Maltese Falcon (1941), Harold and Maude (1971), Escape from Alcatraz (1979), The Social Network (2010), and many more.

What to do in San Francisco for 3 days 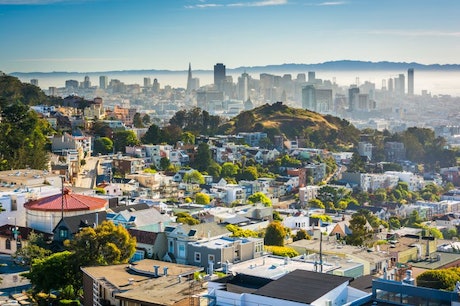 Walking is free and a great way to see the city and beyond. Panoramic views of the Golden Gate Bridge and downtown SF can be yours from Tank Hill. This 650-foot-high mini-park offers a host of endangered butterflies, rare birds and native plant species. Likewise, Kite Hill, a small park in the middle of the city has some equally good views. Take a picnic. 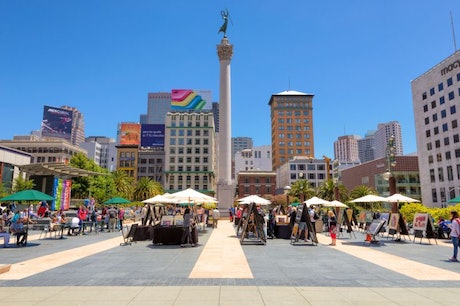 Shop where it's hot

Don't just shop on the tourist trail. You’ll have more fun if you head to Union Square in downtown and let the additional street performers and flower sellers put a smile on your face. The DSW Designer Shoe Warehouse has low cost footwear that the locals love, while the Mission is the place to go for the grunge that used to be found on Haight in the 60s. 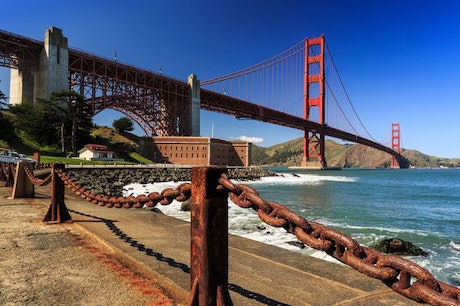 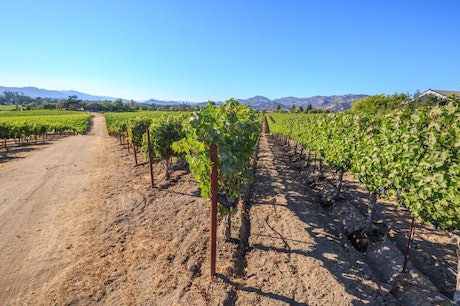 Some of America's very best vineyards surround San Francisco and, while you can take a tour to some of them, you can also drive, then rent a bike. Several companies rent bikes for under $50 per day. Alternatively, Uber and Lyft both operate in the area. To taste wines on a budget, download the Winery Finder app to find out where the latest discounts are.