Top 5 things to do in Helsinki

1. Temppeliaukio Church
Temppeliaukio Church is a Lutheran church in Helsinki, hewn directly into a solid rock formation. Its special architectural character makes it a draw for sightseers and Christian pilgrims visiting the Finnish capital.
2. SkyWheel Helsinki
SkyWheel Helsinki is a 40-meter high wheel that lets visitors soak up Helsinki's sights from climate-controlled gondolas. It is located in the city center and is easy to reach on foot and with all public transport.
3. Suomenlinna Maritime Fortress
Suomenlinna Maritime Fortress is one of Finland's most popular landmarks. It was built as a maritime fortress and a base for the Archipelago Fleet during the Swedish era. It is located a short ferry ride away from Helsinki.
4. Flying Cinema Tour of Helsinki
The Flying Cinema Tour of Helsinki is a virtual reality experience that takes visitors on a 4D tour of the city. It is located in Helsinki, Finland.
5. RedRib
RedRib is a company offering outdoor activities, boat tours, water sports and other fun experiences in Helsinki, Finland.

Combine Helsinki favorites. Some things are better together.

All things to do in Helsinki

The Suomenlinna Museum is devoted to the history of the UNESCO World Heritage site it's named after. Located off the coast of Helsinki, it offers insights into the events that shaped local history, as well as the daily lives of people who lived and worked in this centuries-old former fortress.
Espoo

The WeeGee Exhibition Centre is a former printing house in Espoo, Finland, that now houses four museums on its premises. These include EMMA – Espoo Museum of Modern Art, KAMU – Espoo City Museum, Finnish Toy Museum Hevosenkenkä, and the Finnish Museum of Horology.
Helsinki

The Seurasaari Open-Air Museum is located on an island just off the coast of Helsinki, and features objects and exhibits representing the traditional Finnish way of life. The museum consists of multiple historical buildings relocated from various provinces around the nation, and its exhibits provide a glimpse into the life of rural Finns from the 18th to the 20th century.
Helsinki

There’s something about tram networks that suggests (and usually, affirms) that a city will be easy for tourists to navigate – and Helsinki is no exception! With an extensive tram network throughout the city center and adjacent suburbs, the city also offers convenient bus and metro lines. Tickets are transferable between all public transport options, making them your best bet for getting around. Taxis are costly and not recommended. And, though there are bike lanes, they’re better-suited to locals than tourists, given the complicated routes, challenging seasonal conditions, and the fact that pedestrians and cyclists share the same paths. The Helsinki Card not only covers admission to some of the city’s best attractions, but also provides free access to public transport.

Weather and when to go

They say light itself is different in Helsinki, and with good reason: from season to season, Helsinki glows, glimmers, beams and burns with every color of the rainbow. From vivid greens and blues during springtime to snow-covered translucent winter, Helsinki is beautiful year-round. However, as one of the world’s northernmost capital cities, its weather skews cold. Rarely exceeding the low 20s in the summertime, Helsinki winters can drop to as low as -10 °C. This is why the majority of tour guides recommend visiting during the short (but glorious!) summers, though locals tend to recommend springtime even more. For those who aren’t afraid of the cold, Helsinki is one of the best bets to catch a White Christmas… as long as you’ve got the thermal clothes for the occasion!

Cosmopolitan yet cozy, Helsinki is a bit of a hidden treasure. Finland’s capital is historical yet unapologetically hipster, combining neo-classical architecture with a buzzing culture of festivals, food culture and damn good coffee. Though good-natured rivalry from its Nordic neighbors see the Finnish language dismissed as ‘unintelligible gibberish’, there’s no reason to fear a language barrier: the locals have an excellent command of English and decent competency at Swedish. Whether jaunting to one of the neighboring islands in the archipelago, scampering among wild reindeer, visiting one of the most unique stone-carved churches in the world, or sampling the culinary and party-oriented delights of the city, Helsinki will capture your heart.

What to do in Helsinki for 3 days 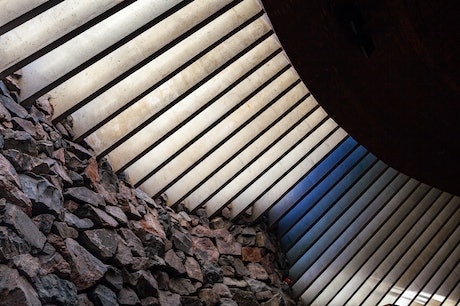 No matter how many beautiful churches you’ve seen around the world, we can guarantee that you’ve never, ever seen one quite like this. Temppeliaukio Kirkko is an architectural wonder: a church carved directly into pure stone, with 360 degrees of light filtering across the pews from its domed ceiling. If you only have time to see the one hotspot in Helsinki, this is the one. Temppeliaukio Church also hosts a number of live music concerts. Look up what’s on before you visit. 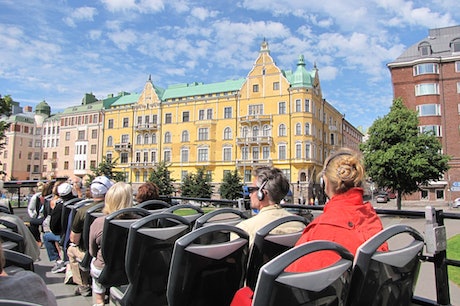 Hit the highlights at your own pace

The hop-on hop-off tour bus traverses 18 of Helsinki’s most popular sights, including the Sibelius Monument, Helsinki Museum, Botanic Gardens, the Temppeliaukio Church and even a Finnish sauna at Löyly. Enjoy an audio tour (available in ten languages) and disembark anywhere along the route to explore a little more thoroughly. Bundle your bus ticket with a relaxing cruise which covers the historic Suomenlinna Maritime Fortress and the Helsinki Zoo on Korkeasaari Island for extra added value. 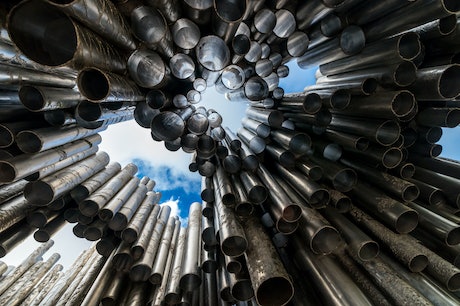 Get to know the sounds that helped define the country

Jean Sibelius, Finland’s most iconic composer, celebrated his country’s natural beauty through a lifetime of work. Nowadays the Sibelius Academy continues his legacy with the Sibelius Finland Experience, hosting stunning orchestral performances accompanied by award-winning artistic designs. Sibelius's powerful music can whisk entire audiences across Finland’s scenic fjords, hills and surrounds. For more Sibelius, make sure to check out the monument dedicated to him inside Sibelius Park. 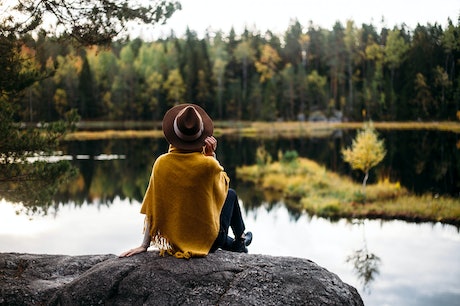 Be the envy of all your friends with a jaunt to Nuuksio Reindeer Park, just outside of Helsinki. Try to keep your heart from melting as you make four-legged friends with the help of humanity’s greatest currency, at least when it comes to animals: food. Depending on how fit you are, there are eight hiking trails and 30 km of biking trails. Combine your visit with a Helsinki Sightseeing Tour to enjoy some Finnish history and direct transport to and from the Reindeer Park.

Best places to visit in Finland