Get your freak on! How to spend Halloween 2018 in NYC

by Becky Wicks
in Things to Do
Reading Time: 4 mins read 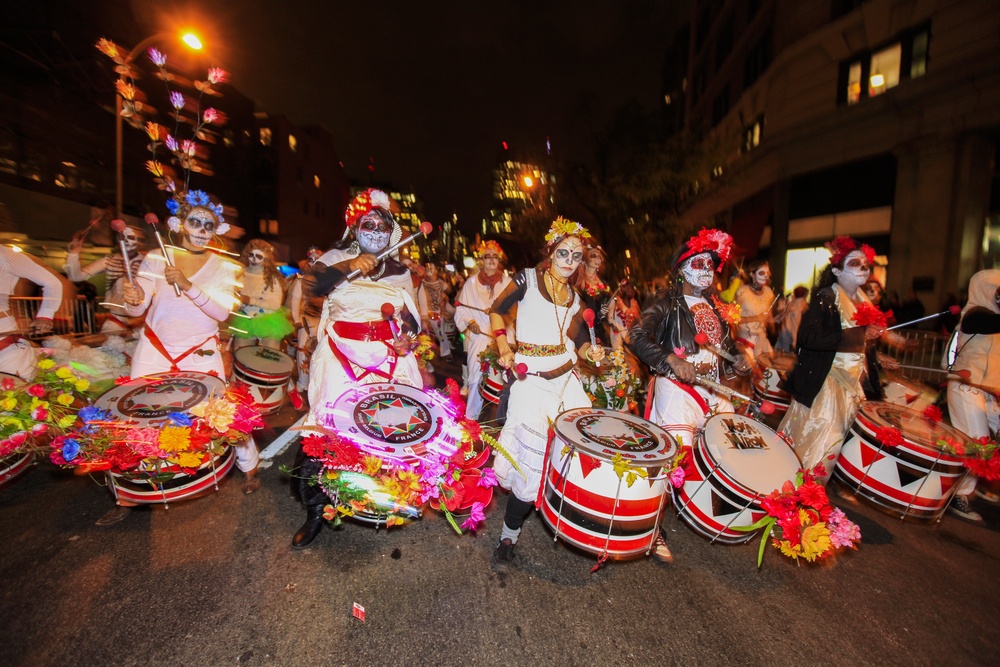 Scary is expected at the Village Halloween Parade

Things can get pretty weird in New York City at the best of times, but on Halloween all hell breaks loose. Literally. Put your scariest costume on and check out some of the best things to do this Halloween 2018 in NYC!

Manhattan’s legendary Village Halloween Parade returns to the streets for its 45th year. Expect madness en mass with hundreds of weird puppets, 35 bands playing all kinds of music, hundreds of costumed dancers, and even more New Yorkers dressing to impress in their scariest best! This year’s  Official Halloween Parade After Party is a Mascureaids Ball that will raise money for the Research Foundation to Cure AIDS (RFTCA) and features a tasty $5,000 prize for the best costume.

The Monster Ball at Stage48

For the serious Halloween party animals out there, this carnival of debauchery at one of Times Square’s most lavish nightclubs promises to be a hell of a good time. Featuring a trick-or-treat costume contest with cash prizes for the most outrageous costumes, world-renowned DJs spinning sets across four floors, and an open vodka bar, ghoulish levels of good times are guaranteed!

Island of Lost Souls: A History of Madness and Medicine on Roosevelt Island

Take a two-hour walking tour through what was once a gruesome landscape of madmen and convicts. Roosevelt Island banished its plethora of unwanted souls to the island’s neo-Gothic asylums and penitentiaries to die slow and miserable deaths. If nothing else, this tour will bring to light our twisted tendency to hide away that which we don’t like or understand.

When: Selected dates throughout October and November.

Halloween was born from the Pagan harvest festival, Samhain? On the night that blurred the boundaries between living and the dead, Celtic festival-goers would light bonfires and don ghoulish costumes to ward off evil spirits.

Past guests of the infamous MoMA PS1 Halloween Ball include the likes of Robyn, Ladyfag and Chloe Sevigny, so you know it’s a pretty big deal. The museum’s galleries will be open and showing special exhibitions, while costumed guests vie for attention in sci-fi themed outfits. The spacier the better at this futuristic fantasy night in Queens.

Over 7,000 glowing pumpkins make for a pretty spooky sight at one the tristate area’s most popular Halloween events – The Great Jack O’Lantern Blaze. Intricately carved pumpkins become works of orange art, making for perfect pumpkin photos along the riverside near Van Cortlandt Manor. Don’t miss a spin on the 20-feet-wide Pumpkin Carousel, and be sure to snap a selfie by the jack o’lantern Statue of Liberty!

Do you know any cool parties this Halloween 2017 in NYC? Let us know on Twitter!

Meanwhile… start planning your next trip with Tiqets.com, or check out the  latest tips for more can’t-miss attractions.