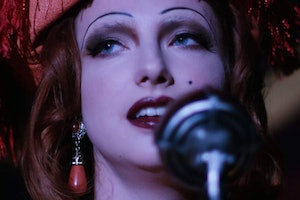 Inspired by a mix of Gothic horror from the 19th century and film noir classics set in San Francisco – namely Orson Welles's The Lady from Shanghai (1947) and Alfred Hitchcock's Vertigo (1958) –, Alexandre Singh brings his debut film The Appointment to the Legion of Honor.

In this exhibit, the fantastic and supernatural qualities of Gothic tales are conjured, and cases of mistaken identity and the doppelgänger motif reverberate throughout the film. The film was conceptualized alongside art historian Natalie Musteata, and printings and sculptures from the museum's collection have been installed on mirrored walls.