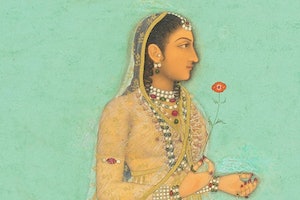 The debate around art, colonialism, and exhibiting cultural objects that were taken from their homeland during foreign occupations has never been more topical than now. On one hand of the debate, institutions have safeguarded priceless art for centuries and provided audiences with the chance to engage with artworks, artifacts, and treasures from distant lands. This has offered cultural enrichment and a positive lens through which to conceive the 'other' by revealing the universal humanity that lives in all art.

On the other hand, the appropriation of art through colonial pillaging is seen as problematic by the places and peoples from which they originate. There has been an increasingly vocal movement towards the repatriation of artworks and artifacts that came into British possession as a result of imperial conquest. There's no one easy solution to this issue, but mindfully engaging with art remains the most prudent way to shape the debate healthily on both the personal and political levels.

With this in mind, a brand-new exhibition of the Royal Collection's immense trove of South Asian paintings and manuscripts is almost guaranteed to inspire such healthy debate, as well as doubtlessly inspiring some artistic creativity, with a truly dazzling selection of artworks that helps trace 400 years of the literary and artistic history linking the British monarchy to the Indian subcontinent.

Illuminated manuscripts, dazzling depictions of the Mughal court, royal portraits, Hindu epics, and modern works will all be displayed and contextualized within the framework of its colonial acquisition and its broader place within art history.

4.8
based on 13 reviews
5
4
3
2
1
11
1
1
0
0
A
Anonimowy
23 lut 2020
Wspaniały
Première visite et je ne regrette pas. Merci cette belle découverte
A
Alexandra,  Wielka Brytania
30 gru 2019
Wspaniały
Lovely gallery, no queues, beautiful drawings. The staff are delightful too.
C
Corona,  Wielka Brytania
17 gru 2019
Wspaniały
The Da Vinci exhibition is absolutely fabulous... you can actually observe his scripts so close and there aren’t any barriers to keep audience from the works...my eyes were filled with tears.

There's more to see nearby