Tickets for Museum of the American Revolution: Skip The Line

An immersive journey through the American Revolution 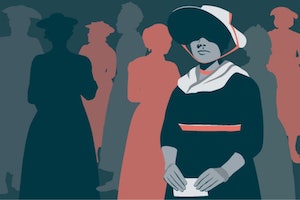 Almost two centuries before the US suffrage movement, women and free people of color had already gained and lost the right to vote. Follow the trail of America's tenuous democracy by learning about the 'The New Jersey exception' that was a widespread experiment in gender equality – or an unintended loophole – that allowed women to vote long before the 19th Amendment.

The evidence of women's political engagement between the 1700s and 1800s is scant, but irrefutable. See documents like poll lists bearing women voters' names, as well as textiles, manuscripts, and works of art that tell the stories of these pioneering women and free people. Find out about the chaotic events that put a stop to New Jersey's seemingly progressive political landscape, which included men who donned dresses to vote multiple times.

The New Jersey exception marks a moment in history when women began to be thought of as political beings. The fact that the women's vote was lost for almost another 200 years serves as a reminder of the fragility of our right to vote – a right many take for granted in the 21st century, often when it is most needed.

Without the revolutionaries, the Philly cheesesteak would be plain-old English scones. The Land of the Free owes its existence to the American Revolution of 1765–1783.

The Museum of the American Revolution adds to Philadelphia's rich historical landscape, exploring the patriots' against-all-odds journey from insurrection to independence. Learn about the Boston Tea Party, key battles, and the historic penning of the constitution on this interactive ride through American history!

Steps away from Independence Hall, the museum houses an unrivaled collection of Revolution-era items, but it's much more than muskets and military dress. Marvel at weapons, personal items, documents, and stunning works of art as you learn about the founding fathers and other famous rebels.

Immersive galleries, powerful theater experiences, and interactive exhibits give the story some 21st-century flair. From George Washington's restored field tent to a reproduction of a giant Liberty Tree where the roots of rebellion first grew, the museum provides detailed exhibits that will intrigue adults and kids alike.

Museum of the American Revolution

Philadelphia's Magic Gardens is a non-profit organization and a folk art outdoor gallery space on South Street in Philadelphia, Pennsylvania. Created by Philly native Zagar Isaiah, the mosaicked Magic Gardens spans three city lots and has a colorful outdoor labyrinth. It is a sightseeing must when visiting the Birthplace of America.
5.0 / 5 (1)
From
$49.00
Philadelphia

Penn Museum is an archaeology and anthropology museum that is part of the University of Pennsylvania. It is located on Penn's campus in the University City neighborhood of Philadelphia.
5.0 / 5 (1)
From
$18.00
Philadelphia

Directly north of Independence Hall is Independence Mall, and then there's Congress Hall – you could say that the history here is wall-to-wall. This three-block section of the Independence National Historical Park in Philadelphia is surrounded by historic buildings, including the Old City Hall, the National Museum of American Jewish History, the Philadelphia Mint, and other landmarks. Independence Mall often hosts public events and is a fresh spot of green in the City of Brotherly Love.
From
$39.00

Tickets for Museum of the American Revolution: Skip The Line