Tickets for National Gallery of Denmark 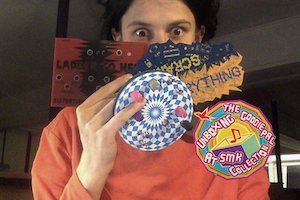 Electronic music has become one of the most popular music genres in the world, with more subgenres and disagreements about definitions therein, than there are stars in the observable universe – almost!

Most modern music and sound design incorporate some elements of computer-made music these days. But what is sound art? And do the methods by which said sound is produced (digitally or otherwise) affect this distinction?

This will all be food for thought as you experience one of the largest collections of sound art ever 'displayed' when Danish artist and electronic composer Goodiepal presents his collection at SMK. 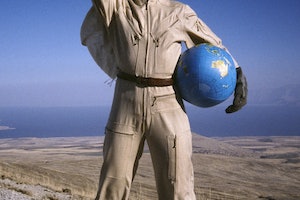 "In the midst of chaos, there is also opportunity" – Sun Tzu, The Art of War

Art and war have been entangled since humans first discovered that they could use the same stick to paint cave walls as they could to shank their enemies in the jugular vein. Things have gotten slightly more sophisticated since then, but the inextricable link remains.

With Flashpoints, the SMK presents political art from the past 100 years, with major works from Hannah Ryggen, Jenny Holzer, Mona Hatoum, Käthe Kollwitz, Pia Arke, Ursula Reuter Christiansen, and Tabita Rezaire, among others. All are artists who have used compassion and non-violent forms of resistance to reshape their social and political engagement into monumental artistic statements. 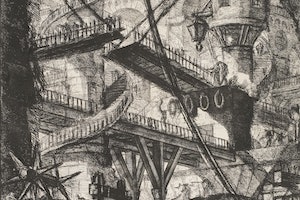 Truth or visions? Artistic representation or bombastic exaggeration? How does art capture emotion and relate to reality? What do distortions of form accomplish in the eye of the beholder, and what do they tell us about the artist? These are questions highlighted by Piranesi.

Experience one of the 18th century's most fascinating artists when Giovanni Battista Piranesi's emotionally moving, visually arresting, and often Kafkaesque, grotesque etchings and artworks take over SMK. It might be time to resurrect the emo fringe for this one!

Denmark's National Gallery – in Danish that's Statens Museum for Kunst or SMK – chronicles not only Denmark's Golden Age, but also highlights the works of Dutch masters, and the Parisian powerhouses who reshaped art in the early 20th century. The collection, once the property of kings, mixes permanent and temporary exhibitions to make for a visual feast in the heart of Copenhagen.

The names of great artists seem to float above Paris and the Netherlands, but when you see Carl Bloch's In a Roman Osteria, you'll question why you haven't heard his name sooner. The Danish Golden Age is filled with lesser-known masterpieces from the 19th century, with the National Gallery boasting the largest collection of Christen Købke's work, depicting everyday life in Denmark during the period.

Take a voyage through Western European history, and explore religious depictions from 600 years ago, the boom of nationalist pride, as well as the onset of Paris's artistic prestige. The museum houses a collection of 25 pieces by Matisse and an exhibition devoted to France between 1900-1930.

If contemporary art is more your cup of Carlsberg, you'll find a healthy offering of international installations and mixed media, with sculptures catching your eye as you go from room to room, in some cases filling the entire space.

SMK is located right between three historic parks: The King's Garden, The Botanical Garden and Østre Anlæg. It's the perfect place to relax after you come out of the museum.

For an enchanting peek into Danish history, Tivoli Gardens in Copenhagen is unbeatable. First opened in 1843, this is the second-oldest fairground in the world. The rides are timelessly delightful and the atmosphere is captivating. Tivoli Gardens, Historic Copenhagen Fairground | Tiqets
4.7 / 5 (106)
From
$21.41
up to —20%
Frederiksberg

Copenhagen ZOO is one of the oldest zoos in Europe. With over one million visitors a year, it's the most visited zoo - and the 4th most visited attraction - in Denmark. The zoo is noted for its new elephant house designed by the world-famous British architect Sir Norman Foster.
4.7 / 5 (64)
From
$24.74
Copenhagen

Copenhagen City Hall is the towering castle-like headquarters of the municipal council - and also of the Lord Mayor of the Copenhagen Municipality. The building is located on City Hall Square, in central Copenhagen.
4.9 / 5 (14)
From
$6.34

Tickets for National Gallery of Denmark