Your ideal 48 hours in Rome 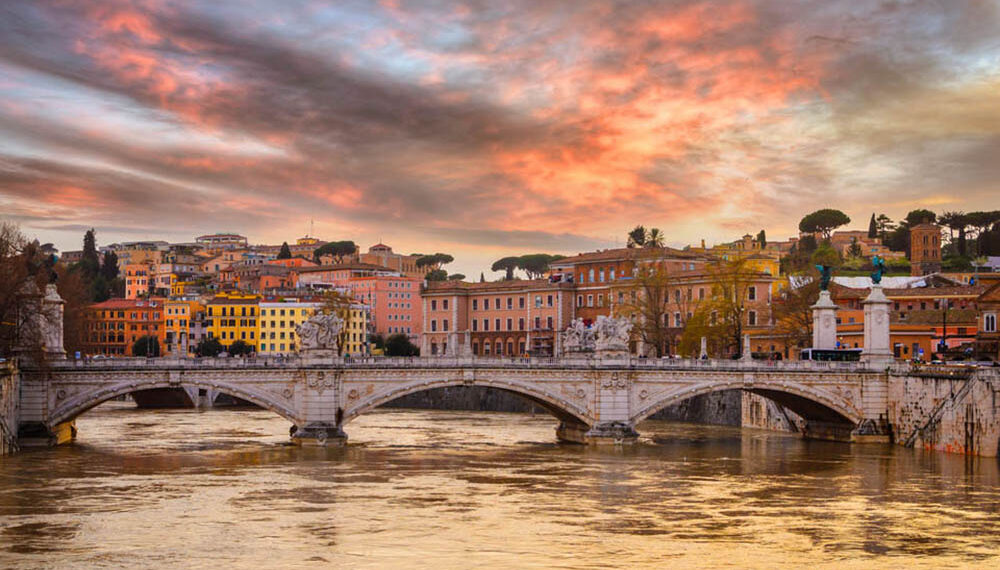 What do history buffs, cultural connoisseurs, and Catholic pilgrims have in common? They’re all aching to visit Rome! ‘The Eternal City’ is full of timeless art, glorious ruins, and holy squares – all of which you’ll get to see with only 48 hours in Rome, and in a highly exclusive way.

With a lot of the major sites being within walking distance of each other, the Historic Centre (or Centro Historico in Italian) is perfect for exploring on foot. If you do prefer transport in the historic part of town, there are Hop-on-Hop-off buses cruising on the few roads that cross the area.

Getting to the Historic Centre (and anywhere else) is easy enough. The Roman metro line, called Metropolitana, is your best bet for getting around Rome from 05:30 to 23:30, and until 01:30 on Friday and Saturday. Tickets cost €1.50 and are available at tobacco shops, newsstands, and stations’ vending machines. You can also get a two-day ticket, covering your 48 hours in Rome for €12.50.

La mattina: Private time at the holiest of holy places

Millions of people visit Vatican City each year to get a glimpse of awe-inspiring frescos and sculptures from the likes of Michelangelo, Raphael, and Bernini. With so many visitors, that’s all most of them get: a glimpse. You, on the other hand, will get to take all in without anyone in sight.

Sistine Chapel and the Vatican Museums

Start off your weekend in Rome exclusively by getting access to the Sistine Chapel and the Vatican Museums before they open to the public. This means getting up early, and arriving at 07:45. It also means none of the infamous queues, no rubbing shoulders with hordes of tourists – and alone-time with some of the greatest artworks of human history. Who else can say that?

Things only get more special after your walk through the Vatican Gardens. There’s a special train running between Vatican City and the Pope’s summer palace. Guess what? You’re getting on it.

Your train ride takes you to one of Italy’s most charming towns. Seated atop the Alban Hills and overlooking Lake Albano, Castel Gandolfo has been under jurisdiction of the Vatican since the 16th century.

Arriving at the train station, you’ll hop on an eco-friendly shuttle bus to tour the Gardens of the Pontifical Villas, or you can opt for a tour of the Gardens and of the Apostolic Palace. The palace was only opened (in a very limited fashion) to the public in 2014, making this a special opportunity for you to see what papal holidays look like.

After touring the palatial grounds, you’ll have some free time in Castel Gandolfo – offering you the opportunity for a stroll through the charming lakeside town. Quench your thirst with a glass (or two) of local wine at Antico Ristorante Pagnanelli. Not only is this the best restaurant and wine bar in town, it also has a lush green interior – and stunning views of Lake Albano.

Having spent your afternoon like a royal (or a pope), you’ll be back to St. Peter’s Station in Rome at 18:30. Take your time for a scenic walk, or catch a bus to Saint Angelo’s pier.

Dinner Cruise on the Tiber

Arrive at the pier before 20:30 to end your day the way you started it: like a real VIP. The dinner cruise – Rome by night has all the ingredients for an unforgettable night on Rome’s grand riverway. With food prepared fresh for the journey, a live band playing a mix of Italian and international songs, and mesmerizing views of Rome, your night on the Tiber can’t get more special (or romantic).

With your boat docking at 23:00, there’s ample time for drinks around Rome’s prettiest piazza before heading home. Piazza Navona is sided with cute cafés and restaurants, giving you plenty of option for a good glass of wine (sure, have the whole bottle).

If you’re in a particularly picky mood, there is always the off-beat bar for trendy folks in the know. Bar del Fico is that bohemian watering hole right behind Navona Square. Mingle with hip locals enjoying aperitifs, whilst watching performances on a small circus-like-stage — because hey, you’re only here for 48 hours, right?

After your visit to the heart of the Vatican, it’s time to get to know the Roman Empire by visiting the most important ruins of ancient times.

Be unlike a thousand other tourists, get a multilingual representative to guide you past the notorious queues of the Colosseum and right into the amphitheater that could once hold 80,000 people. Here, Romans from all ranks of society gathered to watch fierce gladiators fight lions, rhinos, and each other – so they could regain their status as free citizens.

The Roman Forum and Palatine Hill

The host that gets you to skip the line at the Colosseum also gets you skip-the-line access to the two other historic sites you can’t miss: the Roman Forum and Palatine Hill.

At a stone’s throw from the Colosseum, the Roman Forum was the heart of social and political life in ancient Rome. It’s where, in 44 B.C., Caesar was declared the Roman Empire’s dictator for life (only to be assassinated one year later), and where his cousin Augustus was crowned first emperor 17 years later. The history of Palatine Hill goes back even further – being the place where Romulus, having defeated his brother Remus, founded Rome.

Taking in so much history makes your stomach growl – time to grab a quintessential Roman lunch before hopping on the metro to your next destination. You can find panini’s all along the big streets, but the best Italian toast in the neighborhood is Pane & Vino, just a 5-minute walk from the Colosseum. Their porchetta paninis are especially tasty!

The house of Borghese started in the 13th century with a wool merchant. And the family’s done well since then: their house has included popes, counts, senators, and philosophers. So how will you join their ranks? By spending an afternoon at their private art collection.

The Borghese’s art collection is second to none, with works like Bernini’s David, Raphael’s Deposition, and Canova’s Venus Victrix. Do note that, with such magnificent highlights, the timed tickets that get you access to the Borghese Gallery are hard to come by – sometimes selling out a month in advance.

After your visit to the gallery, and to end your 48 hours in Rome as a VIP, linger in the aristocratic aura by wandering about the Villa Borghese complex. Can you imagine that this beautiful garden (and Rome’s third-largest park!), with its numerous villas, was once someone’s backyard? Having become a true Roman VIP over the course of one weekend, you surely can.

Staying longer than 48 hours in Rome?

Stay as long as you like; there’s so much more to see in Rome! Want to know what exactly? Have a look at our post about the top 10 things to do in Rome here.