Your ideal 48 hours in Paris 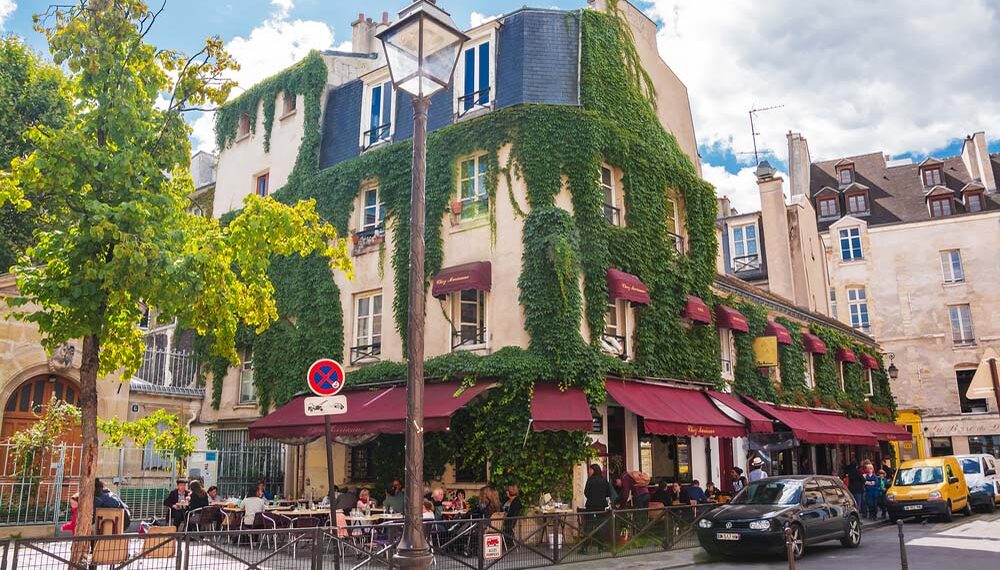 Paris is loved by many and visited by even more, but only few really get to know the city. With only 48 hours in Paris, you might think it’s impossible to become a Paris-connoisseur. Well, you just got lucky. This is how to get to the heart of the City of Light in two days.

You really get a sense of Paris walking along one of its many grand boulevards –  that’s why most of your weekend trip is within walking distance. But the sheer size of ‘The City of Lights’ demands you make use of what the locals call ‘le Metró’. The metro runs mostly underground and takes you to virtually every part of town – and beyond. A single ticket will cost you €1.90. You can also buy a 10-ticket pack, called a ‘carnet’ (pronounced kar-nay), which will set you back €14.50.

Matin: Get a sense of Paris on the isle

You get a good sense of Paris when you know a thing or two about its history. The Île de la Cité is the birthplace of Paris, making it the best place to start off your weekend. It’s home to the medieval cathedral of Notre Dame, and the Palais de la Cité – the first royal palace in France.

For centuries, the Notre Dame has welcomed pilgrims and other travelers to Paris – why break with tradition? Entrance is free and you’ll find audio guides at the entrances. Tourists flock to see the stone gargoyles and the organs, so start your morning on the isle early to stay ahead of the current.

The 13th-century Sainte-Chapelle was built as part of the Palais. With its mesmerizing 15-meter high stained glass, it is by far the finest chapel built in France. Saint-Chapelle is especially worth visiting on sunny mornings, when the early light bathes the interior with a million splendid colors.

Top off your morning by tying ancient history to the French revolution. The Conciergerie went from Gothic palace in medieval times to prison fortress during the revolution. Here you’ll find both Europe’s largest medieval hall, and Marie Antoinette’s prison cell.

History class will have your stomach growling. Cross the pedestrian bridge connecting the Île de la Cité with the smaller île Saint-Louis. Here you’ll find a classic Parisian café that is adored by the locals. From the checkered floors to the croque monsieurs, Café Saint Régis is as Parisian as you’ll ever find a bistro!

And, if after brunch you have room left for dessert, stop by at Berthillon for a scoop of their delicious ice cream. Their chocolate sorbet is definitely worth the queue.

If there’s one place you can’t miss in Paris, it is the Louvre. At four metro-stops from the Île Saint-Louis, this gigantic palace is home to some time-tested works (Mona Lisa, anyone?) of history’s greatest – think Da Vinci, Rembrandt, or Rubens.  Housing the world’s largest art collection (and probably the world’s best too), this is the mecca of art.

And then there’s the queues, which might be the world’s longest. Get a skip-the-line ticket to the Louvre and save a few of your precious 48 hours. After all, the world’s biggest museum (yes, it holds that record too) takes a while to explore!

If, however,  you’ve been to the Louvre countless times, you’re excused to see what kind of art modern Paris has to offer. A pleasant 15-minute walk from Île Saint-Louis takes you to the prolific Centre Pompidou (get priority access and online discount!). Hated at first and loved at last, the radical architecture of Pompidou, or Palace Beaubourg, fits the art it houses. Their collection of modern art is the largest in Europe, ranging from Dadaism to Abstract Expressionism, and from Picasso to Pollock.

But the Centre Pompidou is more than a museum, it’s also a community center where artists get together and share ideas. Think library, forum, repertory cinema, performance and exhibition spaces – and perhaps the most stylish bar and restaurant in all of Paris! Parisians and travelers in the know frequent Le Georges for the stunning view, French-fusion dinners, and beautiful crowd.

For a more (eh, most!) romantic dinner, a gourmet dinner cruise on the Seine is the best way to go. After all, Paris is most romantic when seen from the river at night!

And, if the night is calling out to you, head over to Rue Oberkampf to have a taste of Parisian nightlife. Café Charbon has been packed virtually every weekend since its opening over a century ago. So, if you can deal with the crowds, this iconic Belle Époque establishment is your best bet for a great night out.

For those wanting a different experience, Le Bric à Brac is the total opposite of the Charbon. This psychedelic café sets your mood with fluorescent colors and street art, paired with hip hop, electronica — and low prices!

Matin: Mornings are for strolls

There’s no better way to cure your hangover than with a stroll through historic Paris. With its cobblestone streets and medieval architecture, Le Marais is a portal to pre-revolutionary Paris. Stop off at any of the sidewalk cafés for coffee and croissant (Parisian breakfast pur sang) once you’ve worked up an appetite.

However, if you’re extra picky, Au Petit Versailles du Marais is the bakery to visit for mingling with the old aristocrats of this posh neighborhood. This artisanal boulangerie (bakery in French) really is the royal palace of baguettes and pastries!

After your Louis XIV croissant, it’s time to dive into the mind of one of the most revolutionary and well-known artists of the 20th century. The Musée National Picasso in Le Marais has over 5,000 of his works, along with art from his private collection – think Cézanne, Degas, and Matisse.

End your 48 hours in Paris with a panoramic view of ‘The City of Light’. Montparnasse Tower is the only place where you get to take in romantic Paris like it’s meant to be seen: without the unromantic Tour Montparnasse rising high above the grand boulevards and sloped roofs.

Leaving aside its unsightly appearance, Montparnasse Tower is the icing on the velvet cake that is your weekend in Paris. Not only does the tower serve the best view of the ‘City of Love’ from its 59th-floor observatory deck, it also serves some of the best food in Paris on its 56th-floor panoramic deck. Relish the view with a fine dining experience and fall in love with Paris all over again.

Staying longer? In that case, have a look at our Paris page for more inspiration!

Also, have a look at our map on the right side of the page for the addresses and opening hours of the mentioned places!