Tour de BonTon: The Amsterdam Sex Club Bringing the Industry Out From the Shadows

Its location has been home to brothels for most of the last 60 years, but the vision for BonTon Club, which opened in April 2019, was different.

This Amsterdam sex club welcomes a very different clientele during the day, as former sex workers hold Q&A sessions to dispel some of the myths and misconceptions surrounding the Netherlands’ legal sex industry.

It’s a short walk between the Rijksmuseum and the Heineken Experience, two of Amsterdam’s most popular tourist attractions. Locals and city-breakers alike walk between the two or board cruises along the canal-side Stadhouderskade, oblivious to the existence of Club BonTon.

During daylight hours, BonTon’s neon Strip Club sign blinks faintly in the second-story window of a skinny, typically Dutch building. Accessed through a nondescript entrance next to an art supplies store, the club fades into the background.

BonTon operates within the confines of the Netherlands’ legal and strictly regulated sex industry. It is primarily a high-end strip club with a nightclub-like atmosphere, but paid-for sex can be sought by its clients.

The perception about the sex trade in the minds of many of Amsterdam’s 19 million annual visitors is limited to visions of beckoning, pimp-beholden women working out of red-lit windows. This is something Club BonTon is trying to change.

“They think it’s not clean, or that the girls are forced to work. Maybe they think the girls are not looked after at the places where they work. Actually the government checks us every six weeks. They come in to make sure the girls are okay, and they talk with them.

These stories are shared through Tour de BonTon, which sees the club open its doors to patrons who, ordinarily, would not find themselves sat in red velvet booths, huddled around a stripper’s pole.

“A couple of students from Pennsylvania asked for a tour during the day time. They wanted to know about the industry, and they asked whether a girl would like to talk about her experience.

“They stayed for four hours, we actually had to say ‘that’s enough guys,’” Lotte laughs.

“There were so many questions. They were telling me afterward that they were thinking so differently about sex work and that their whole mind had changed. I thought ‘I’ve got to do something with this.’”

Tour de BonTon starts off with the guide telling her unique story of starting and working in the industry, followed by a look around the Amsterdam sex club and a no-holds-barred Q&A session. You won’t find this on many Things To Do In Amsterdam lists.

It often takes a while for the crowd to warm up, but gradually their defenses are maneuvered by an open, two-way conversation. People’s fascination overcomes their nerves, prompting questions like:

What are the weirdest things you’ve been asked to do? Have you ever had feelings for a client? Can you say no? Have you had famous clients? How long do you stay with a client? Do you always feel safe? How does it affect your personal life? Why did you start? Why did you stop?

“They are surprised,” says Lotte. “They have an opinion about it, and they don’t understand that there are women who love doing the job. It empowers them.

“The guides get to tell their story. One told me ‘every time I tell my story, and I see how people react, and I feel their respect, it gives me a very good feeling about myself.’

“Sometimes people hug them and say thank you, and give them applause. For me, then, the circle is complete. Being open is how perspectives can change.”

Not your average tour guide

The idea of sex work being empowering is echoed by BonTon guide, Jennifer. The Amsterdammer has worked in clubs and as an escort for eight years before moving away from the industry in 2012.

“I always say on the tour: being a sex worker meant being in control for me,” she explains.

“I’ve been doing the tour for six months. It was a bit strange at the beginning to tell my story. I have no problem being open about my past, everyone I know and care about knows that I worked.

“It is interesting to see people coming in with their own perception of a sex worker. You can see it when they come in – you feel their energy. They don’t know what to expect.

“I understand, you know. You’ve never been to a sex club before, you have a former sex worker in front of you. In your mind, a sex worker is a certain type. And then the story comes.

“Talking to me and engaging with me, you can see people relax as they realize I’m just a normal girl.”

Jennifer now works as an empowerment coach, helping women to “stand in their own power”. Women, she believes, are “the most interesting creatures on the planet”.

Every tour becomes an opportunity for reeducation according to Jennifer, who says people don’t need to “feel sorry” for sex workers. The majority of Tour de BonTon guests, she says, have a narrow, distorted view of sex work in the Netherlands and the industry as a whole.

“I want people to know that we are smart women who know exactly what we’re doing. They think we have to walk into a room, lie on the bed, and let the client do whatever. It’s completely the other way around!” She says with a hearty laugh.

“One guest asked me about that. I looked at her in a state of shock. That part, people don’t understand. They don’t understand that as a sex worker, you can control how your evening goes. We know how to use our sensuality to get what we want.

“When they think of a sex worker, they think of the Red Light District, 15-minutes, 50 euros. Which is also fine! The girls there do their thing. They like the exposure, they like flirting with clients who walk by. It’s just a different branch of the industry.

“But people don’t think about a client being in the room for seven hours or traveling with a client. That’s not what they think of.”

Choice is a recurring theme when discussing the industry – the choice to be a part of it and the choice to leave. A source of pride for Lotte is the opportunities the tours provide to those looking for a return to “day life”.

“If I look at the big picture, I would like to see this grow and grow,” she says.

“[With the tours] we can give girls the opportunity to stop if they want to. It’s an easier choice because you give them work experience. It’s also about going from night life to day life. They can get used to it. It’s a nice step.

“Sometimes they will get a boyfriend, or they don’t want the night life anymore because they have children. Or, they don’t like the job. Then we have the tours instead.”

Both Lotte and Jennifer are passionate defenders of the trade and take pride in bringing to light its success stories. But provision for sex workers, and the strict rules and regulations which allow for a cleaner industry are not the only side of this complex world.

“You have the part that is illegal,” concedes Lotte. “But there’s a much bigger picture.”

Sex work was legalized in Amsterdam in 2000 in an attempt to flush out the industry’s criminal element and improve working conditions.

It’s an ongoing process. In the Netherlands and elsewhere, it’s a world that remains taboo within social discourse, is blighted by stigma, and prone to being exploited by unscrupulous characters.

A quick look at statistics surrounding the world sex trade highlights the damning reality for millions of women around the globe.

“The most interesting person I spoke to was a guy that worked with women who were forced into the industry in Israel,” Jennifer explains.

“He came to do the tour because he could not imagine that there were women who chose to step into this industry. He had the opposite experience. Women who were treated badly, their passports were taken.

“We had a really interesting conversation. I was glad that he came. It was important for me to hear because I don’t know any girls who were forced into the industry. It was good to hear about his experience.

“It’s so much safer if you embrace the industry. We have a website that is curated for sex workers. They highlight every branch of this industry. They give so much information to the girls, and that makes it way safer.

“Twenty years ago it was different. There were a lot of pimps running the Red Light District. You didn’t need papers, not really. Now, everyone has to register. You need your papers to work. You need to pay the right taxes.

“The girls who step into this industry now [in the Netherlands], I can bet the vast majority of them work for themselves.”

Organized Red Light District tours were banned in 2020, with Deputy Mayor of Amsterdam, Victor Everhardt, stating: “It is disrespectful to treat sex workers as a tourist attraction…”

He is right, of course. But the fascination with Amsterdam’s unusual De Wallen district, which has housed sex workers since the 15th century, isn’t going away. Amsterdam’s Red Light Secrets Museum and Sex Museum both do a roaring trade.

Lotte’s hope is that Tour de BonTon, away from the haze of the Red Light District, can provide a clearer picture of Amsterdam sex clubs; an alternative for the throng of intrigued, ogle-prone tourists and stag parties drawn to the circus of Amsterdam’s most famous neighborhood.

“It’s about changing perspectives – you give them respect for the profession and the girls are making money from it. It’s done with respect. Through the windows, it’s a story told from a distance. If you come with us and hear the story, it’s the closest you’ll get. It’s not a joke anymore.”

Looking for more Amsterdam inspiration? See more of the Netherlands with these easy day trips from Amsterdam! 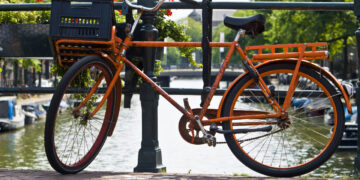 A Guide to Alternative Amsterdam 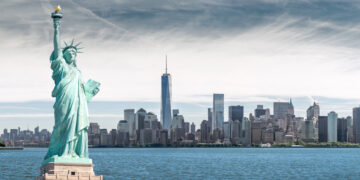 One World Observatory: An Insider Guide 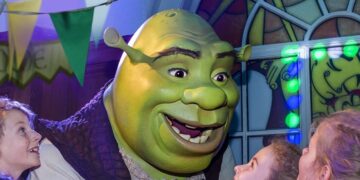 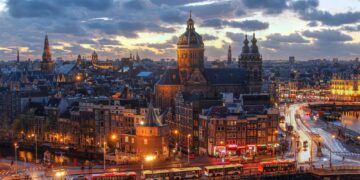 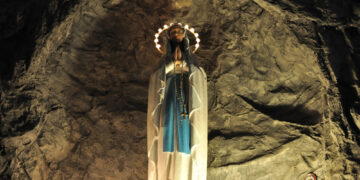 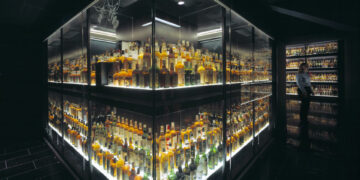 Scotch Tasting in Edinburgh – Inside the Scotch Whisky Experience