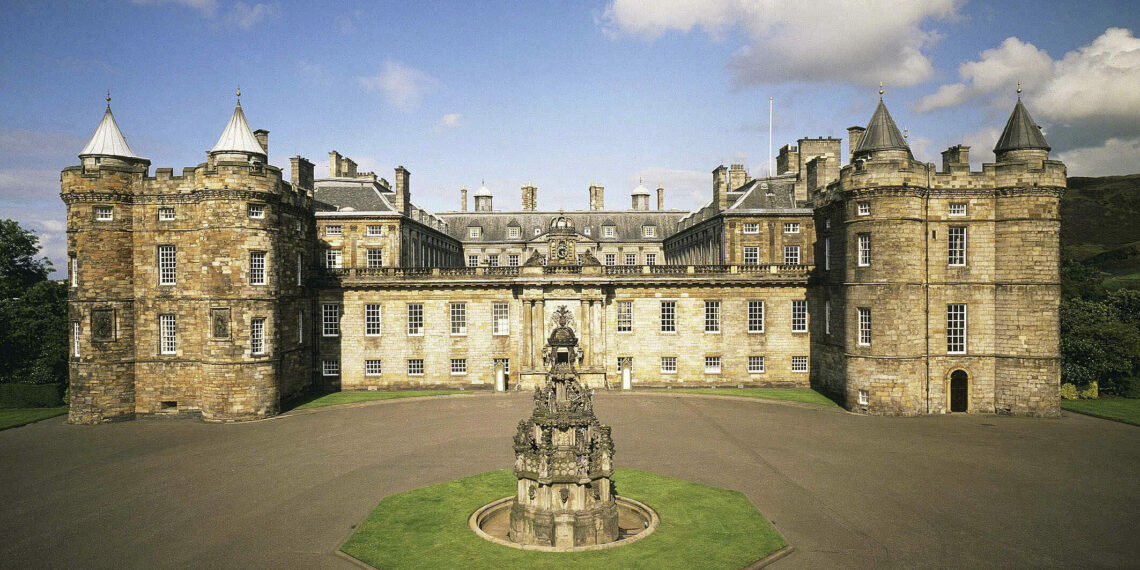 Images are issued to end-user media only. They may be used once only and only to promote visits to the official residences of The Queen. Images must not be archived or sold on.

The Origins of Holyroodhouse Palace and Abbey

In the 12th century, King David I founded an abbey on the current site of Holyrood Palace after a religious encounter with a stag. Fearing the stag would kill him, the animal spared King David I after a cross appeared in its horns. Rood is the old Scottish word for cross, so Holyrood means ‘holy cross.’

Holyroodhouse evolved over the British monarchy’s reign, most notably when James IV decided to leave Edinburgh Castle in the Middle Ages to move into the Abbey guesthouse with Margaret Tudor. They built the first palace alongside the Abbey in 1503. Then, the Palace was transformed by Charles II in the late 1600s, who added a tower and richly decorated apartments befitting a King. King George V and Queen Mary continued to restore the Palace in the twentieth century, modernising it as their family home.

King George V and Queen Mary actually hosted the first Garden Party at Holyroodhouse, a tradition that continues almost a century later. At the end of June, the monarchy participates in “Holyrood Week,” which celebrates the royals and Scottish history. The week culminates in the Garden Party, which is attended by over 8,000 guests.

Is the Palace of Holyroodhouse Worth Visiting?

Holyrood Palace and the Abbey continue to serve as vital pieces of living history, offering insight into the royal scandals of the past. Now, visitors can book a Holyroodhouse Palace tour and view its beautiful apartments, the ruins of the 12th-century Holyrood Abbey, and the picturesque gardens. History buffs and fans of the royals can enjoy a variety of tours while  visiting Holyrood Palace.

How to get to the Palace of Holyroodhouse

The best tour for royal-history buffs: The Palace of Holyroodhouse

Any royals fan will thoroughly enjoy this comprehensive tour, featuring the best of what Holyrood has to offer. Visitors can climb the winding staircase to Mary, Queen of Scots apartments, to get insight into the Queen’s scandalous history. After touring the luxurious State Apartments, tourists can check out the romantic ruins of the Augustinian Holyrood Abbey. In addition to access to the Palace’s public garden, this tour includes a free multimedia guide available in multiple languages. There’s no need to print out your ticket, just simply show your smartphone voucher and exchange it for a paper ticket upon arrival.

There’s a special Palace tour specifically for art enthusiasts and fans of Her Majesty the Queen. This tour grants access to The Queen’s Gallery, which lies at the entrance to the Palace. It is the largest room in Holyroodhouse and is adorned with 96 paintings, which include pieces from the monarchy’s private collection. Queen Elizabeth II often used the hall for official receptions over the course of her 70-year reign. Her portrait from 2018 is proudly featured in the Gallery. Art historians will particularly enjoy the multimedia guide included with this tour, featuring expert commentary from the Royal Collection Trust.

The best tour for fans of Edinburgh: The Royal Edinburgh

Edinburgh has 1400 years of history, and its magical beauty should be enjoyed to the fullest. This ticket includes fast-track access to Edinburgh Castle, the elegant Royal Yacht Britannia, and the Palace of Holyroodhouse. Visitors will also get unlimited 48 hours of travel to the Hop-On Hop-Bus, which makes transportation through Edinburgh a cinch. This is a fantastic tour to experience the full culture and history of Edinburgh and is a great value for your money.

The best tour for fans of the land and sea: The Royal Edinburgh + Three Bridges Inchcolm Island

This combination ticket continues to offer the best of Edinburgh, the Holyroodhouse Palace, plus the spectacular views of Three Bridges Inchcolm Island. Spend an afternoon away from the city by visiting the home of Edinburgh’s famous estuary, including the island’s ancient abbey. The boat has observation decks, guided commentary in English, and stunning views of Edinburgh’s historic Three Bridges, the Edinburgh skyline, and nearby islands.

Did you know Edinburgh’s most famous street, the Royal Mile, is longer than a mile? Interestingly enough, the Royal Mile is measured at one Scots mile long, which is 1.81 km. This guided walking tour will give visitors insider access to all of Edinburgh’s sordid secrets and a history lesson in medieval architecture. In addition to the walking tour, you’ll also get access to everything available in the Royal Edinburgh Tour, including skip-the-line access for convenience.

Planned your visit? Here’s all you need to know about the Palace of Holyroodhouse and here’s which handy restaurants are close by. 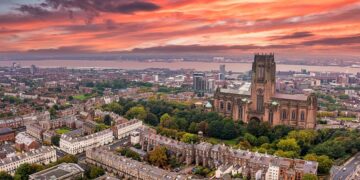 10 Things to do in Liverpool During Eurovision 2023 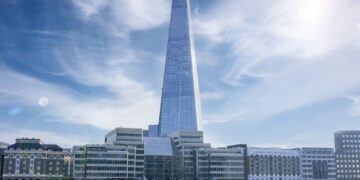 How to Get to The Shard: Everything You Need to Know 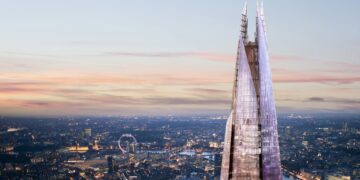 Top 7 Restaurants Near The Shard 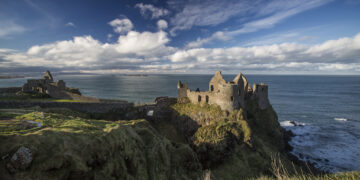 An Insiders Guide to the Game of Thrones Studio Tour 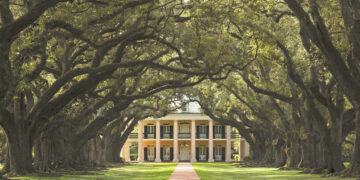 3 days in New Orleans: Your Go-To Guide to the Big Easy 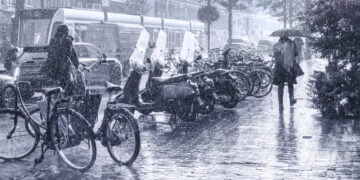 What To Do When it Rains in Amsterdam: 15 Ideas