How to Get to The Vatican: Travel Options from Around Rome 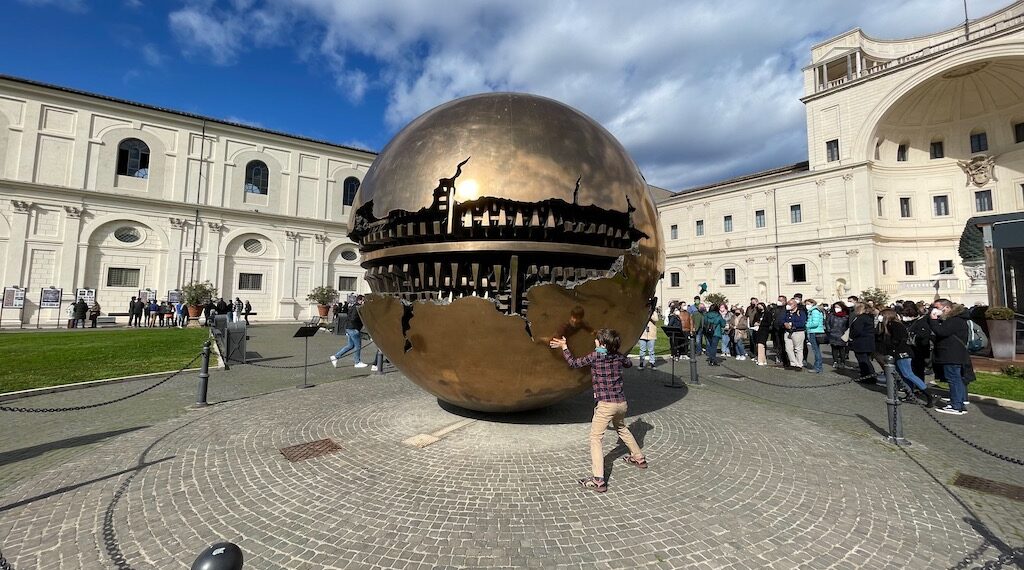 The Vatican is an exceptional site of religious history that welcomes more than 25,000 visitors on a daily basis. It’s a world heritage site and sits at just over 100 acres. It is also the smallest country in the world at about one-eighth the size of Central Park.

The Vatican started with the construction of a basilica over St. Peter’s grave in the 4th century A.D. It quickly became a popular site of pilgrimage and has remained so over the course of several centuries. It was Julius II who commissioned Michelangelo to paint the Sistine Chapel ceiling in 1508. Then the largest church in the world, St. Peter’s Basilica was built in 1626. It stands at 452 feet tall and measures 5.7 acres.

After a 60-year dispute between the church and the secular Italian government, Vatican City became independent of Rome in 1929 as an absolute monarchy with the Pope as its head.

Today, Vatican City has its own banking system, pharmacy, newspaper, post office, telephone system, and television stations. It’s home to over 600 citizens, including the members of the Swiss Guard, the protectors of the Pope.

There is so much to see and appreciate at the Vatican Museums. If you know how to get to the Vatican ahead of time, you’ll save yourself time and energy, and have an incredible experience exploring the greatest artworks in human history.

How to get to the Vatican via public transportation

The nearest metro stop is Ottaviano on line A, which is the orange line and runs through the famous Trevi Fountain. You’ll stop at the Via Ottaviano-S. Pietro station, and St. Peter’s Square is about a 5-minute walk.

St. Peter’s Basilica has a train station named St. Pietro. The trains run around Rome and are commonly used by those traveling from Civitavecchia, which is Rome’s cruise port. You’ll board the train at Roma Termini and get off at St. Pietro. After that, it’s only a ten-minute walk to St. Peter’s Square.

There are a few different Rome city buses that stop near the Vatican Museums and St. Peter’s Basilica. Bus 49 stops directly in front of the Vatican. You can also take buses 40 and 64, which travel from Roma Termini. These buses pass through Piazza Venezia, which is a central hub where many travel lines intersect.

Bus 40 will stop at Piazza Pia, which is about a ten-minute walk to St. Peter’s Square. Bus 64 stops at Terminal Gianicolo, which is a little more than ten minutes away from the Vatican Museums.

If you’re seeing the Colosseum beforehand, you can also take bus 81 from the Colosseum until Piazza Risorgimento, which is a five-minute walk to the Vatican Museums.

Walking is one of the most authentic ways to see Rome. With its narrow alleys, hole-in-the-wall eateries, and ancient secrets, there’s so much to see through natural exploration. Plus it’s budget-friendly!

If you’re starting at the Pantheon, it’s about a 45-minute walk to the Vatican. Remember that you’re in the ancient center of Rome, so budget extra time to stroll and sightsee en route!

From the Pantheon, you’ll walk toward the back of the square and then turn left onto Via Giustiniania until it becomes Via del Salvatore. This is probably the busiest section of the route, so be sure to use the pedestrian walkway to cross the road, before turning left down Corso del Rinascimento. Just a short distance, down the road, turn right onto Corsia Agonale, which leads directly to Piazza Navona.

From Piazza Navona, take Via de Coronari, which is lined with stores and cafes, and then turn right onto Via di Panico. Follow it until you reach Ponte Sant’Angelo, then cross the bridge and turn left onto Via della Conciliazione., This will lead you directly into St. Peter’s Square.

How to get to the Vatican by taxi

If you want to grab a taxi in Rome, make sure you go to a taxi stand – there’s one located at every major tourist attraction. From the city center of Rome, a taxi ride will cost you up to 20 euros. Be sure to tell the driver to take you to the Vatican Museums’ entrance, otherwise they’ll drop you off at St. Peter’s Basilica.

Early-access ticket to avoid the queues

As you plan your trip to the Vatican, consider booking an early-access ticket that gets you in before the busy crowds of people. Vatican Museums Breakfast & Sistine Chapel: Morning Entrance tickets will get you into the Vatican before it opens to the public on Saturday mornings. Plus, breakfast is included!

Enjoy your visit to the Vatican and perusing the contemporary art collection, the Vatican Gardens, and Michelangelo’s Last Judgement. There’s so much to enjoy at this historic place of worship, so make sure you give yourself plenty of time. And remember, even though the Vatican is its own country, you don’t need a visa or passport to visit!

Planned how to get there? Here’s all you need to know about Visiting The Vatican