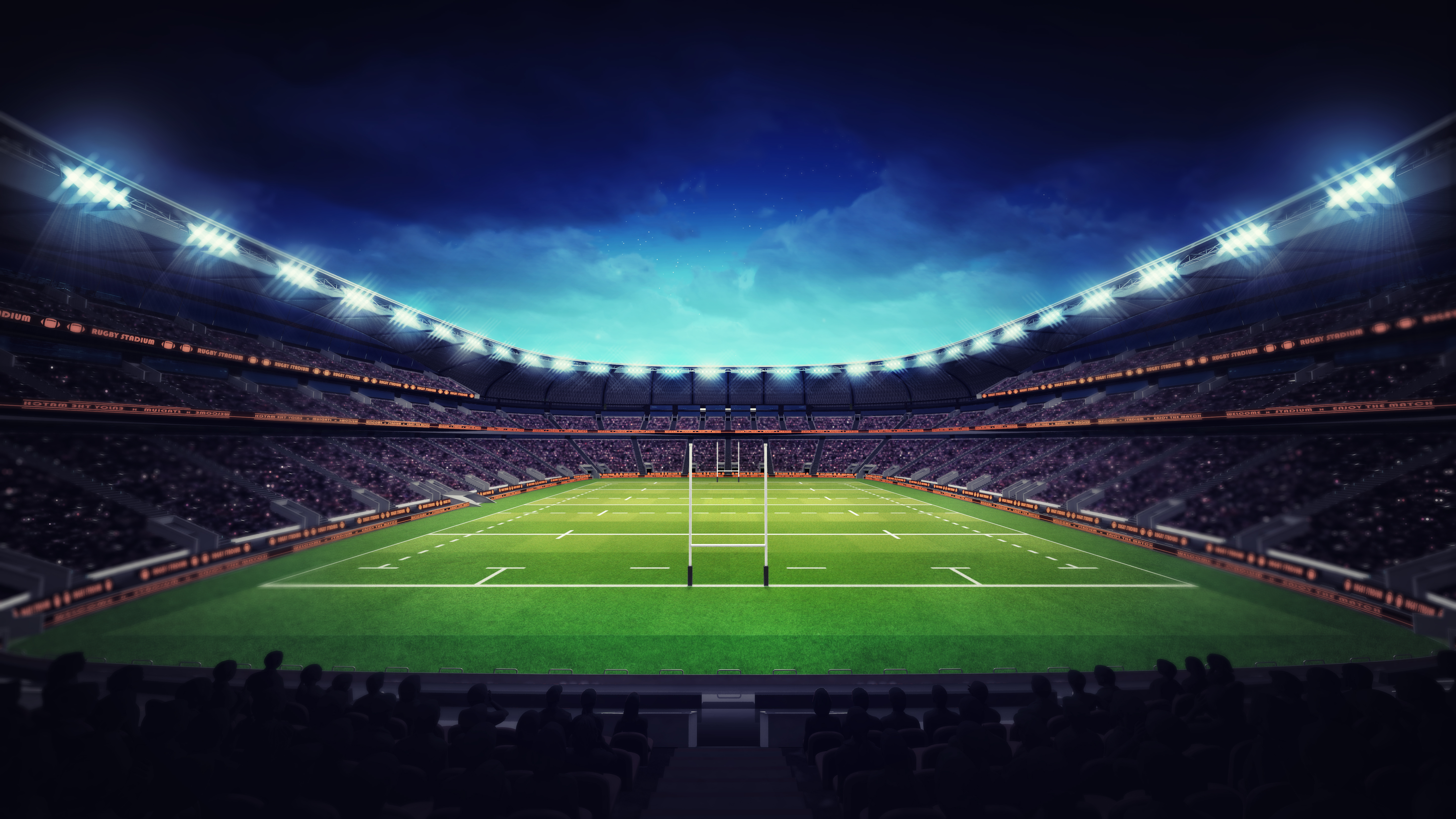 Say it quietly, but Japan might be on the verge of becoming known as a rugby nation. The country has been importing top trainers and coaches over the last years, and a new generation of homegrown talent is beginning to emerge. While the Brave Blossoms may not be close to displacing the All Blacks from their perch, there’s no denying that Japan has improved substantially over the last decade – culminating in that spectacular win over South Africa in 2015.

This year’s tournament, located in Japan, could be a special moment for the sport. If you’re lucky enough to be visiting Japan during the upcoming Rugby World Cup, we envy you. But while we might not be able to attend, we can still give you some of our top tips on the tournament’s host cities.

If you’re looking for more information on the cities hosting the games, trying to figure out how to get to the stadiums, or wanting some insider tips on what to do and where to go, read on.

Japan’s capital is huge. With around 14 million residents, it has over three times as many people as the entire nation of New Zealand.

Thankfully, Tokyo Stadium is located a bit outside of the hustle and bustle of the city’s metropolitan center, further to the west. The easiest way to get there via public transport is likely to be using the Keio Line or Keio New Line, from Shinjuku Station.

Since it’ll be extremely busy on match days, we recommend that you stay somewhere relatively close to the stadium – unless you’re trying to get caught in a scrum yourself.

We wish we had the time to tell you about all of the cool things you can do in Tokyo, but the truth is that we’d be here for days! It’s impossible to run out of sights to see and sushi to gruffle in this mega-city. Here’s a Tokyo city guide we’ve previously written, full of top recommendations.

The bustling city of Sapporo is the fifth-largest in Japan, and is the de facto capital of the country’s northernmost island, Hokkaido.

As the city’s main sporting venue, the Sapporo Dome will be hosting several games over the course of the tournament. It’s approximately 30 minutes away from Sapporo Station, not too far out from the city center.

If the name Sapporo looks familiar to you, you’d be right. Japan’s oldest beer brand is named Sapporo, after the city it was first brewed in, and the city still revels in its love affair with beer which began all the way back in 1876. Try some of the local pride – it’s a cultural experience, we promise.

Kamaishi is one of the lesser-known locations chosen to host the Rugby World Cup, but it might well be the most poignant. Located in Iwate Prefecture, it’s a small coastal town with around 35,000 residents, and is known for producing one of Japan’s most historically successful rugby union clubs.

Matches will take place at the Kamaishi Recovery Memorial Stadium, located to the north of the city, approximately 25-30 minutes away from Kamaishi Station.

The city was deeply affected by the devastating 2011 earthquake and tsunami, with over 1,200 residents losing their lives. The fact that it will now host thousands of people from around the world is a testament to the town, and the nation’s will to rebuild and move forward.

A small city known for its cherry blossom viewing, Kumagaya is located in Saitama – conveniently close to Tokyo, but significantly quieter and with a more relaxed pace.

The Kumagaya Rugby Stadium is a rugby-specific ground, which has been used for rugby union matches since 1991. Usually seating 24,000, an additional 6,000 seats will be added to accommodate the international crowds attending the world cup games at the stadium. It’s only 20 minutes away by train from Kumagaya Station.

While the tournament unfortunately won’t be held during cherry blossom season, Kumagaya is located close to the Musashi Kyūryō National Government Park – a perfect respite for people wanting to escape the crowd of rugby-lovers and get out into nature instead.

What’s the second-largest city in Japan? Osaka? Kyoto? The other one? If you answered ‘the other one’, and if by that you meant ‘Yokohama’, you’d be right. This modern metropolis has a long history with rugby union, after the game was first introduced to the city in 1866.

Matches here will take place in Nissan Stadium, also known as International Stadium Yokohama – the largest venue of the tournament, with the highest seating capacity of any stadium in Japan. It’s conveniently located halfway between Kawasaki and Yokohama, around 30 minutes from either city’s central station.

Fans of other sports might also recognize this as the place where (Brazilian) Ronaldo scored two goals against Germany to win the 2002 World Cup Final under the watchful and slightly menacing gaze of Pierluigi Collina.

There are plenty of things to do in Yokohama, as you might expect from a city this big. Whether it’s relaxing in a Japanese garden dating back centuries (Sankei-en), doing some shopping around the genuinely gigantic Yokohama Landmark Tower, or visiting Japan’s largest and most colorful Chinatown district, there’s something here for everyone.

Fukuroi is a small city in Shizuoka Prefecture, known for tranquil temples and peaceful natural surroundings. We expect this might change a little when Japan, Ireland, Scotland, and Russia are playing their respective games here.

Ecopa Stadium is located close to Aino Station, halfway between Fukuroi and Kakegawa, and is part of the larger Ogasayama Sports Park. It should prove quite easy to get to from either location, only around 5 kilometers away.

Honestly, we’d be lying if we said that Fukuroi was a bustling city full of things to do, Michelin-star restaurants, and endless nightlife. But that’s precisely its charm. A far cry from the neon madness of Tokyo, staying in this area will give you a glimpse of what daily life in Japan is actually like for anyone living outside of the major centers. Visit temples, roam around scenic parks, and enjoy what may well be the biggest cultural sporting event the city has ever seen.

Toyota, located close to Nagoya, is a city of around 420,000 people best-known for its longstanding links with the automobile manufacturer of the same name.

Games will take place at the City of Toyota Stadium, which features a retractable roof and can host up to 45,000 fans. The stadium is located quite centrally within the city, next to the picturesque Yahagi River.

Toyota is a medium-sized city with some interesting things to see and do. Younger family members and anime fans will love Satsuki and Mei’s House – a detailed replica of the idyllic house featured in My Neighbour Totoro.

Visiting Toyota is also a great time to learn more about the surprisingly fascinating history of the car brand that gave the city its name (it was formerly called Koromo) at the Toyota Automobile Museum.

Now we’re back to the version of Japan that many people have in their mind: neon lights, incredible food, and plenty of unique cultural attractions.

The Hanazono Rugby Stadium is located in Higashiōsaka (East Osaka), which is technically a separate city part of the greater Osaka prefecture. There are regular train and metro connections, taking approximately 40 minutes from Osaka Station.

Osaka is often referred to as ‘the stomach of Japan’, and you’ll understand why when you visit some of the city’s top districts. Life here revolves around food and entertainment, from okonomiyaki and takoyaki to top-class Kobe beef and some of the craziest shows you’ll ever see. If the games are half as interesting as some of these performances, we’re in for one of the best world cups in recent history.

Kobe is not far from Osaka, and is a somewhat quieter version of its noisy neighbor. Known for a spectacular light festival, coveted Kobe beef, and its scenic setting surrounded by mountains and water, it’s one of our favorite cities in Japan.

Games will take place at the Misaki Park Stadium, a relatively small ground with 30,000 seats. It’s the home ground of Vissel Kobe, a Japanese football club currently trying to emulate FC Barcelona. While it might seem a bit far away on the map, it’s only 20 minutes away on the Kaigan Line from Kobe Station.

Looking for things to do in Kobe? Try shopping at Harborland, soaking your cares away at the Arima Onsen, or getting some much-deserved rest in between your travels at the Nunobiki Herb Garden. Also, weirdly enough, try some of the local bakeries. Kobe has some of the best in the country.

A city of 1.5 million, Fukuoka is the largest city on the southern island of Kyushu. Its location (hotter and sunnier than most of Japan) and history make it the perfect base for people who want to explore Japanese culture while spending half of their time on the beach.

Level5 Stadium, formerly called Hakatanomori Football Stadium, has hosted a number of rugby games over the years, including several matches at the 2009 IRB Junior World Championship. It’s extremely close to Fukuoka Airport, making it one of the most convenient locations around.

Fukuoka features plenty of ancient temples to explore and scenic parks to admire, as well as all of the conveniences of a modern Japanese city. The super-modern Fukuoka Tower offers a great bird’s-eye perspective of the city, but in our opinion the views from Fukuoka Castle can’t be beat.

The southernmost location of the 2019 Rugby World Cup, Kumamoto is a city of around 738,000 people. It’s one of the hotter and more humid areas of Japan, and features a beautiful and imposing castle renowned throughout the country.

With 32,000 seats, the Egao Kenko Stadium is mostly used for football and athletics, but will double as a rugby stadium this year. Much like the venue in Fukuoka, it’s extremely close to the airport, making travel quite convenient.

Kumamoto is known around Japan for its incredibly popular mascot character, Kumamon – a perpetually happy, slightly terrifying, bear-type creature. You can’t leave Kumamoto without buying some of his souvenirs. We recommend a Kumamon-themed paper fan and a sweat towel.

Ōita is the capital city of the prefecture of the same name, which features plentiful geothermal hot spring locations. With around 477,000 residents, it’s a medium-sized city on the northeastern tip of Kyushu.

Its primary stadium, the Showa Denko Dome Oita, was used as a venue for the 2002 FIFA World Cup and has a seating capacity of around 40,000. Its iconic domed roof has actually been featured in a British documentary (‘Big, Bigger, Biggest’) due to the innovative techniques used to construct it, so you may find yourself taking your eyes off Sonny Bill Williams for a second to look up and appreciate the structure.

The area is famous for its wild monkey population, especially around Mt. Takasaki, so it’s great for spotting some iconic Japanese wildlife. Feeling even more adventurous? Try the local delicacy, pufferfish, known for its potentially fatal levels of the poison tetrodotoxin if it isn’t cooked properly. Don’t worry though – chefs are required to undergo rigorous training before cooking it for you. Enjoy!

Looking for more travel inspiration? Check out some of our other Japan-based posts and start planning your next trip!