Goulash, thermal baths and ruin bars are reason enough to go play in Budapest for a weekend, (or longer), but if you’re a vintage game fan eager to perfect your flipping skills, you should definitely make a beeline for the Budapest Pinball Museum. With 130 arcade games from the 1930s onwards, it’s pinball paradise! Here’s what to expect inside.

Buy your ticket on the doorstep 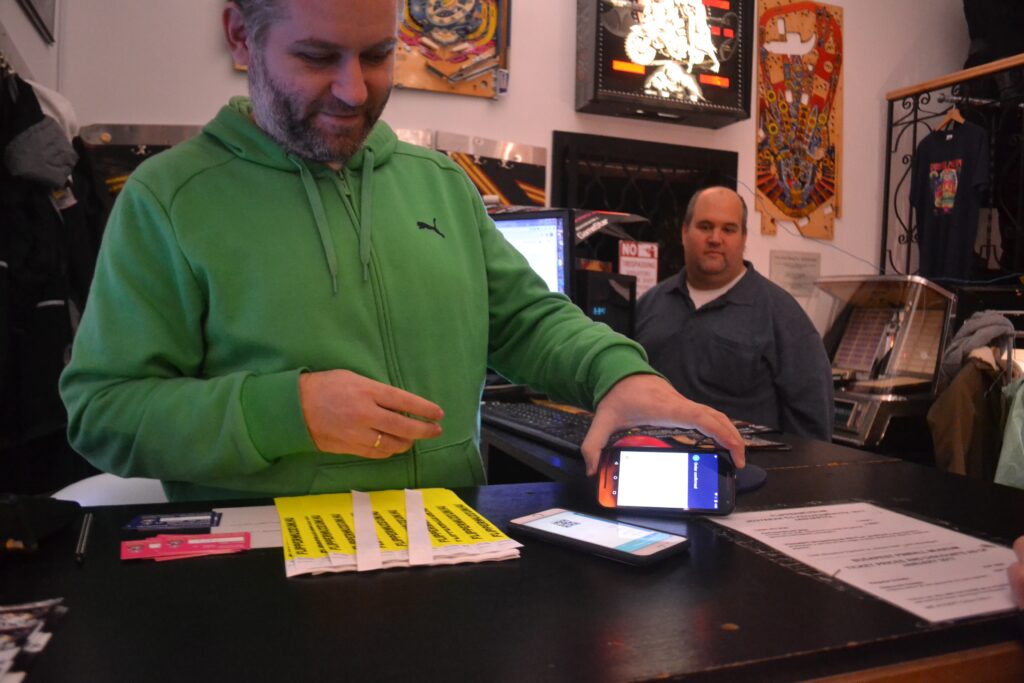 Bad at planning? Join the club, but you can buy your tickets for the Budapest Pinball Museum on the doorstep if you decide to go on impulse. They’ll be delivered in seconds to your smartphone. Here’s our Hungarian friend, museum owner Balazs Palfi, 44, scanning my phone to let me in. Pinball was a favorite pastime for Balazs in the communist era, and his passion now wows people from all over the world. Go early enough and you might have 130 pinball machines to yourself! 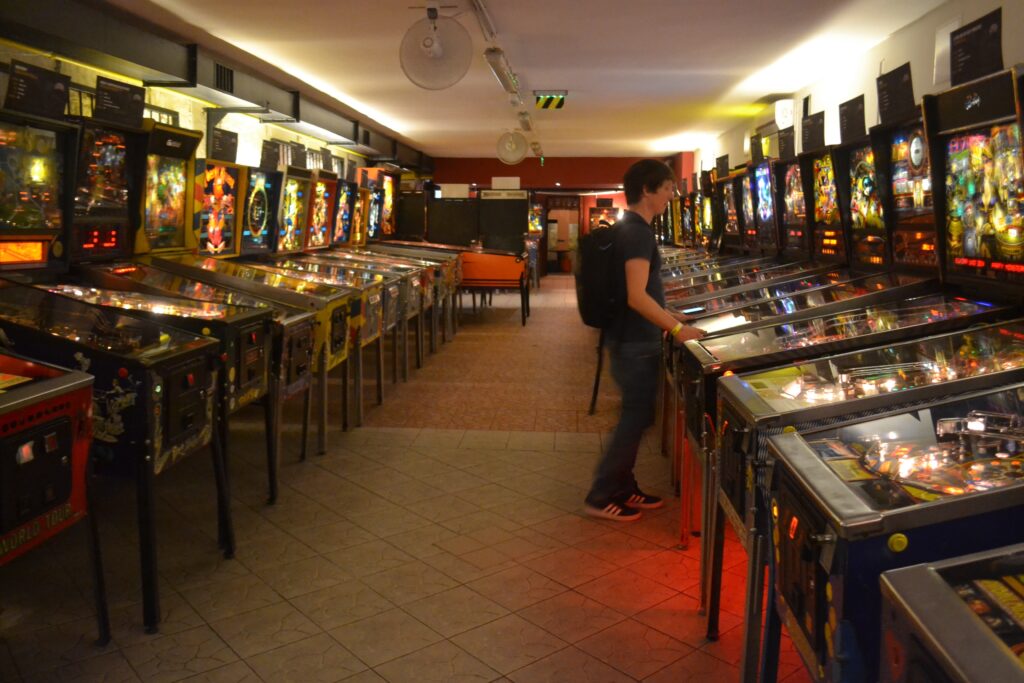 Open from 4pm-midnight, the Budapest Pinball Museum is a prime spot for warming up with friends before a night on the town. And if you’re trying to impress someone, how about challenging your date to some two-player games? My friend and I went in at 4pm on the dot and were pretty much the only two people there, but it didn’t take long for the punters to flock in and get flipping.

We managed to film this little video before it got too busy.

They have the oldest of old-school fun 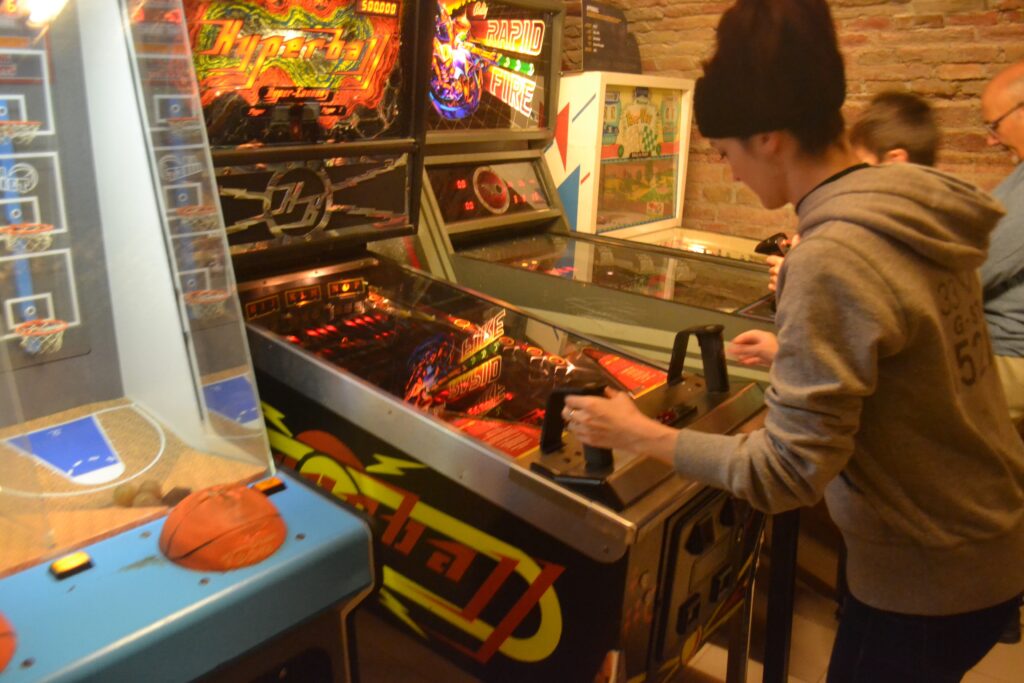 A cavernous space on a leafy street in Pest, the Budapest Pinball Museum is a nostalgic escape to a past in which stationary machines provided hours of entertainment and no one knew a thing about Pokémon Go. Ah, those were the days. It’s not really like a museum at all in here; it’s pretty much just an arcade packed with free games you never thought you’d see again.

No one cares if you’re bad at it 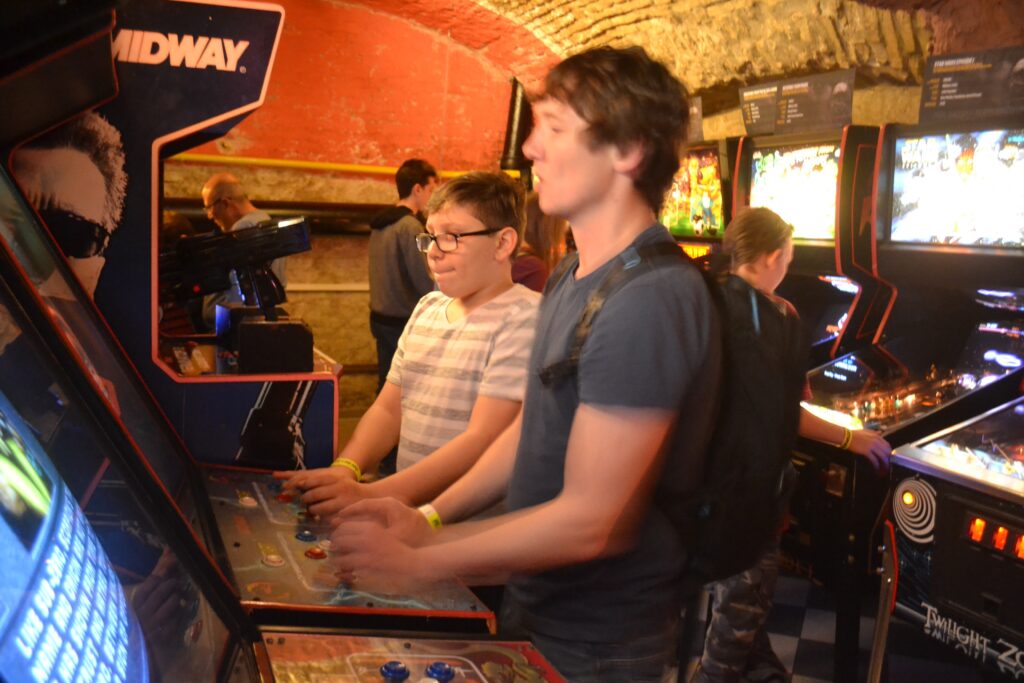 No one will give a damn if you suck at Europe’s biggest ongoing interactive museum, and neither will you! I started countless games and simply walked away when I felt defeated. (OK, so I’m a bad loser). It’s not like you’re wasting any coins in the slots though!

It’s one of the most popular places to visit 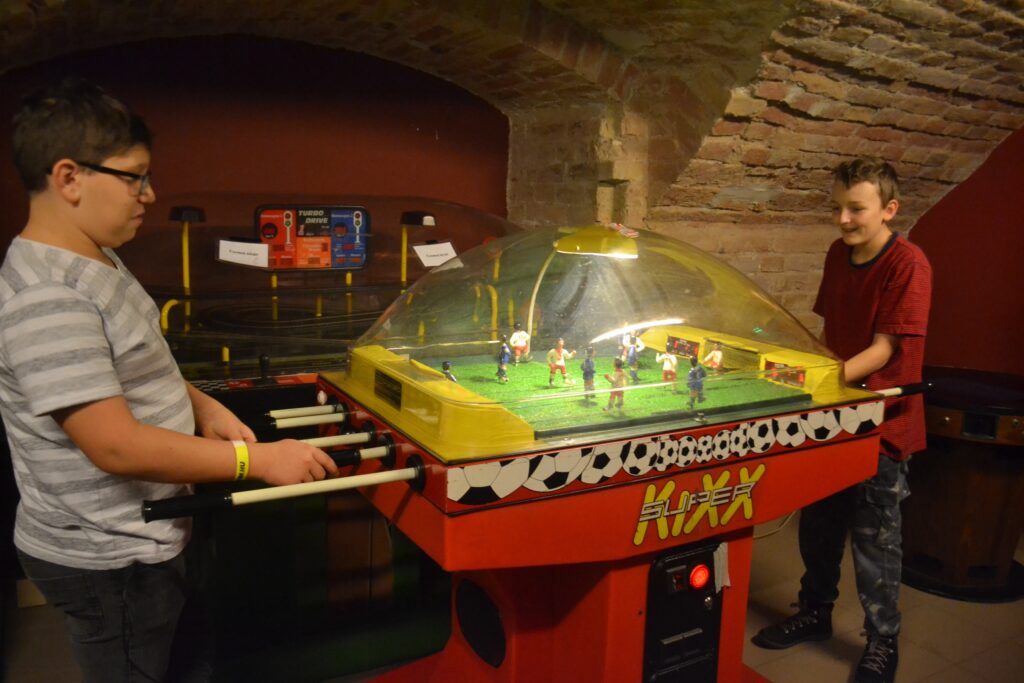 Allegedly the Budapest Pinball Museum is more popular than Heroes Square, Buda Castle, or the Liberty Bridge! But as well as tourists hogging the slots, we found an abundance of local Hungarian kids fighting it out the old-school way with Mortal Kombat and old two-player football games. It would have been rude not to join in… which was a rather unanimous thought by the looks of it. Everyone was playing with everyone! The Budapest Pinball Museum is a great place to make new friends.

It’s a testament to pop culture 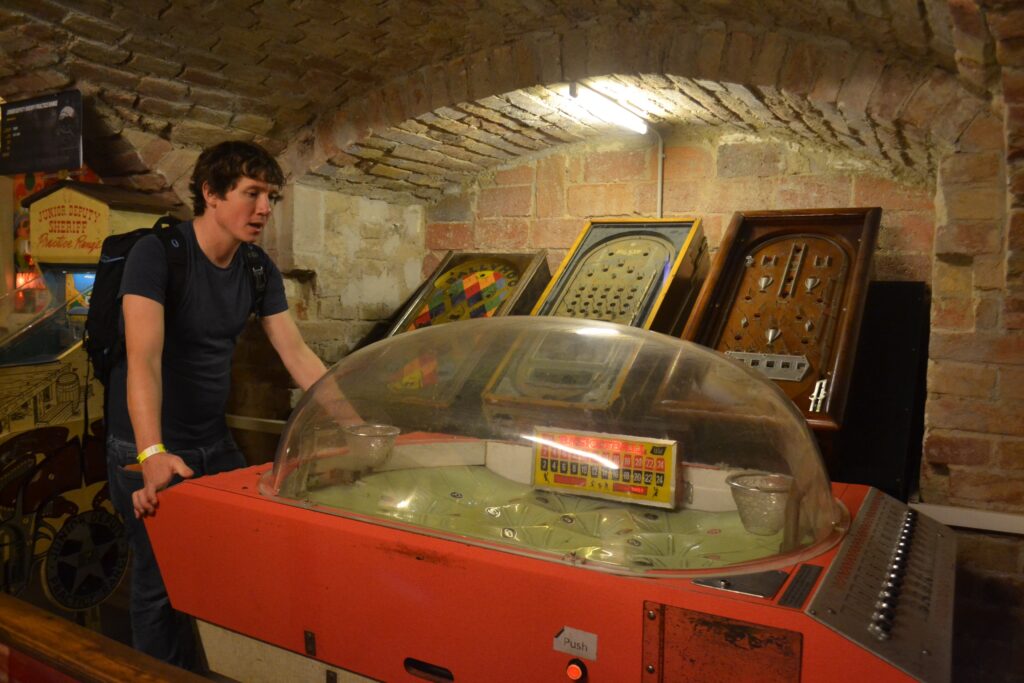 From games like Jalopy, Buckaroo, Hayburners, Roto Pool and Hi-Diver, all packed with cowboys, horses, billiards and beyond, to shoot-em-ups and arcade faves like Pac-Man, there is literally something for everyone in here. But if you want to go ‘newer’ you’ll find South Park, Indiana Jones and The Simpsons pinball machines, proving the journey of pop culture has long been cemented behind those flippers and flickering neon. Some are so old you don’t even really know how to play them! 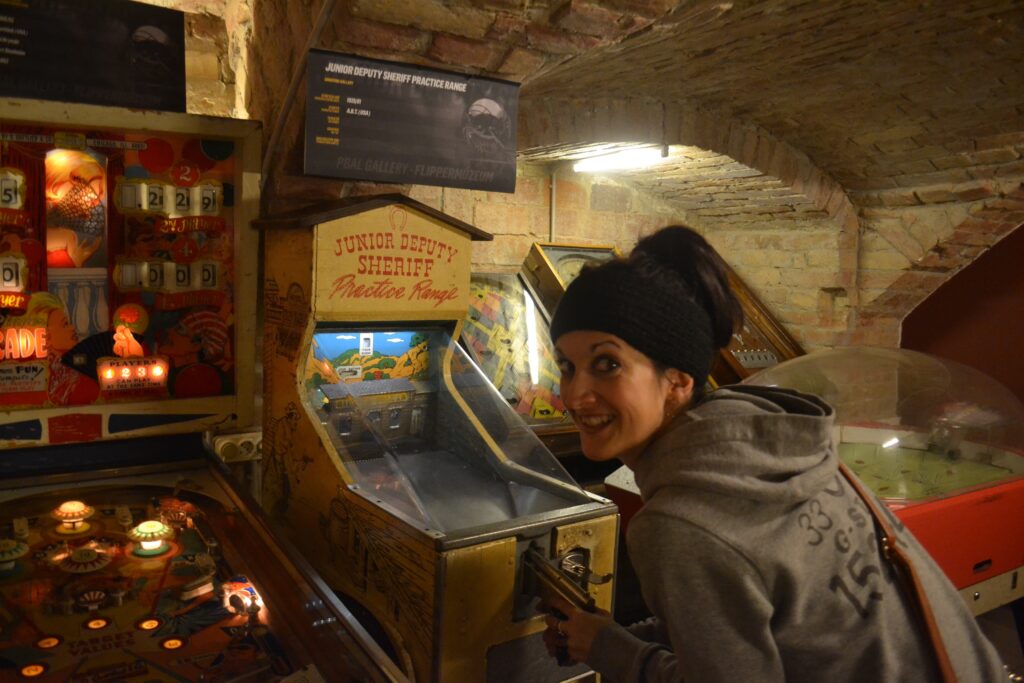 Some of these machines are on display but not to be played with. Sorry! You’ll find them from Luxembourg, Germany, the US, France, Portugal and beyond… and you mustn’t miss the Hercules game – you can’t play that but it’s the biggest machine in the world, from America (of course).

Time flies when you’re having fun. If you find yourself in the Budapest Pinball Museum at night, remember they don’t sell alcohol at the bar, so have a few before you go in, or just head out for the boozing once your fingers are numb from all that flipping. This place is more than a museum – it’s an institution.

Do you know of any other fun things to do in Budapest? Let us know on Twitter!

Meanwhile… start planning your next trip with Tiqets.com, or check out the  latest tips for more can’t-miss attractions.