How to get pampered on your Budapest getaway 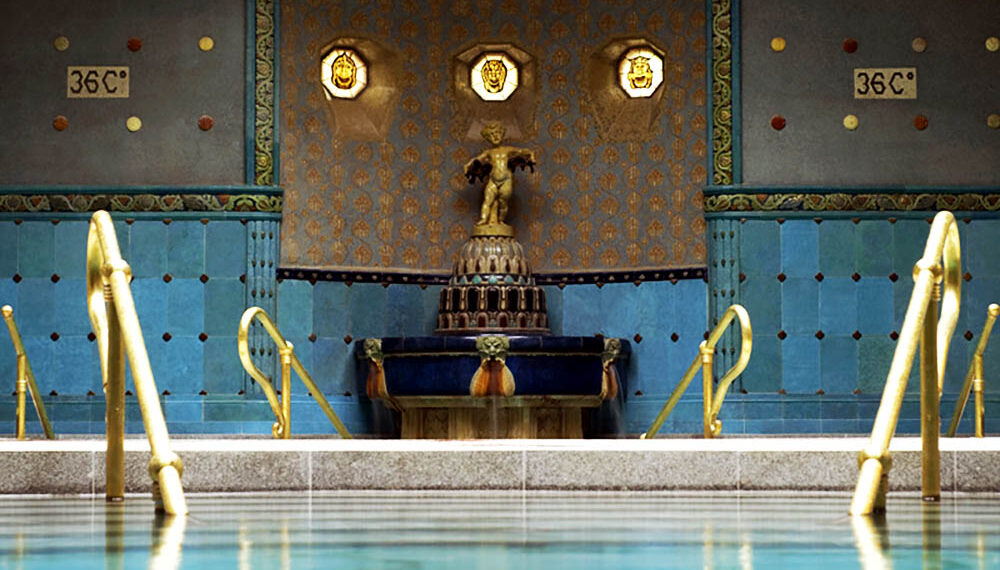 From soothing thermal waters to extravagant Art Nouveau architecture, Budapest knows how to really spoil its visitors. And the locals, who are all about welcoming guests with a warm embrace and richly filled dinner table, know how to put up a good show too. If you want to get pampered on your Budapest getaway, here are three ways to go about it in true Hungarian tradition:

When the Romans settled here in the 2nd century, they called it ‘Aquincum’, or ‘abundant in water’. Budapest sits on top of more than 100 thermal springs and, with the Romans first building public baths to enjoy the healing thermal waters, Budapest’s history can be traced while bathing in the healing waters of the ‘City of Springs’.

After the Roman empire it was the Ottoman rulers who, from the 16th century onwards, welcomed the soothing thermal waters into their daily life. Even today a few Turkish baths are still intact – and in use!

With its domed high ceilings and arching columns, the Király Baths are as Ottoman as it gets. Are you in for a dip in the healing waters of Budapest’s springs? Head over to the Király Baths.

The Ancient Romans and the Ottomans weren’t the only ones that knew how to enjoy a thermal bath. The Gellért Spa is an elaborate Art Nouveau project (with a hint of Roman empire!) from the beginning of the 20th century. Equipped with all the wellness services you can possibly think of, this is certainly the most sumptuous thermal bath in Budapest.

And because this spa will cater to your every need, we recommend you do this the right way: skip the line, get a private changing cabin, and enjoy an aromatherapy massage.

For Hungarians, be them farmers or urbanites, dance and music have always played an important role in the way their cultural identity and history are passed on to younger generations.

Hungarian folklore in the Danube Palace

While little is known about the medieval tribes of Hungary, they did leave behind a rich tradition of folklore dance in which tales of old are passionately told. Combine those ancient traditions with the national dances developed in the 18th and 19th centuries and you have Hungarian history laid out in elegant swirls and sways.

While folk dance is your window to the ancient villages of Hungary, the classical music from the likes of Liszt and Kodály brings you straight into the ballrooms of the elite of the Budapest of the 19th and 20th centuries. Combined with traditional folk and gypsy music, you’ll have both sides of Hungarian culture.

With ballet dancers and soloists from the Budapest Operetta Theatre, this gala concert at the Vigadó Concert Hall is the crème de la crème of Hungarian performing arts. Also, the Pesti Vigadó is the perfect hall for an extremely elegant night of music and dance.

3. Float along the banks of the Danube

When the night falls, the mighty Danube becomes even more impressive – and the city lights that dance on its surface seem to beg you to join in. It’d be rude not to.

Watch the city of Budapest glimmer while you enjoy the rhythms of traditional Hungarian music. Not only will this 2-hour wine-tasting cruise lead you along the most iconic sights Budapest has to offer, it will also give you access to seven of Hungary’s finest wines.

And if your getaway demands an extra dash of extravagance, go on a dinner cruise to indulge in the hearty tastes of Hungarian cuisine.

The dinner cruise on the Danube with live music lets you savor the outrageously underrated Hungarian cuisine. A richly filled buffet table prepared by a top Hungarian chef will satisfy your hunger, as traditional music satisfies your ears.