The Game of Thrones attractions you don’t know about 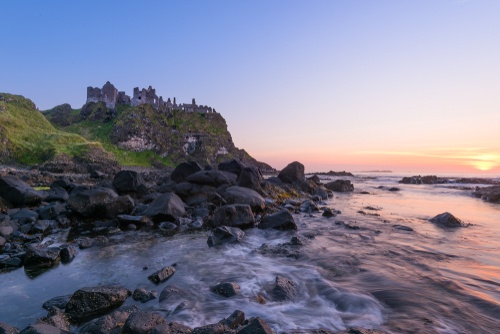 With just a few more days to go before the final Game of Thrones season premieres, it’s time to breathe some (dragon) fire back into GOT mania and get excited about the worldwide pop culture phenomenon.

Besides binge-watching the previous seasons again, and pacing impatiently like a caged Lannister, a great way to prepare for the show’s swansong is to sample a bit of real-life magic
Game of Thrones attractions and filming locations have become so popular, some countries are even reporting upswings in their national economies – talk about repaying your debts!

Croatia has seen an unprecedented tourism boom due to the fictional city of King’s Landing being filmed in Dubrovnik. But as eagle-eyed viewers of the show all know, much of the show is filmed in decidedly less sunkissed locales than Dubrovnik.

To the slightly more adventurous amongst us, we recommend checking out a few more nations with their own unique Game of Thrones attractions. One is even hosting the show’s official touring exhibition!

Even though GOT is filmed in a number of countries, Northern Ireland and specifically Belfast hosts the show’s main studios so it’s probably the most important place to start your tour. It’s Snow joke, this country hosts the real-life sets for some of the show’s fantasy locales like Winterfell, Castle Black, the Dark Hedges and the Dothraki grasslands. These beautiful real-life places like the Giant’s Causeway, Tollymore Forest and Castle Ward are all accessible with a car, or more conveniently with a tour group.

There are also options to go on a 48-hour Hop-on Hop-off bus tour for your own convenience or on a shorter day tour, which excludes the more distant Giant’s Causeway. Real-life history inspired the immensely successful series, so a whole medieval-themed trip may be something worth looking into as well.

Another good reason GOT fanatics should visit Northern Ireland this year is the opening of the GOT Exhibition in Belfast in April 2019. Inside, you’ll find numerous props, costumes, weapons, and armour from the show, spread across faithfully recreated sets from the most scenes of the series.

You can’t miss out on an opportunity to sit in the Iron Throne. But will your friends bend the knee and accept your claim to the throne? A gentle nod towards Ser Ilyn Payne’s sword should persuade them to keep their heads…

For the more adventurous amongst us, consider making that bucket list tour of Iceland finally happen because the faraway land up North has its fair share of Game of Thrones attractions and things to see. A trip to Iceland will put you front and center with the snowy backdrops, which inspired the Night’s Watch, the White Walkers and all of the other perils lying beyond the Wall. That said, Iceland is not all about frosty weather and white scenery. The country’s famed Golden Circle is Iceland’s geothermal region and has an abundance of hot springs, exploding geysers and boiling mud pits.

If you’re feeling brave, rent a car and explore this otherworldly country and its wondrous sites. Otherwise, we recommend booking one of the guided tours, which will conveniently take you the Golden Circle and other regions open to the public. Some tours even venture out to see a unique geothermal greenhouse in action in the geyser region. Iceland’s Southern coastline is adorned with volcanoes, black sandy beaches and waterfalls that are worth checking out once you’re on the island. So… Do. Not. Miss.

In comparison to the emerald green and snowy white landscapes of Northern Ireland and Iceland, the show’s Spain shooting locations prove there’s a Stark difference in the GOT world’s landscape. Regions like the kingdom of Dorne, Braavos and the slave city of Mereen all served as backdrops for the warmer areas of Westeros in which the series takes place. You too can imagine yourselves in some of GOT’s more iconic moments, such as the unforgettable Dragonpit scene filmed in the ancient Roman arena at Itálica. While you’re in the area, don’t miss the chance to see the Alcázar of Seville, one of the oldest palaces in the world. This location hosted the Sunspear and the Water Gardens of Dorne and was designed under the influence of Christian and Moorish cultures.

We hope we got you excited about the numerous Game of Thrones attractions that are available to visit. Do you think we’ve missed one? Let us know with the hashtag #tiqets on Facebook or Instagram!