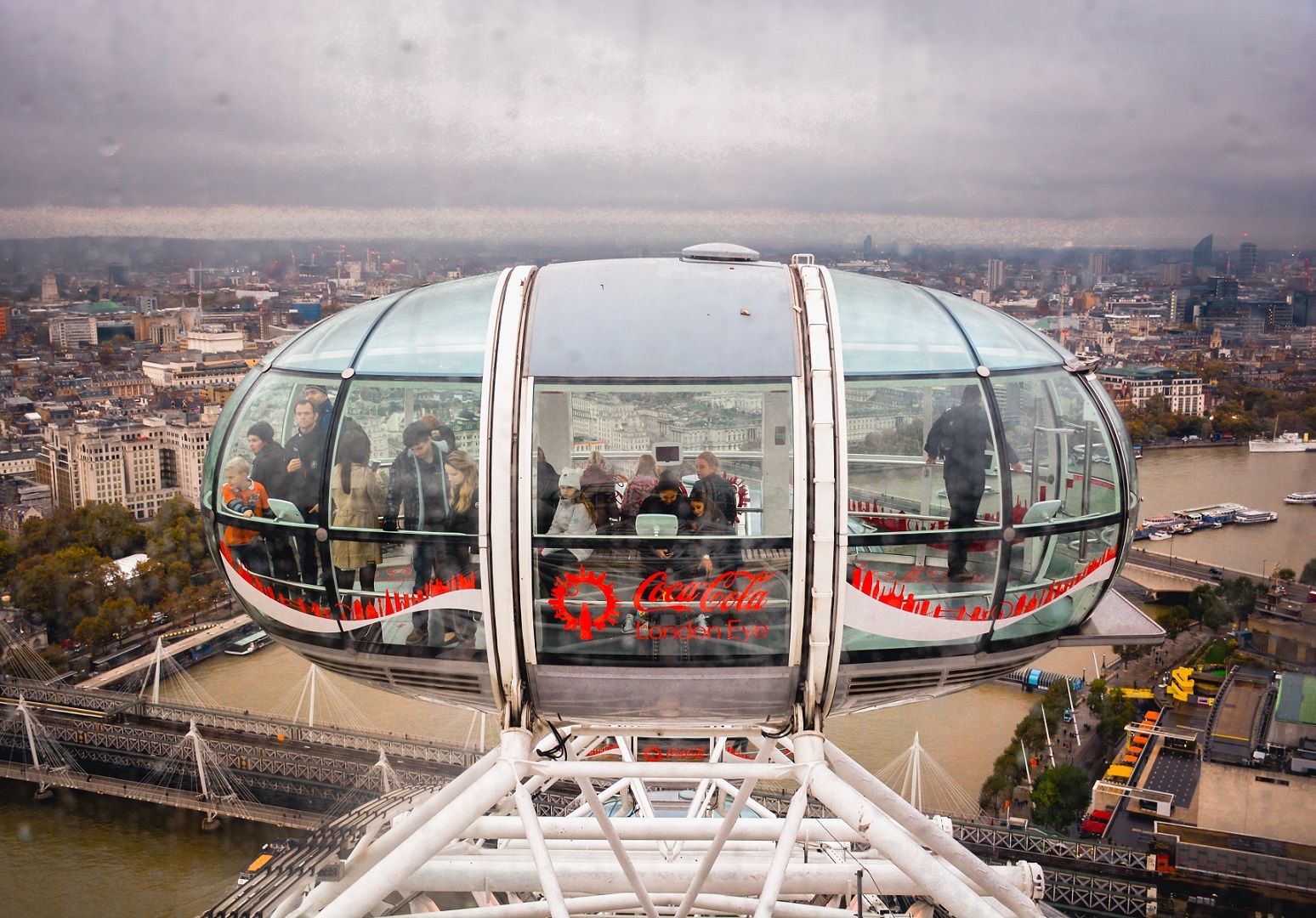 The London Eye is a local landmark, and has become an iconic part of the city’s skyline since opening to the public in 2000. Here are some facts you may not have known about this rotating treasure.

If you (correctly) count the capsules on the London Eye, you’ll see that there are 32 in total, symbolizing London’s 32 different boroughs. So why is it possible to board a capsule labelled #33? The number 13 was skipped due to the fear of superstitious guests refusing to enter and risking bad luck.

Supermodel Kate Moss has allegedly taken over 25 trips here, which we assume is a record of some kind – although Jessica Alba is reportedly at 31 rotations and counting. Lily Allen, Angelina Jolie, and David Blaine have also been spotted in or around the VIP capsules. Because even magicians need a little bit of magic in their lives.

The world is full of imitations. You can visit replicas inspired by the London Eye in cities including (but not limited to) Las Vegas, Seattle and Atlanta. Dubai wants a piece of the pie and will inaugurate the record-breaking Ain Dubai in 2020 (ain is Arabic for eye, btw). We do have to mention that the London Eye had a predecessor though – the ‘Great Wheel’ of London, which opened in 1895 and was demolished in 1907.

The Eye stands at approximately 135 metres tall, or 443 feet. For comparison, the average human eye measures in at a feeble 24 mm. The average wombat, meanwhile, is around 1 metre in length, which means the London Eye is as tall as 135 wombats standing on top of each other’s shoulders. Use this information wisely.

It’s not actually a Ferris wheel

Technically it’s considered a ‘cantilevered observation wheel’, not a Ferris wheel. The London Eye is supported by an A-frame on one side, and its carriages offer an unobstructed 360° view of the surrounding area. It’s also substantially larger than a typical Ferris wheel, as mentioned above. Keen observers will also note that it’s not actually an eye, due to its inability to process visual information. The London Cantilevered Observation Wheel doesn’t really have the same ring to it, though.

With all of this in mind, taking a ride in one of the capsules really is a pretty spectacular experience. It might only just be of legal drinking age, but the London Eye has firmly established itself as an international icon, emblematic of the city. It’s hard to imagine London without its famous Eye, just like it’s hard to stop imagining 135 wombats reaching for the sky in a gigantic marsupial pyramid.