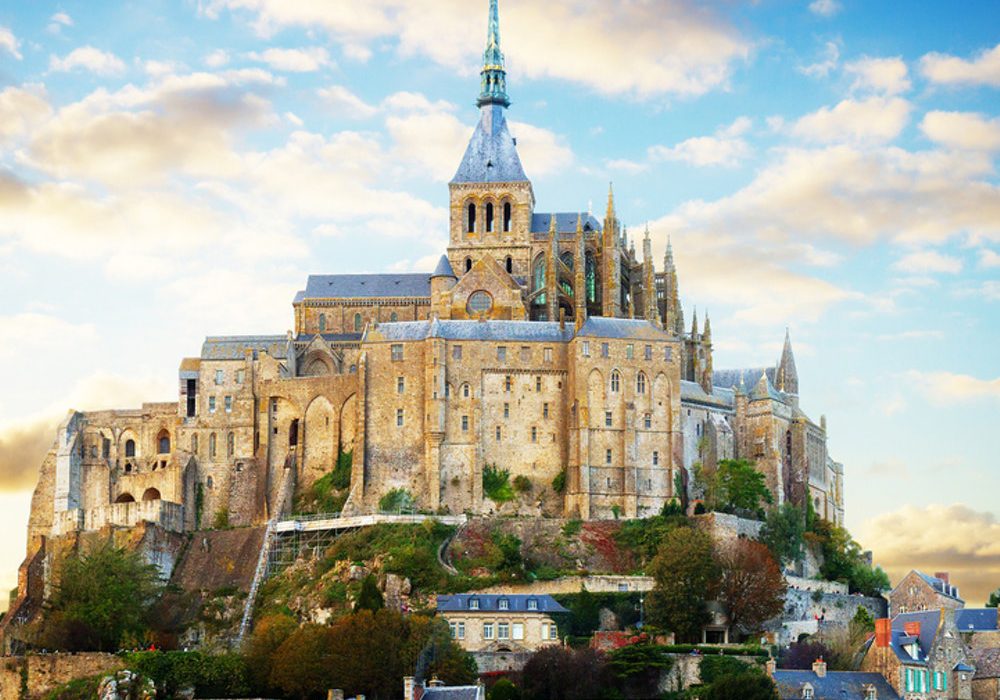 Paris. The sumptuous city of love, lights, and centuries of remarkable culture has a story on every street corner. Of course, you may have walked right past a little nugget of hidden history or two while staring starry-eyed at the glowing Eiffel Tower. So here’s a selection of little-known facts about some of the city’s most famous locations (and beyond) that you can memorize in order to impress other people!

1. Scandal at the opera! Tutus were invented by a rogue ballerina at the Opéra Garnier

When you think of ballet, there are certain images that come to mind – the iconic white tutu being one of them. La Sylphide, created specifically for the Opéra Garnier in Paris by Philippe Taglioni, was the first ballet to be danced in white tutus all the way back in 1832. Star ballerina Marie Taglioni – Philippe’s daughter – scandalized crowds by shortening her skirt in order to display her peerless pointe work, unwittingly (or perhaps deliberately) setting a trend that would continue for centuries.

While many artists go unrecognised during their lifetime, Taglioni was well-rewarded for her abilities. During her reign as one of the virtuoso ballerinas at the time, she was presented with jewels and gifts from various European monarchs, had sweets and hairstyles named after her in Russia, and following her final performance, a pair of her ballet shoes were sold for two hundred rubles in order to be put into a sauce and eaten by a group of devoted fans.

The Palace of Versailles is one of the most impressive buildings in the world, with one of its main attractions being the renowned Hall of Mirrors. Why did Louis XIV have hundreds of mirrors installed? It wasn’t (entirely) out of vanity. Historically, the palace halls were dimly lit in order to prevent the elaborate walls and ceilings from smoke damage – the idea here being that mirrors would reflect the light, creating an illuminating effect. Kind of interesting, right? That’s not all.

At the time, the merchant republic of Venice had a monopoly on the creation of mirrors, which weren’t quite the ubiquitous household object they are today. The secrets of artisan mirror-making were jealously guarded, and the French government actually had to send an undercover envoy to entice Venetian craftsmen to share their skills. This was not looked upon favorably by the Venetian council, who reportedly responded with threats of blackmail, death, and the occasional assassination by poison. Reflect on that next time you’re brushing your teeth in front of the bathroom mirror.

3. Abbaye du Mont Saint-Michel: Restored to its former glory by a benevolent Viking

An invading Viking army captured in 847 as part of an ongoing series of raids, leading to the involuntary departure of its monks. This ended several consecutive centuries of religious history on the an unlikely benefactor began restoring the damaged religious buildings and urged the local clergy to return to their previous post.

Rollo was the leader of the Viking siege of Paris around 885-886, whose military actions led to the signing of an official treaty with the French king in the year 911, granting Rollo control over Normandy in exchange for his loyalty to the monarch. Once the need for raiding subsided, Rollo proved to be a surprisingly generous benefactor to the local Christian community, using his own wealth to pay for the restorations that eventually restored the Mont to its original condition.

The Sainte-Chapelle was created to be an architectural masterpiece and religious symbol, with its delicate foundations providing the perfect backdrop for stained glass windows – an opulent blast of that would have stunned 13th-century visitors in Paris even more than today’s awestruck guests. Commissioned by King Louis IX, it cost the monarch 40,000 at the time. It’s difficult to provide an accurate approximation of how much money this was, but rest assured that it was quite a lot, even for a medieval king.

But Louis wasn’t finished. There’s a reason he was later elevated to sainthood by the church, and it likely had something to do with his purchasing of 22 religious relics to be showcased in the new building. These didn’t come cheap – a fragment of the cross, a nail, and the crown of thorns were among the holy items purchased by the king, at a total cost of 135,000 livres tournois. Records show that the cost of the relics roughly equalled 50% of the French royal domain’s entire annual income.

Château de Fontainebleau is renowned for its stately elegance, and has been remodeled and renovated according to its inhabitants’ tastes for centuries. Arguably its most famous inhabitant was Napoleon Bonaparte, who described Fontainebleau as “the most comfortable and happily situated palace in Europe.”

As Napoleon prepared to ascend to the throne of Emperor, he picked Fontainebleau as the perfect location for his historic meeting with Pope Pius VII, who would be attending his coronation. Sparing no expense, Napoleon refurbished the apartments, and had an entire suite of rooms decorated in the style favoured at the time to impress the head of the papacy. This would turn out to be an appropriate move, as Napoleon later imprisoned Pope Pius VII in this exact location between 1812 and 1814, turning the palace into the world’s most elegant prison.

All five of these locations have been nominated for our 2019 Remarkable Venue Awards (RVA) in Paris- not just for their interesting history, but also for their ongoing commitment to providing visitors with a great experience.

Keep up-to-date with our Paris RVA awards on the Tiqets Press page and blog!