by Mick Murray
in Christmas, Things to Do
Reading Time: 8 mins read 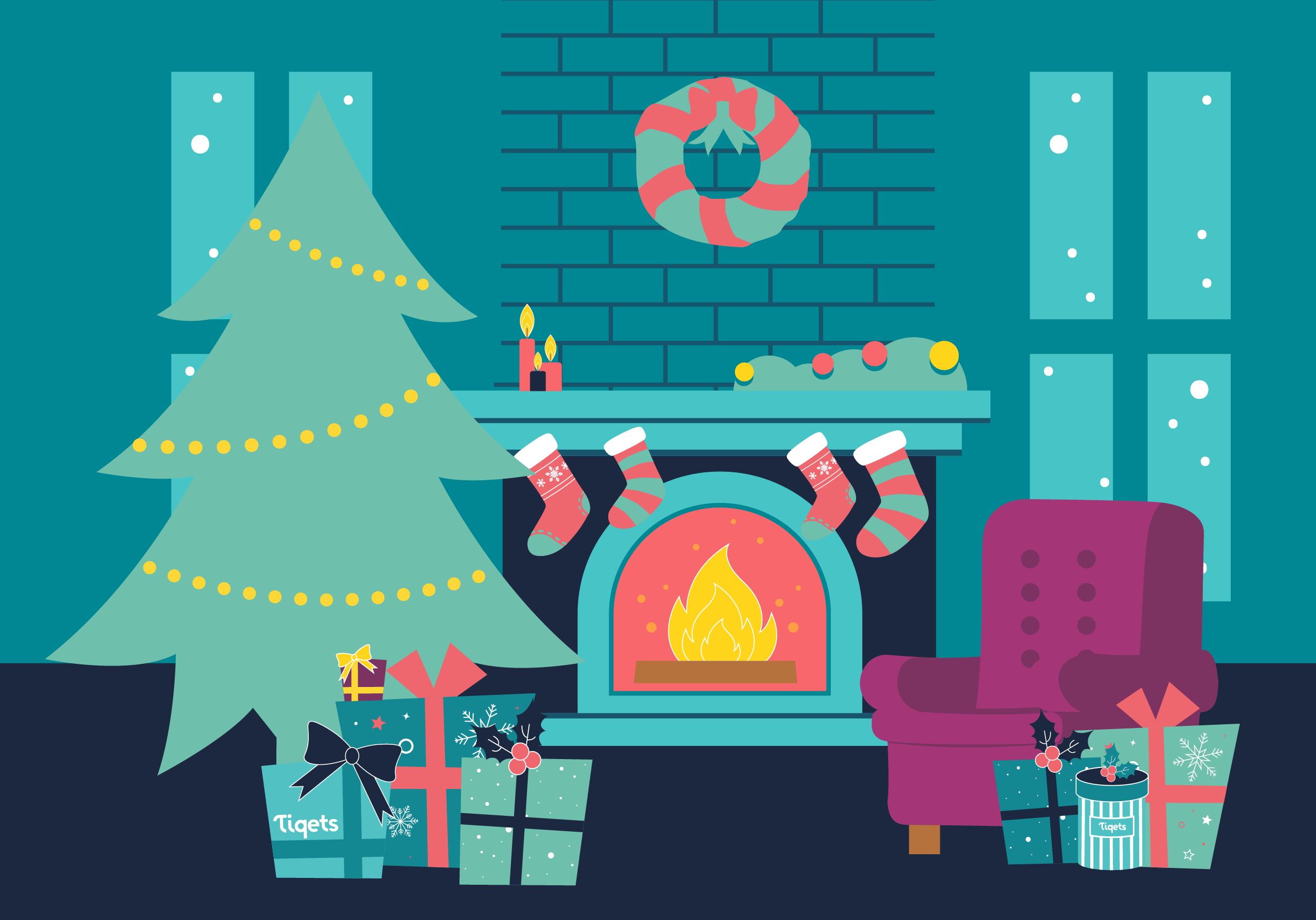 The holidays are a perfect time to explore somewhere new. Not only do you get to enjoy your time off, you’ll also experience a unique cultural moment in a new country. But how is the festive season celebrated in your next travel destination? To answer this question, we asked people from all over the world what Christmas meant to them. From a day of religious observation to a KFC date night, here are some of the most unique Christmas traditions in Latin America, Spain, Austria, and beyond.

Barcelona is famous for its spectacular Gaudí-designed architecture, defined by landmarks like the Sagrada Familia and Casa Batlló. What many visitors don’t know is that the city also has one of the best Christmas activities around.

The Catalan tradition of Tió de Nadal (or ‘Christmas Log’) involves a hollow log being placed in the family home, which is essentially treated as a pet. It’s ‘fed’ every night, and covered with a blanket so that it doesn’t get too cold. Children are told to take good care of their new wooden friend.

Why do they do this? To make sure that the log poops out good presents for them. Around Christmas, the kids grab sticks, place the log near the fire, and beat it into submission while singing a song urging it to empty its bowels and release their gifts. A soundtrack to rival Mariah Carey.

Christmas in Austria: The Krampus Parade

What’s the worst that can happen to you if you’re bad? In some places, Santa Claus will leave you a lump of coal instead of a new Xbox. If you misbehave in Austria though, you might end up being kidnapped by a half-man, half-goat demon intent on punishing you for your sins.

You’d think people would hate and fear this beast, known as the Krampus. Instead, they celebrate it. Thousands of people light their torches and take part in what resembles a dreadful, grotesque goblin procession. It’s absolutely terrifying, and objectively the best holiday tradition.

Continuing the tradition of total horror, France refuses to be outdone by their eastern counterparts. Pere Fouettard (‘Father Whipper’) is a character who accompanies St. Nicholas on his benevolent trips to the home of the Louvre, Eiffel Tower, and Versailles. Unlike most Christmas sidekicks, he has an especially gruesome backstory.

The first myth told about Pere Fouettard dates back almost a thousand years, and features some gory details involving cannibalism and murder. Don’t worry though, St. Nicholas has put him on the right path. Some people allege that he still flogs children when they misbehave, but other interpretations of the character around the turn of the 20th century began to see him help St. Nicholas give oranges as gifts instead. How nice.

Now for something a little more light-hearted (don’t let your arteries hear this). Christmas in Japan is known as more of a romantic date evening, and lacks the religious connotation it has for many places around the globe.

After a wildly successful marketing campaign by KFC, the brand is inextricably linked to the holiday to the point where some families pre-order their festive bucket of chicken weeks or even months in advance. Don’t miss our post on holiday traditions in Japan if you’re interested in finding out more!

Christmas in Mexico: Piñata of Sin

Latin American Christmas traditions are some of the most festive around, focusing on the joyful and colourful aspects of life as opposed to the more demon-centric Austrian view. One unique aspect Mexico brings to their celebrations is the addition of the piñata.

These papier-mâché or clay vessels are traditionally shaped like a seven-pointed star, to represent the seven deadly sins, and filled with candy. Children are blindfolded, and then proceed to beat the sin out of the piñata.

If all that festive violence has left you hungry for more, why not delve into the country’s unique lucha libre tradition? Alternatively, if it’s actually just left you hungry, there are plenty of opportunities to sample some traditional Mexican food.

The Gävle Goat is a uniquely Swedish Christmas tradition. Crafted by hand over a period of two days, this gigantic straw goat is a symbol of the festive season in the city of Gävle. It’s a nice goat. Would be a shame if someone were to set it on fire.

As you might have guessed, every year since its inception in 1966, someone has tried to do exactly this. Most of the time they’ve succeeded in destroying it, despite official attempts to prevent vandalism. The goat has gotten such a reputation that one American tourist even burned it down in 2001, claiming they believed they were just following local traditions.

Ironically, the first ever goat was designed by the chief of the Gävle fire department at the time.

Iceland’s cultural traditions are as unique as the nation’s landscape. If children misbehave, they’re told they might be eaten by Gryla; a vicious giantess who will cook them into a stew. If someone doesn’t have new clothes to wear for Christmas, they may instead be pounced on and eaten by the ferocious Yule Cat, who apparently acts as the nation’s folkloric fashion police.

The true terror, however, is the Yule Lads.

The thirteen sons of Gryla and her giant husband Leppaludi are known as mischievous pranksters who love nothing more than to harass the population in the thirteen days leading up to Christmas. Each lad has their own unique way of tormenting their victims, and a fabulously descriptive name: Candle-Stealer, Bowl-Licker, Sausage-Swiper, and the infamous Skyr-Gobbler just to name a few.

For more unique Icelandic culture and history, check out the Icelandic Tales museum in Reykjavik, and experience the nation’s character as seen and told by locals.

There are a lot of strange traditions around the world today. But while they might seem odd to people who didn’t grow up with them, every culture has its own slightly bizarre aspects. No one is exempt.

In the United States, kids wait for a large and jolly man to magically squeeze himself down a chimney so that he can sneak into their home in the middle of the night. Instead of installing an alarm system, they leave milk and cookies to appease him.

He leaves gifts in gratitude, before returning to the North Pole on his reindeer-propelled flying sled. If you think about it really hard, there are some holes in this story.

Looking for more ideas to get in the Christmas spirit? Check out some of the best Christmas markets in Europe to find some travel inspiration! 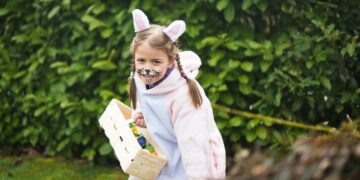 10 Family-Friendly Easter Weekend Activities in Canada, the US and Mexico 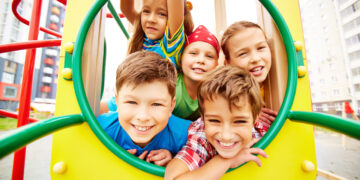 The Top 25 Things To Do With Kids in Melbourne 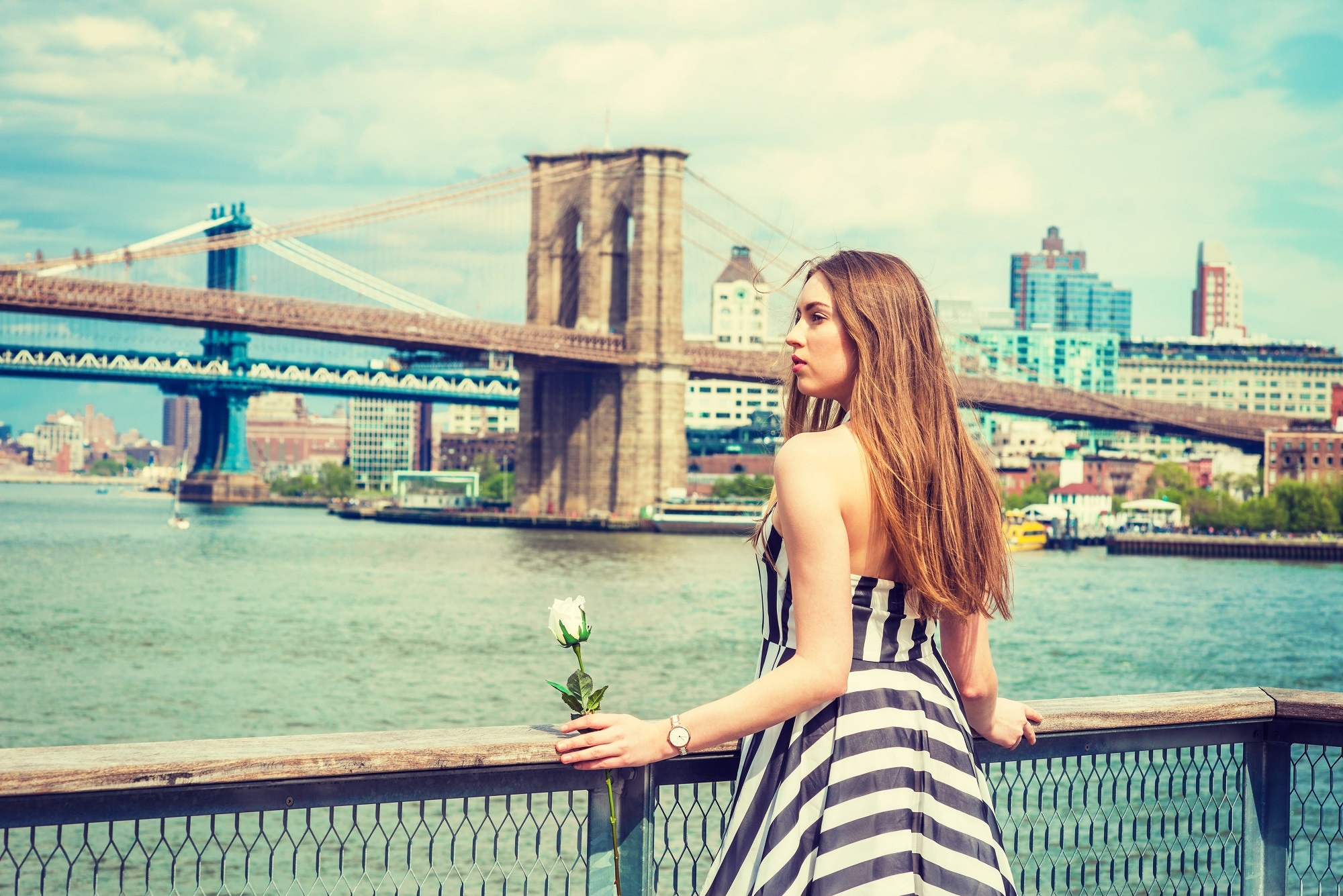