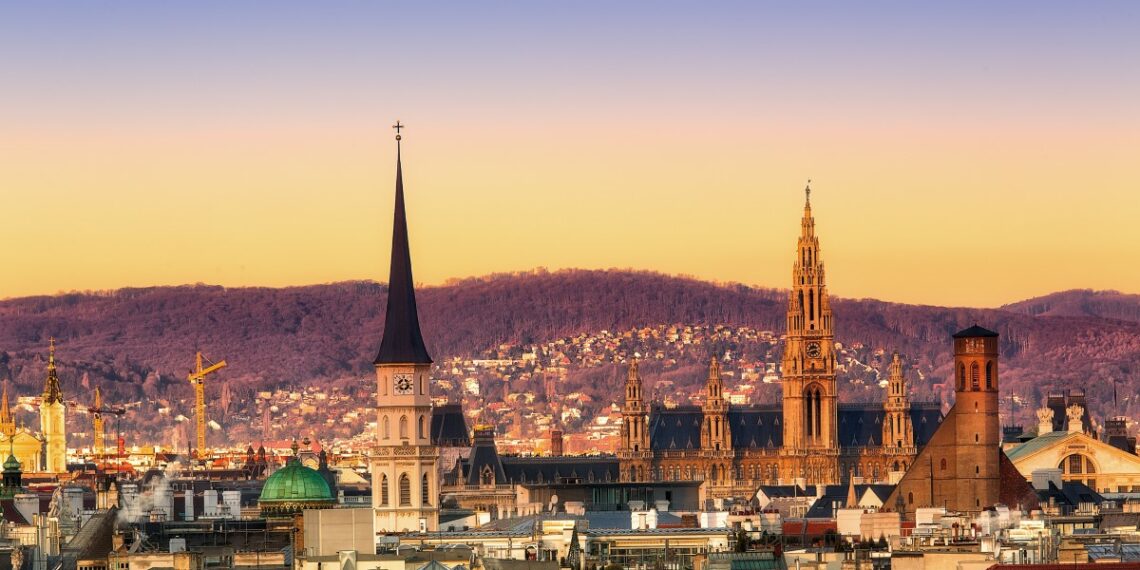 You’ve been looking forward to traveling to Austria all year long. Not only is it prime skiing time right now, but escaping to the beautiful city of Vienna and experiencing the Austrian lifestyle, is always a good idea. Many of us have had to cancel those travel plans we’ve been dreaming of – but that doesn’t mean we can’t make the best of the situation.

So put on your most excellent pair of lederhosen and do some yodeling warm-up exercises to get ready. If you can’t go to Austria, let’s bring the Austrian lifestyle to you!

Skiing – and therefore après-skiing – is immensely popular in Austria. Austria has won more Olympic medals in alpine skiing than any other country in the world! And after a long day on the slopes, it is custom to go down to the local bar and have a few beers or other beverages. This is known as après-skiing.

Most Austrians are insanely good at both of these activities. Sophie (a fellow Tiqeteer and an Austrian native) described the term as the following:

It might be a challenge to build a ski slope on your balcony. Still, after implementing a few simple measures, it is possible to incorporate après-ski vibes in your home. Put on your comfiest pair of ski boots and skiing-gear. Start a digital fireplace on your television and whack on the latest après-ski worthy tunes. Pour yourself a cold pint of beer (or maybe even some Jägermeister…) and jetzt geht’s los! You’ll instantly be transported to the middle of a pumping crowd at MooserWirt. Try not to gawk at the amazing waiters carrying around massive trays of beer!

Another popular option in the field of après-ski drinks is glühwein. This hot beverage is fun to make at home, and while it’s generally drunk in winter, it is also delightful in fall or early spring. If this won’t immediately put you in the après-ski mood, I don’t know what will!

But, the Austrian lifestyle consists of much more than shredding the slopes and chugging pints at a bar afterward. You can also immerse yourself in the more quaint and elegant side of Austria’s culture. Sophie raved about the fantastic music, theatre, food, and wines, especially in Vienna. So, let’s dive in further!

First, let’s get to one of the most important aspects of any country: its food and drinks.

Austria has many local dishes that are tasty and fun to make at home.

If you want to immerse yourself in the slightly fancier side of the Austrian lifestyle, the food is a great place to start. The most delectable examples of Austrian foods (aside from the famous Wiener Schnitzel) include pastries and sweet dishes. Some are easier to make than others, but anyone who fancies experimenting in the kitchen will have a blast giving these recipes a go.

Let’s start off with a popular dish called Kaiserschmarrn. It’s basically shredded bits of pancake with fruit compote, powdered sugar, and if you’re lucky, whipped cream. This sweet dessert will surely make your mouth water! Why not try your hand at making some apple strudel (don’t forget the vanilla sauce!), or give Topfengolatsche and Krapfen a spin?

Topfengolatsche is most easily explained as a quark pastry. It sells in most bakeries across Austria. Krapfen (more popularly known as Berliners) are jam-filled doughnuts that are also very popular across Germany!

Also fun to make (and even more fun to eat) are Mozartkugeln. Yes, you’ve guessed correctly, they were indeed named after you-know-who. These small, chocolate-covered marzipan balls were created in 1890 by Paul Fürst. The company is still run by his descendants until this day.

The next item is not easily made but very quickly devoured. It’s also a very popular souvenir or gift – and not just to yourself. It’s the must-eat Mannerschnitten waffles. These tiny treats were invented for the first time in 1898 by Josef Manner, to celebrate the golden jubilee of Emperor Franz Josef. The recipe has remained mostly unchanged over time. The company remains very faithful to its Viennese roots, with its headquarters and a factory located in Austria’s capital city.  These waffles are tricky to make at home, but don’t worry, they are usually sold in most supermarkets around Europe, if not the world!

Fun fact: Austria native Arnold Schwarzenegger is rumored to be a big fan of these tiny waffles. You can see the Terminator himself buy a packet in the third installment of the Terminator movies!

After all this talk about food, you must be parched! You are in luck as Austria has you covered with many thirst-quenching beverages.

Apart from being a notable coffee-loving nation, other non-alcoholic options include Almdudler (a herby, carbonated sugar drink) and Skiwasser (translation: ski water). The latter is a common choice to reinvigorate you between hitting the slopes. It basically consists of raspberry syrup, lemon juice, and water (preferably from fresh from a mountain spring!).

But, let’s not forget the alcoholic options. For example, the subtle Grüner Veltliner wine is as famous across the world as Mozart himself. It is known to be a particularly food-friendly wine. Therefore, it has found a place on many restaurant wine lists worldwide.

To really get the party started, you can always opt for some schnapps. Schnapps is a typically Austrian (highly alcoholic) beverage, made from all sorts of distilled fruits and roots. On skiing holidays, my dad always has a willy mit birne – a type of pear schnapps – after his 12 pm coffee. He claims it makes you ski faster… Maybe it will make the quarantine go by faster too?

You cannot discuss Austrian music without mentioning the great composers. Many celebrated classical artists originated from Austria or established their careers there, in Vienna specifically). This includes Mozart, Strauss, Schubert, Salieri, and Beethoven. Vivaldi lived in Vienna for a brief period as well.

During the 18th and 19th centuries, Vienna was full of great classical musicians. This period earned the name ‘the Viennese Classical Period’, and Vienna was considered the cultural epicenter of Europe.

Transport yourself back to the Viennese Classical Period by listening to the works of these masters. If you want to witness these spectacular compositions in real-time, you can now livestream the Vienna State Opera!

The Austrian music scene shows more range than you might expect. We’ve already talked about the ‘fine art’ of après-ski music and the masters of the Viennese Classical Period, but let’s also consider a more recent ambassador of the Austrian music scene: Conchita Wurst (real name: Thomas Neuwirth).

She made Austrian history by becoming the second Austrian winner of the popular Eurovision Song Contest in 2014. These days, Tom performs under his birth name, but doesn’t rule out the possibility that Conchita might reappear in the future…

This quarantine is a great excuse to rewatch classics such as The Sound of Music (1965). The beautiful Austrian landscape and architecture in this movie will put you right in the Austrian state of mind.

Another famous tale is that of Sisi (1955). This movie portrays the tumultuous life of a young Princess Elisabeth “Sisi”. Austria has a rich royal history – its most notable royals were the Habsburg family. They were one of the most influential royal families in Europe and they dominated the political stage for nearly five centuries.

The iconic movie Amadeus (1984) is a true cinematic experience. This film was an instant hit when released. It was nominated for 53 awards, of which it won 40. It’s a deep look into the life of Mozart, as seen through the eyes of his biggest rival, Salieri. Not only is it a great film about one of the most famous composers of all time, but it also offers a glimpse of day-to-day life in 18th-century Austria.

Want something a bit more niche? Check out Snowfever (2004). Every year, countless Dutch people escape their flat-as-a-pancake homeland and head out to the Austrian Alps to ski. This is such a popular activity that the Dutch even made a movie about. This movie also briefly mentions the famous princess Sisi! Snowfever is cringey, but that’s what makes it so good! You’re bound to find a version with subtitles after some digging!

The Austrian lifestyle is filled with many traditions. Let’s start off with an Austrian Easter tradition. This tradition is quarantine-proof and can be done within the confines of your home! Eierpecken is a fun little game that is usually played at the kitchen table. Two people have to bump the pointy ends of two colorful hard-boiled Easter eggs against each other. The person whose egg remains intact wins!

Have a ball in your living room

How could this not be a tradition, especially with Austria’s extensive royal history? A big part of the Austrian lifestyle is to attend balls. Every year countless balls are organized throughout the country, where people Waltz the night away in their most beautiful attire. So whack on some Strauss, throw on your most elegant outfit, and let’s get this party started! Who needs a crowd? All you need is a dance partner.

Even the oldest zoo in the world had to temporarily close its doors due to the coronavirus. Located in a beautiful expanse of land near Schönbrunn Palace, the Tiergarten Schönbrunn is a must-visit when in Vienna. To still keep people updated about their cute animals, the zoo posts daily animal content on one of their many social media channels.

If you have time on your hands, you might as well put it to good use. There are many different apps online where you can learn some German, if you want to take the digital approach.

Even though German is the official language of Austria – and it will get you a long way there –locals actually speak Austrian German. Austrian German and regular German is something entirely different… Let me tickle your fancy by slinging some typical Austrian dialect at you!

Grüß Gott – Hello!/Bye! (Originally: may God bless you)
Baba! – See you later!
Krass – Awesome
Na? – How are you?
Oida – Dude (but, you can use it in many different ways)
Oachkatzlschwoaf – Squirrel tail

Hopefully, you will find these ideas on how to adopt an Austrian lifestyle at home helpful. It really is a beautiful country to visit. So, until we can actually step foot there, let’s stick to government regulations, nip this virus in the bud, and I hope to see you next year on the slopes!

Ready for more travel from your couch? Why not explore the world from home by watching these travel documentaries! 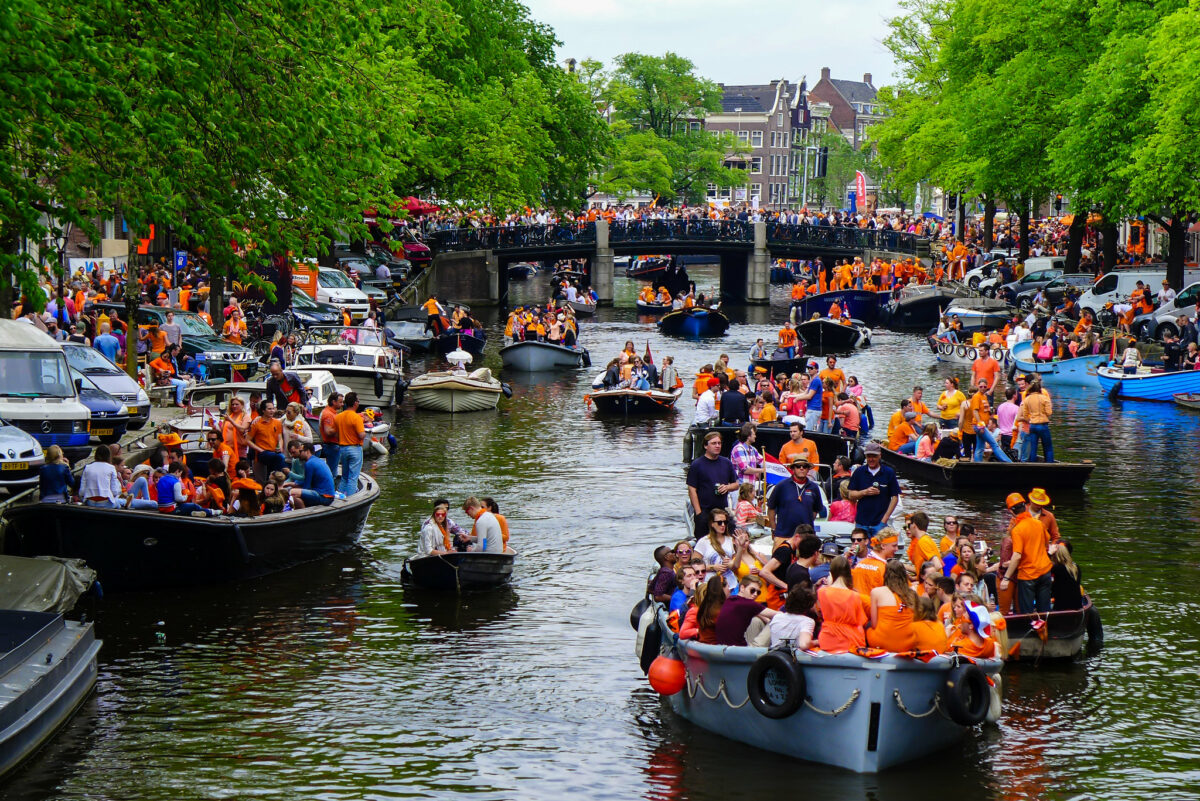 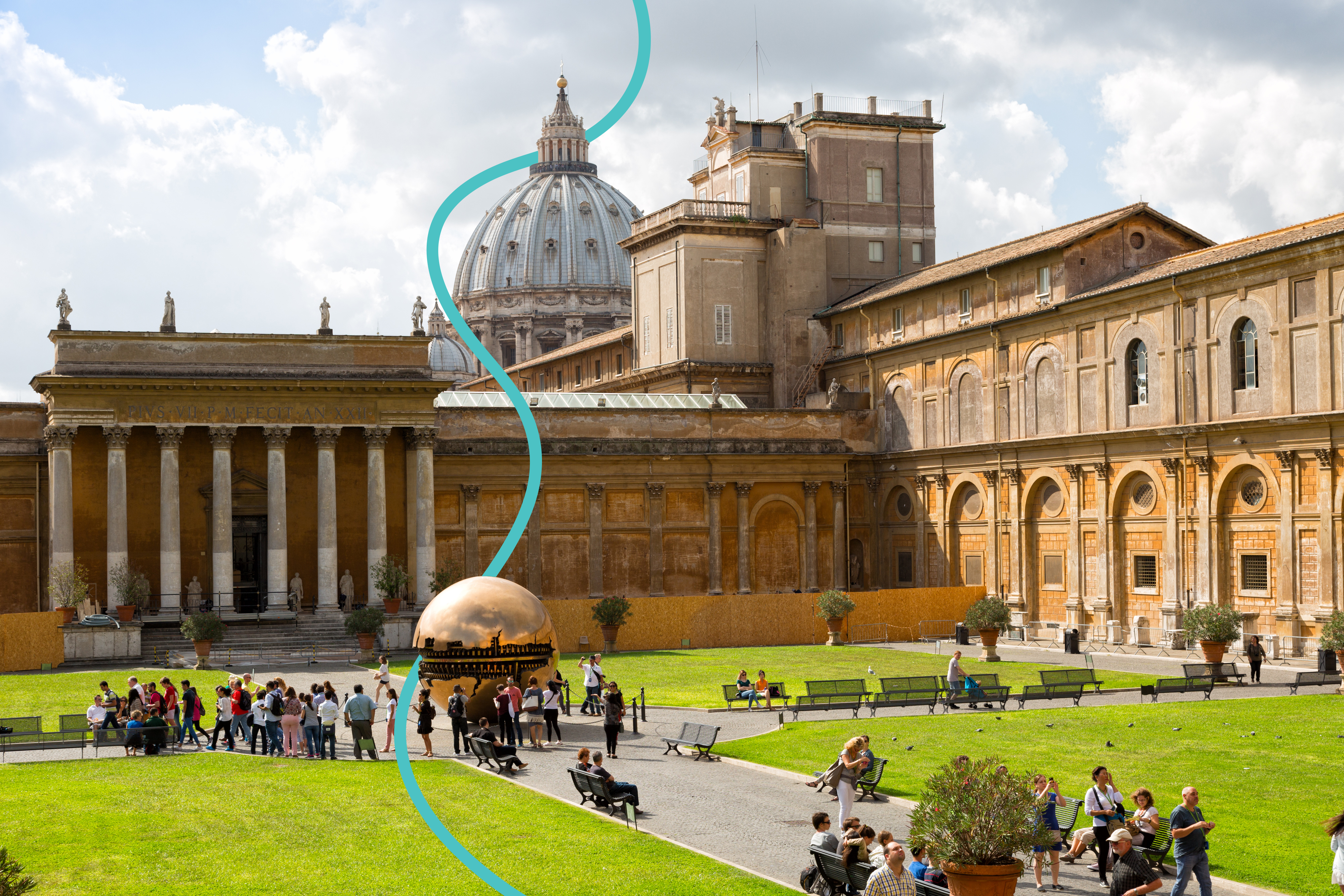 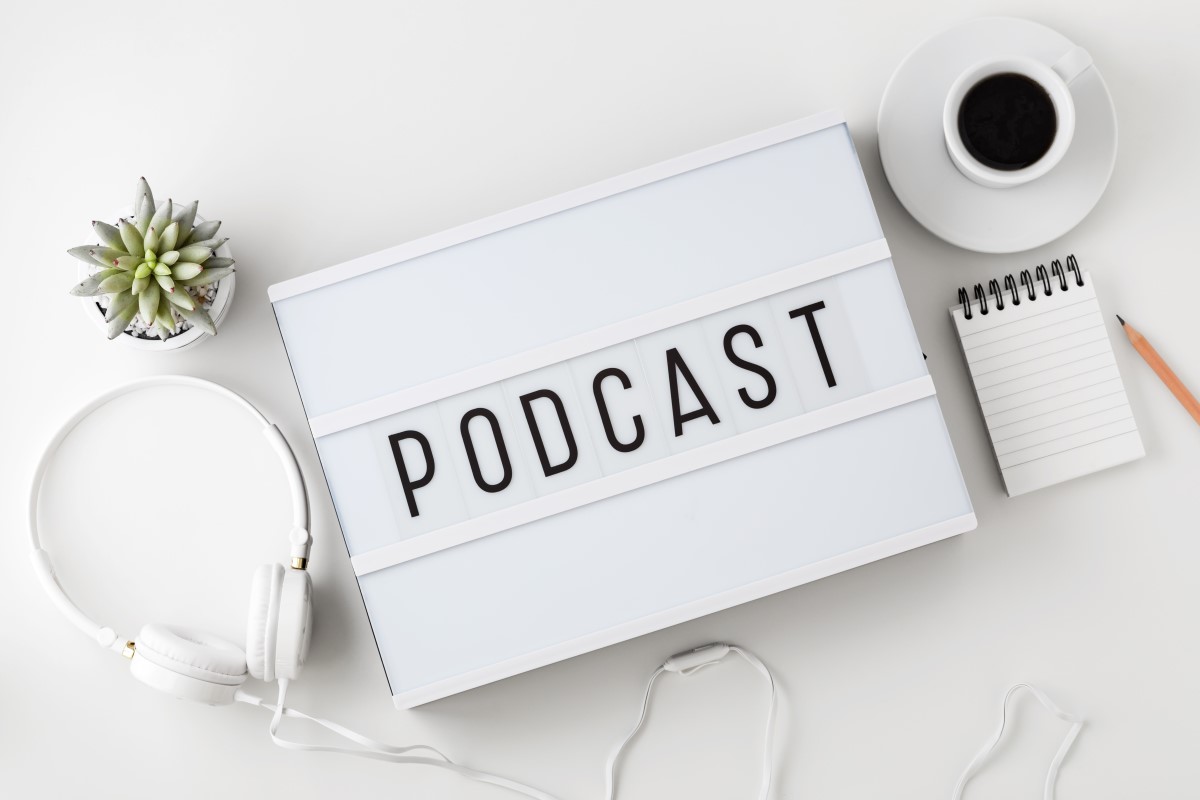