How to celebrate 4th of July across America 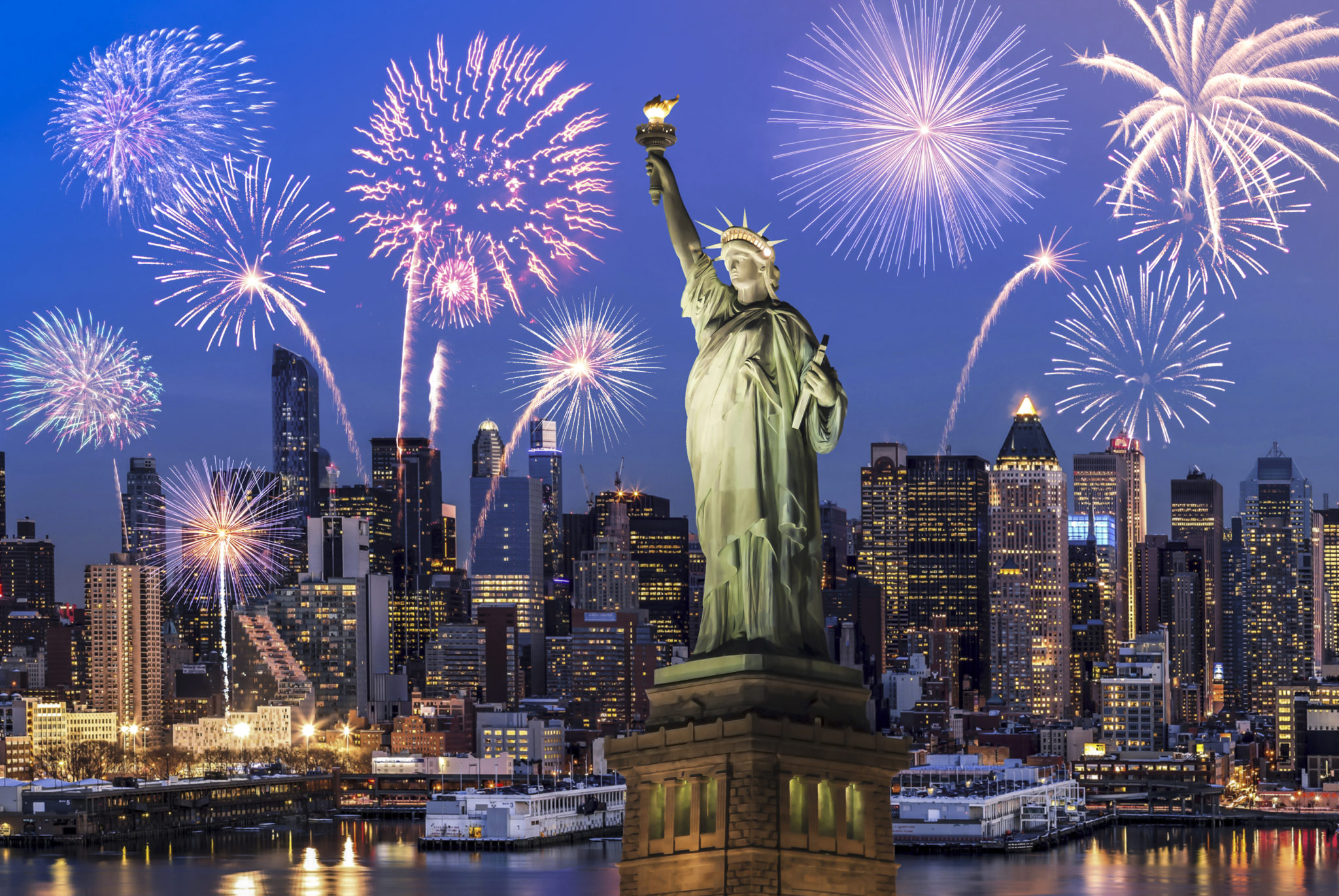 From chowing down on 150 million hot dogs, to splashing a billion dollars on beer, America knows how to throw itself a birthday bash. This year’s 4th of July celebrations promise another eruption of festivity, food, and fireworks, with parties planned from coast to coast. Here are of some of the best places to enjoy Independence Day 2018 around America.

Anywhere nicknamed The City that Never Sleeps is a safe bet for a great party. It’s no surprise that New York’s larger than life setting is the stage for some of the most spectacular July 4th celebrations in America. The city is lit up by 40,000 rounds of pyrotechnics at the Macy’s Fireworks Display, while Coney Island’s beachfront is a carnival of fun, with rollercoasters, circus acts, and hot-dog eating competitions. Definitely check them out in that order!

For a truly once-in-lifetime July 4th experience in The Big Apple, try a cruise on the Hudson to the Statue of Liberty, and watch Manhattan’s iconic skyline sparkle with cascading colors, under America’s monument to freedom.

Boston was the front line of the revolutionary war’s most intense battles. As the first city to declare a public holiday on the 4th of July, it’s fitting that Beantown hosts the largest Independence Day celebrations in the U.S today.  An astonishing 3 million visitors from around the world descend on the city for its week-long Harborfest, with Revolutionary War reenactments, cruises in the famous harbor, music events, guided walks around historical sites, and of course, thrilling fireworks displays. It’s a city-wide shindig in the place famous for throwing elaborate tea parties!

Keep an eye out for The U.S. Navy’s oldest frigate, The USS Constitution firing a 21-gun cannon salute to kick off the July 4th celebrations.

For all of New York City’s big green statues and Boston’s storied harbor, Philly is where America was born. The Declaration of Independence was adopted in the city’s Independence Hall, and it’s the city where founding father John Adams implored America to celebrate the occasion annually “with Pomp and Parade… Bells, Bonfires, and Illuminations from one End of this Continent to the other.”

It looks like the residents of Philadelphia were paying attention, and the city celebrates in true star-spangled style, with free entrance to museums and concerts, mesmerizing fireworks displays over the Delaware River and Philadelphia Museum of Art; plus huge street parades, outdoor movies, and the Historic Philadelphia Block Party.

Louisiana didn’t join the Union until 36 years after the Declaration of Independence was signed, so they’ve been making up for it ever since. New Orleans celebrates July 4th in classic Big Easy style, with parades, street parties, and bombastic fireworks displays. The city’s now-famous Go 4th On the River celebration is among the most dramatic sights in America, as two large barges face off on the Mississippi River, and fire synchronized barrages of pyrotechnic blasts into the night sky.

Unsurprisingly, the capital city of the United States is a happening place on July 4th. The free Smithsonian Folklife Festival kicks off on June 29th and runs until July 4th on the National Mall. With performances from the U.S. National Symphony Orchestra, Army Old Guard Fife and Drum Corps, it’s hard not to be enchanted by the patriotic party-time atmosphere. Parades with marching bands, military servicemen and women, and giant over-the-top floats fill the streets with music and dance before a jaw-dropping fireworks display takes place over the Mall and National Monuments.

If you’re looking for a more low key, but truly touching July 4th experience, make the 30-minute journey outside of D.C and pay a visit to George Washington’s Mt. Vernon home, where a group of immigrants will participate in the naturalization ceremony, and become U.S. citizens to the sound of military drums and daytime fireworks.  It’s hard to find a more all-American celebration than that.

The party isn’t over after 4th of July! Check out our USA products or read the blog for more travel inspiration.