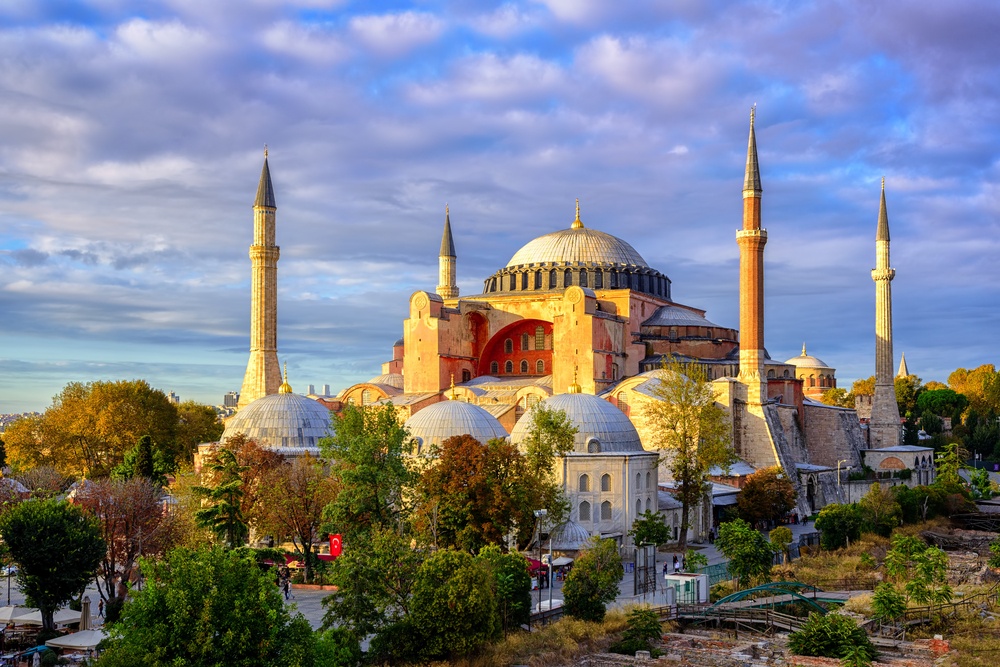 Istanbul is a colorful, vibrant, and busy city full of stunning architecture and people offering you special prices (only three times as much as they’d usually charge!) for their wares. It can be overwhelming to pick the highlights you want to see and figure out how to get everywhere when you only have a limited amount of time. Here’s another edition of our guide to making the most of a city in only 48 hours.

Relax with an Istanbul cruise

Here’s something you won’t read on most guides: Travelling is stressful. It’s hot, you’re tired, and gradually your travel partner’s jokes are starting to get annoying, rather than funny.

Don’t fall into the trap of trying to do as much as possible, regardless of whether it’s actually feasible or fun. Ask yourself what you’d rather have: a quick, blurry photo of every major landmark, or a memorable experience of a trip where you found yourself really enjoying your days.

Why not combine relaxation with sightseeing? Cruise along the Bosphorus, get unique angles on the local landmarks, and see both the Asian and European sides of this city spanning across two continents.

You’ll get the photos you want, and the quality time exploring a new city, without yelling for a taxi, trying to get your WiFi working for that Uber, figuring out how to get around – or resorting to that dreaded eyes-down shuffle while trying to understand if Google Maps is sending you the right way.

If you’re stretched for time and still want to see the sights, do it in style from one of the world’s iconic rivers. Cuisine fiends can sate their appetite too, with several cruises offering some delicious local specialties to go with the sights. Boat tours can also offer some real cultural experiences. Ever seen a whirling dervish? It’s as cool as it sounds.

Not seeing the Hagia Sophia is like going to Paris and not seeing the Eiffel Tower. It’s your choice, and you don’t have to, but it’s called the eighth wonder of the world for a reason.

This stunning museum formerly functioned as a mosque and an Orthodox cathedral, and influences of Istanbul’s past can be seen in its spectacular architecture. The Hagia Sophia’s iconic domes and spires are often the first thing that come to mind when we think of Istanbul, and seeing them in person is a fundamental experience for any traveler.

The exterior is striking enough, but if you have the time, we strongly recommend going inside. Actually, even if you don’t have the time, we recommend making some. The scale of the art and architecture within is something that has to be experienced first-hand to be believed.

From inside, the Hagia Sophia’s beautiful dome appears to float above you, as light pours in through the building’s ornate windows. It’s one of those rare experiences that suddenly makes you feel very, very small.

Walking tours are seriously underrated. Exploring a city by foot is the best way to really get a feel for its atmosphere. The only downside is that usually it’s pretty hard to find your way around a new city’s geography, and you might end up accidentally climbing a huge hill before getting completely lost.

The solution? Enlist a local expert and check out some Istanbul’s most spectacular landmarks, discover secret local hideouts, and get insider information on the sights, smells, and sounds of this bustling city. It’s much more engaging when you have someone right there to answer all your questions, and don’t need to Google everything yourself.

Some tours also include access to the Blue Mosque – one of the few buildings that can give the Hagia Sophia a run for its money. We recommend devoting a morning or afternoon to a walking tour, so you can relax afterwards knowing that you saw the biggest sights in the smartest and most efficient way possible. Hopefully you had some fun along the way too!

Find a highly rated cafe and sit down for a quick break, or fully immerse yourself in the local caffeine culture with a crash course in Turkish coffee making. Whatever you do, not sitting down for some local coffee would be a real missed opportunity. It’s dark, strong, and absolutely delicious. Make sure you don’t drink the grounds at the bottom of the cup though; they’re less delicious.

If you’re not a coffee fan, you’ll be pleased to know that tea might actually be the more widespread drink around here. Generally served in uniquely shaped little glasses, çay is ubiquitous around Istanbul. You might not even have to order it, if you’re lucky.

Looking for something a little… stronger? How about some lion’s milk? Don’t worry, no lions were involved during any part of the process. Rakı, which arguably has the best nickname in the world, is a popular Turkish spirit similar to ouzo. It’s strong, clear, and tastes a bit like anise. It’s also a great way to make some local friends.

Have you been to Istanbul? Think there are a few more unmissable activities in Turkey’s largest city?
Let us know on our Instagram or Facebook pages!