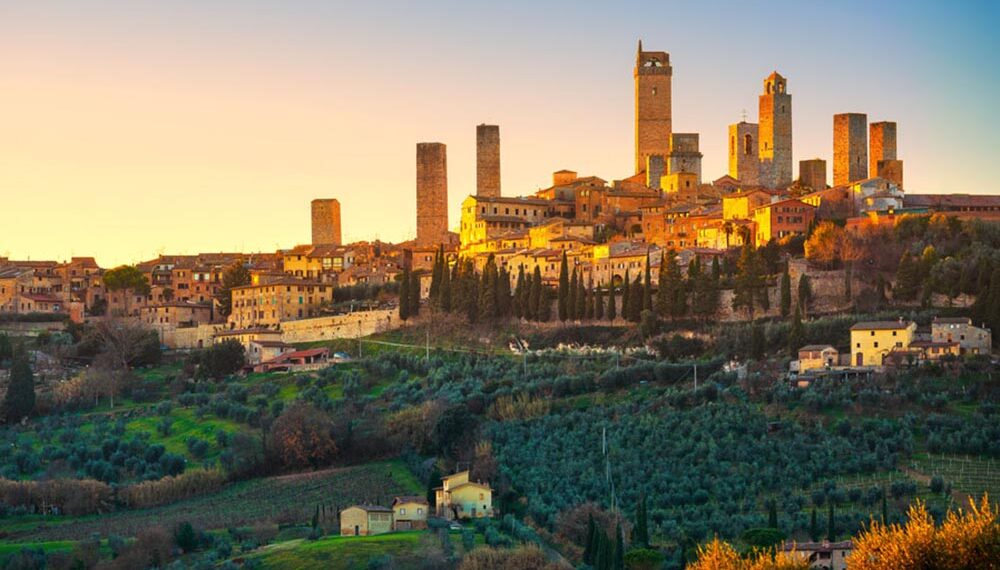 Visiting Italy is like joining a richly filled Italian dinner table: it’s full of fresh flavors, vibrant colors and you can’t possibly decide where to begin. To make your life a little easier (and your holiday a lot more fun!), we listed 12 must-sees in Italy.

The ancient Romans were one of the greatest civilizations of human history. And they were an incredibly complex civilization too! Just think of it: over 2,000 years ago, Roman society gathered by the tens of thousands to watch sports, just like we do now. Except, we don’t get the bloodbath.

To step inside the Colosseum is to feel the roaring energy of 80,000 ancient Romans standing on the tribunes, demanding a gladiator’s life to be taken – or granting him another day of fighting lions, elephants, and legendary warriors.

Once you have experienced Rome’s ancient roar, go walk among the ruins of the empire’s social and political heart at the Roman Forum. From Caesar’s grand speeches to Brutus’ backstabbing, this is where it all happened!

And don’t forget to climb Palatine Hill. This is the spot where Romulus founded Rome, making it the birthplace of one of history’s greatest empires! And the best thing is: we have one ticket for skipping the line at the Colosseum, Roman Forum and Palatine Hill.

Sitting atop a hill overlooking the Tuscan valleys, this ancient city was at the height of its riches during the Middle Ages – when it served as an important stop for pilgrims and merchants. The city fell into decline afterward, missing out on the sweeping renewal of the Renaissance that most Italian cities underwent.

And while the people of San Gimignano must not have been happy at that time, it does mean that now you have a whole historical center full of medieval grandeur to explore! Access to the Civic Museums, Town Hall, and the Archeological Museum will give a unique look into feudal Tuscany.

4. The Old Town of Genoa

The largest historic center in Europe is absolutely mesmerizing. Small alleyways wind past beautiful mansions, and onto small squares that have remained unchanged for centuries. There’s just so much to see and learn, making the Old Town of Genova perfect to explore with an audio guide in-hand.

Genoa’s historic center housed quite a few elites too. The coastal city was home to a ridiculously wealthy aristocracy, who left behind beautiful palaces for your enjoyment. The Rolli Palaces are Genoa’s most sumptuous example of how the rich bourgeoisie lived during the Golden Century.

And once you’re in Genoa, you need to visit the Aquarium of Genoa. Europe’s largest aquarium houses over 12,000 sea-dwealling animals. Some cute and cuddly, others large and looming — but all equally amazing. Have you ever had a mom manatee introduce you to her newborn; or seen a sawshark scour the ocean floor, looking for a prey to slash with its blade-like snout?

The Roman Empire might have fallen, but the folks at Vatican are doing just fine. The autonomous papal enclave is the center of the Roman Catholic world and draws millions of pilgrims and tourists each year. And, with the art inside the Vatican Museums and the Sistine Chapel (think Michelangelo’s and Raphael’s greatest works), that’s no surprise.

But Vatican City extends to beyond the walls of the enclave. The pontifical palace in Castel Gandolfo was opened to the public in 2016 and now you have the option to experience all things Vatican in a full-day package.

The Renaissance is one of the most defining moments in the history of — humanity, really. It was a time in which we exerted ourselves as scholars and artists, as real ‘Renaissance men’ do.

Florence is the birthplace of the Renaissance and, with its huge Renaissance collection, the Uffizi Gallery tells the most comprehensive story of Renaissance Italy.

Built on top of submerged islands in the Venetian lagoon, ‘The Bride of the Sea’ is a magical city that has remained virtually the same for over 600 years.

Italy’s grandest cathedral took about six centuries to complete. The result is a marvelous feature of craftsmanship unlike anything you’ve ever seen.

Apart from its amazingly detailed arches, spires, and sculptures, you need to visit Il Duomo to get the best view of Milan (and the church’s intricate stoneworks) from its rooftop. And did we mention the gothic cathedral has a museum too?

Imagine you’re an ancient Pompeiani enjoying a show at the local amphitheater (that seated around 20,000 people), when all of a sudden Mount Vesuvius emits a deafening roar and starts hurling volcanic debris at your beloved city!

When you visit the ruins of Pompeii (we have buses going from Rome to the ruins), you get a pretty good picture of how that must have been. Much of the city was preserved when it became covered in ashes, providing a unique look back in time.

You’ve probably never heard of the other town that was destroyed by Mount Vesuvius’ fury. Herculaneum suffered the same fate as Pompeii on that summer morning in 79 A.D., but this peaceful fishing town and its 4,000 inhabitants were surprised by a 16-meter high wall of mud instead of volcanic ashes.

This coastal city was unrivaled as a maritime power, and boy, did that supremacy pay off! The Leaning Tower of Pisa is famous for its beauty and its angle, but the crooked campanile is just one of the buildings that the old Pisans built to show off their riches. So what else does Pisa offer?

The answer awaits you at the Piazza dei Miracoli. Miraculously stunning as it is, you’ll find the Tower of Pisa standing alongside the Baptistry, the Cathedral of St. Mary of the Assumption, the Monumental Cemetery, and the Sinopie Museum!

When, in the 18th century, the Bourbon kings of Naples demanded a royal palace, they wanted it big and opulent. What they got was more than they could’ve dreamed of.

The Royal Palace of Caserta is not only the most spacious palace in the world, it is also built in harmony with its surroundings. The magnificent palace, its vast parks and lush gardens, the additional silk factory, and the hunting lodges are all part of the woodlands that surround it.

Want to know what else Italy has to offer? Have a look at our main page!