The world’s cultural sites that deserve a special mention in the big book of human history definitely deserve to be on your personal travel list. There are over 1,000 sites on UNESCO’s World Heritage list, so we listed a few of the most important places that are easy to visit. Here are 11 World Heritage Sites for your bucket list.

Lady Liberty, or Liberty Enlightening the World, is New York’s gentle giant breaking away from her shackles. She is the symbol that reminds us freedom is meant for everyone.

Ellis Island was the gateway to the United States for 12 million immigrants in the first half of the 20th century. Nearly half of all Americans have someone in their family line who came in through Ellis Island.

Together, a visit to the Statue of Liberty and Ellis Island make a powerful statement for tolerance and diversity.

The Alhambra is Granada’s majestic complex of fortresses and palaces. It was left by the Moorish sultans who ruled over Al-Andalus (medieval Muslim Spain). The Nasrid Palaces, built by the Nasrid dynasty of rulers, are the most stunning example of Muslim architecture you’ll find in all of Europe.

The Muslim kingdom and their Christian neighbors were at war pretty much all the time. That’s why Charles V thought it was suitable to build his own palace inside the Nasrid fortification that his grandparents had conquered. The palace was never actually used as a residence — and it wasn’t until 1957 that it got a roof!

We can get you skip-the-line access to all palaces with a guided tour.

The Native Americans who lived here named it Pahayokee, which roughly translates into ‘grassy waters’. The name hardly covers the immense Floridian wetlands that are also mangrove forests, pine flatwoods, and a paradise for hundreds of interesting animal species — including crocs, gators, panthers, and Burmese pythons.

The only way to properly explore the River of Grass is by taking an Everglades Airboat Ride right into the heart of Southern Florida. The ride won’t only prove to be exhilarating, but with the help of the expert staff, you’ll get to spot the local wildlife too.

Are you not so fond of people beating the crap out of each other for the sake of religion? The city of Toledo understands that — it has done so for a thousand years. Toledo is a medieval town where Christians, Muslims, and Jews lived together in peace, giving it the name of the City of Three Cultures.

Toledo is a historic example of how a little peace and harmony can create a beautiful and thriving place to live. As a matter of fact, the place is so beautiful that the whole city was declared a World Heritage Site. Either plan a day trip to Toledo, or catch a train from Madrid and use a Toledo Card with Priority Entrance when you get there.

If it weren’t for windmills, the small village of Kinderdijk would have never existed. The tubular houses with rotating sails were an essential part of traditional water management in the Netherlands, acting as pumping stations to keep the ever-rising sea level from flooding the land — most of which is almost 7 meters below sea level!

Hop aboard a sailing ship to get a roundtrip from Rotterdam to Kinderdijk, where you’ll enter a working windmill to see it pump water up an Archimedes’ screw. Also, you’ll get to wander around the many dikes, bridges, and remaining 18 windmills that make up the most picturesque waterscape of Holland.

The fantastical Abbey of Mont-Saint-Michel sits on a tiny island off the coast of Normandy, where for centuries zealous monks worshiped the Archangel Michael. Ever since 708, pilgrims would undertake an epic journey to arrive at the rocky shores of Northern France, where they would find the majestic abbey rising high above the sea, perfectly safe from the sweeping tides.

Arriving at Mont Saint-Michel, you’ll experience the same euphoria as those pilgrims had over one-thousand years ago — because the sight of the abbey that withstood the assault of man, time, and the elements is still breathtaking.

Try wrapping your cultural head around this: a river island right in the heart of Berlin, housing five world-renowned museums that are artworks in themselves, making the island a World Heritage Site — and each of the museums holding a world heritage of culture. Mind blown.

Take, for instance, the Pergamon Museum. The massive museum is home to three museums that hold 2 out of the actual 7 Wonders of the Ancient World. Mind blown — again!

Another great thing about the museums huddling together on an island is that you get to visit all museums with one ticket!

Question: what does it take to start the world’s most important collection of living plants?

Well, you need about to spend about 240 years collecting rare plant species from all over the world. Having a genius like Charles Darwin to do the collecting for you helps a lot. Also, you need 121 hectares to accommodate 10 different climates, a 10-storey pagoda, a royal palace, a few art galleries — and, of course, all of those plants.

Finally, you need to be able to offer visitors a way to beat the queues to one of London’s most popular tourist attractions. Get online priority entrance tickets to the Kew Gardens & Royal Palace.

Right between Prague’s Vltava River and Old Town Square lies Europe’s best preserved Jewish Quarter. Known to its original residents as Josefov, the Jewish people of Prague were forced to move to this segregated neighborhood back in the 10th century.

However, the somber reason for Prague’s Jewish Ghetto being so well-preserved is the Holocaust. Hitler wanted to turn the area into a ‘museum of an extinct race’. For that, he collected Jewish relics from all over Europe and brought them to Prague, making sure the Jewish way of life was laid bare in these quarters. History took a brighter turn and, although the area is, in fact, a museum for the Jewish way of life, there are many Jewish citizens in modern Prague.

The Jewish Quarter offers a fascinating walking tour of its monuments, synagogue, and Jewish museum.

When, in the early 1900s, Domènech I Montaner designed his Modernist hospital complex, he asked himself: “What makes a healthy patient?” The answer, to him, was simple — apart from a good team of doctors, patients need a tranquil environment filled with both architectural and natural beauty, for healing the spirit and mind.

Visit the Sant Pau Art Nouveau Hospital for some spiritual healing, as you wander around beautiful pavilions, underground tunnels, and colorful gardens — all in the iconic style of the Catalan Modernistas.

When Machiavelli listed the ‘five good emperors’ of the Roman empire, he made sure to include Hadrian.The emperor-by-adoption was a good guy, right? He loved Greek culture and some regarded him a humanist. But he also built a great wall and had his drowned lover worshiped as a god throughout the empire.

Another reason for him being a great emperor: building a complex of sumptuous villas, bathing houses, decorative pools, and other cool structures – of which the maritime theater and artificial island deserve special mention. A visit to Villa Adriana gives you an incredible look into life as a Roman elite and architectural grandiosity of that time.

Do you have space left on your bucket list? We have a lot more World Heritage Sites on our website! 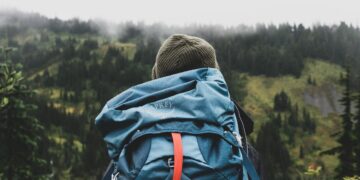 Bright-Eyed and Bushy-Tailed: A Guide To Your First Time Backpacking 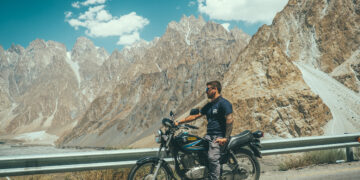 That Nomadic Life: Long-term Travel Advice From the Broke Backpacker’s Will Hatton

These are the best money-saving city passes worldwide