10 Alternative Activities in Rome without the Crowds 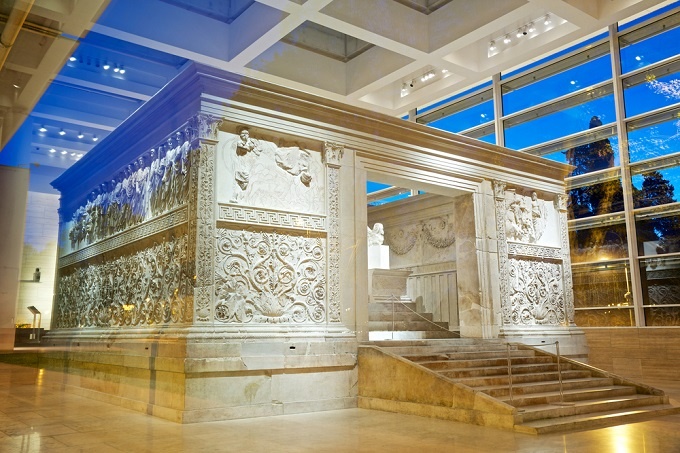 We’ve already listed some of Rome’s unmissable spots, but don’t stop there – the Eternal City has so much more culture to offer, and it’s equally enthralling.

If you think you’ve seen all that Rome has to offer, think again! These alternative venues will delight you just as much:

What did ancient Roman villas look like? Good question. Sure, there are lots of ruins scattered around the city, but nothing immerses you in Ancient Roman domestic life quite like Domus Romane. Situated under the Palazzo Valentini, this unique attraction takes you on a virtual tour of a typical Roman house before the centuries had their way with it. It’s all brought to life with cutting-edge augmented reality technology. Rome is full of grandiose historical sites, but we guarantee this lesser-known activity will be a unique experience you won’t want to miss.

Love a good art museum, but find yourself underwhelmed by the basic decor? Look no further than the Colonna Gallery. Housed within a stunning Baroque-style palace, this gallery is an artwork in itself. After you tear your gaze away from the building’s gorgeous architecture, you can peruse masterpieces by Carracci, Bronzino, and Guercino. Make sure you look up and take in the numerous frescoes adorning the building’s ceilings – they’re just as impressive.

Continuing with the theme of art in cool buildings, the Centrale Montemartini gallery is housed inside a former thermoelectric power station and features numerous ancient Greek statues and other sculptures juxtaposed with a decidedly industrial backdrop. The striking counterpoint of ancient and modern in this unique space is definitely something you’ll be raving about long after you leave.

Speaking of modernity, if you happen to stroll through the gorgeous Villa Borghese and you’re craving something new amidst all of Rome’s old, stop by Italy’s National Gallery of Modern Art. This huge collection of modern art features the likes of Van Gogh, Mondrian, Giacomo Balla, Umberto Boccioni and other masters from the 19th and 20th century. With names like that, it may not seem like one of the more alternative activities in Rome, but it’s grossly underrated in this art-saturated city.

Encased in a modern structure made mostly of glass, this museum is dedicated to the intricate and striking altar of peace, which was excavated and reassembled from fragments after being submerged in mud for over 1000 years! Although this attraction is on the smaller side, the altar is truly a feast for the eyes and is probably one of Rome’s more important monuments. The recent addition of a VR feature has turned this ancient attraction into an immersive modern experience that’s sure to delight the younger ones.

The Opera at Capuchins Crypt

If you’re into music appreciation, but find most concert venues to be too cheery, look no further than Capuchins Crypt. This shocking crypt is lined by over 4.000 bones of Capuchins friars (including a few mummified bodies still wearing the clothes of their order), and regularly hosts opera concerts within the chapel. It’s a uniquely moody experience and a music lover’s dream. Fun fact, the crypt is located near Piazza Barberini, made famous by the film La Dolce Vita. So, if you’re into reenacting a classic Fellini scene, now’s your chance. Tickets can be found here.

Originally intended as Emperor Hadrian’s retreat, but turned into an official residence because of his fondness for the villa, Hadrian governed Rome from this little oasis just outside of the city. The easily accessible Villa Adriana is home to ruins of ancient pools, steam baths, and fountains spread across lavish gardens, making for a perfect getaway from the hustle and bustle of Rome.

The Stadium of Domitian

Built as Rome’s first permanent venue for gladiator games and competitive athletics, this UNESCO World Heritage Site is hidden beneath Piazza Navona, just waiting to be discovered. The ruins of this U-shaped stadium offer a first-hand glimpse into Ancient Rome’s obsession with sports, and they’re a great supplement to a Colosseum visit. The scale and grandeur of the Colosseum may have overshadowed the Domitian Stadium over the years, but this smaller arena was an equally popular venue for bloodsports and other family-fun outings in the ancient empire.

Palazzo Braschi, the Museum of Rome

Piazza Navona offers another incredible museum, which traces the history of Rome. The neoclassicalPalazzo Braschi has an immense historical collection with over 100,000 pieces,  including paintings, drawings, photographs, statues, furniture, and costumes. Look out for unique items like an original design of the Trevi fountain and a rare old photo of the Pantheon.

The Baths of Caracalla

Isn’t it nice to pamper yourself once in a while with a rejuvenating spa day? Well, for the Romans, treating themselves was a weekly, sometimes daily ritual. Spread across 25 hectares of green space, the Baths of Caracalla offer a nice little sneak peek into Ancient Rome’s best-preserved spa. it’s well worth a visit for the gorgeous mosaics alone.

What are your favorite alternative activities in Rome? Let us know on our Instagram or Facebook accounts!